I was actually pretty good at them! When I competed in Strongman, carrying events were generally something I did well in competition. My large hands that served me well in my basketball days also allowed me to excel in things like farmer’s carries. The best I ever did I want to say, was carrying 300 pounds in each hand. The motivation in me sharing this with you is NOT to brag about what I did once upon a time. Rather, when I tell you that most people probably shouldn’t be doing loaded carries, it isn’t because I have never done them or wasn’t any good at them. Instead, there are real issues that most people don’t realize when it comes to loaded carries.

The research that stimulated a lot of interest in loaded carries and core training was done by Dr. Stuart McGill and used high level strongmen as their subject group. I bring that up because obviously strongmen have quite a bit of strength training behind them and a level of fitness that most would not possess. This isn’t to say that strongmen need to be aware of the issues I am about to address with loaded carries!

What To Be Aware Of With Loaded Carries

Whenever I speak about loaded carries we have to first appreciate that locomotion is THE MOST complex pattern we can perform (discuss this in much greater detail in my Top 5 Mistakes of Functional Training Webinar HERE). We fail to realize this as we take for granted that our body performs this task without giving it any thought. To give you some perspective, here are some aspects fitness professionals and enthusiasts should be aware of in thinking about loaded carries…

-Walking has 6-8 phases to the motion, more than almost any exercise we can think about in the gym.

-60-70% of our time walking (running is 100%) on one leg. That is a lot of instability especially when you think about our movement has direction, change of direction, acceleration and deceleration needs.

-We move in all 3 planes of motion which most fitness programs are still predominately singular plane (mostly sagittal plane) where the need to RESIST unwanted movement is essential. 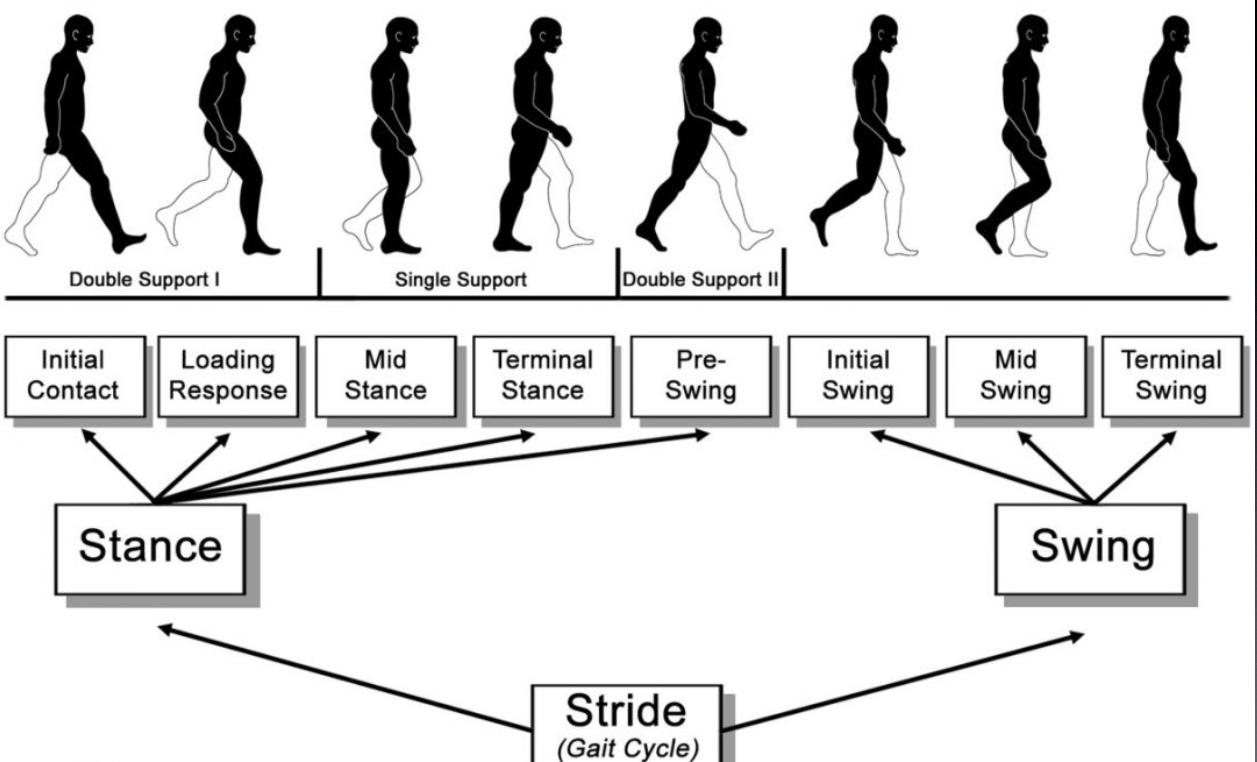 The amount of additional concepts we could discuss are extensive and a bit beyond this blog post, but hopefully you get the point! While most of us wouldn’t think you could walk “wrong” the reality is that you could do so just as much as you can squat or deadlift. Just because we are able to get from point A to point B doesn’t mean we do it well. It is much more an indictment of our industry not educating people or discussing these topics more than anything. Coaches just aren’t taught these concepts in our national certifications, messed up right?

As renown physical therapist, Gray Cook has said, “don’t put fitness on dysfunction”. For many, we don’t even know what to look for in how people walk so we should be asking ourselves if doing loaded carries is something we should be having people do in the first place? Without getting into a much BIGGER discussion, here are some drills I would look to use with people before we use loaded carries. If they can do well with these drills and progress, then we can have at least more confidence we are doing more good than hard with people.

A HUGE misunderstanding of functional training is that it is about replicating what we do in life, that isn’t what functional training is about. What we look to do in functional training is to increase how the body is able to function, that of course requires us to also realize that we need to know HOW the body works in order to achieve this goal. An important starting point is looking at how our core functions because it has such influence over our pelvis, lower, and upper body movement as well. 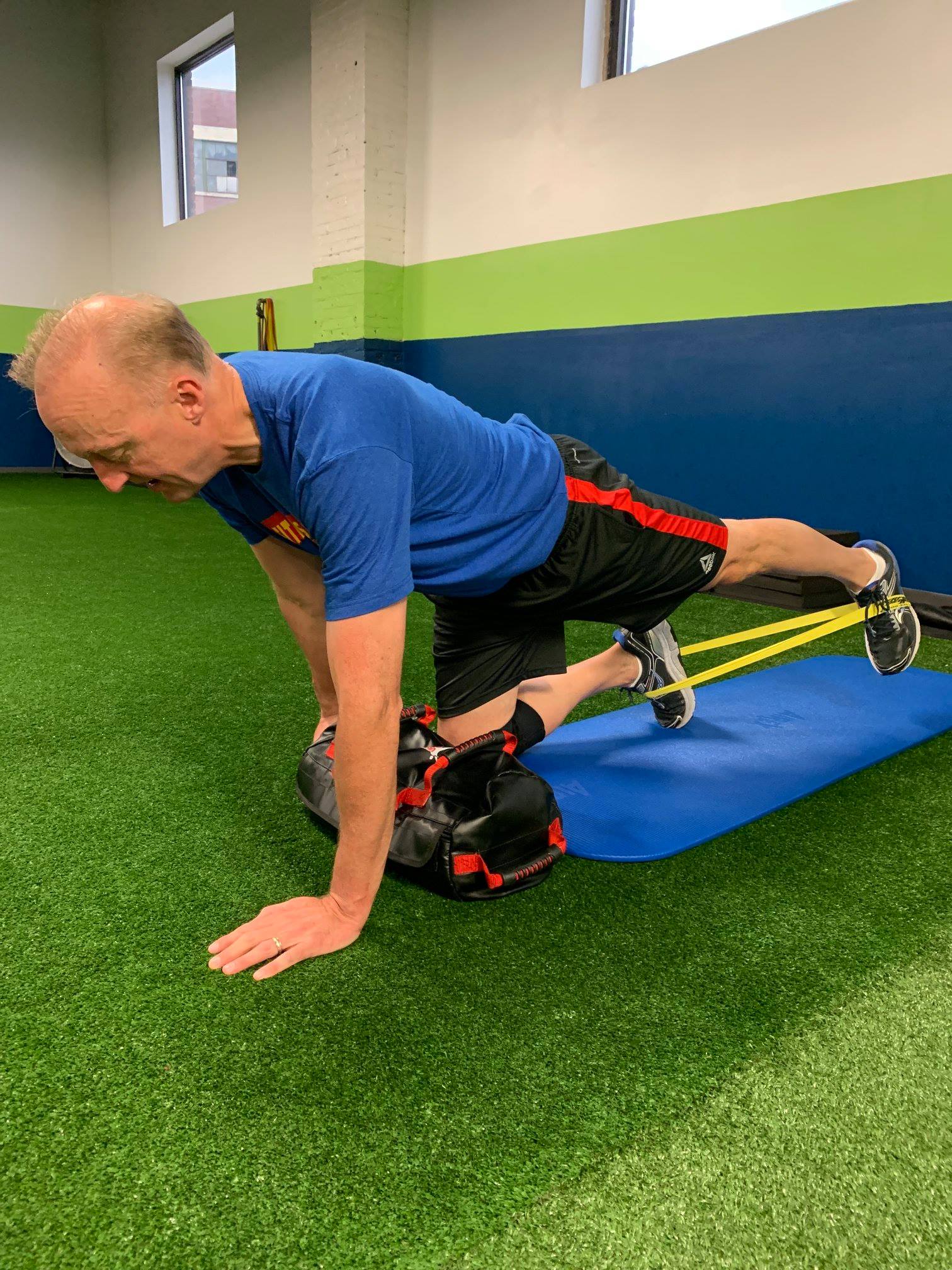 Looking at ground core exercises is about as foundational as we can get, so we can have confidence that if we are seeing compensations HERE then there are far more that we may not be so easily seen in loaded carries. That is why we focus so much in DVRT with dead bugs, bird dogs, and side planks. The dead bug is the same as a bird dog just in a more stable environment (done on the back, not where we have to hold our own body up and resist as much movement). Both look to see how we control our pelvis and integrate the cross patterns (opposite arms and legs) in the movements. They challenge us to resist other planes of motion and have the foundations of good core stability that will help us in loaded carries.

DVRT Master, Cory Cripe does a great job of the cuing and intent we put behind drills like our DVRT dead bugs

Side planks may outwardly appear as they have NO relevance to loaded carries, but quite the opposite! The reason that people like Dr. Stuart McGill are proponents of loaded carries was their ability to train the lateral chain of the body. The one that keeps us from moving excessively from side to side. Well, side planks are as about foundational to building that lateral chain strength as there is and we can learn so much from having people work through these progressions.

Megan Berner of Fitness Lying Down explains what you might NOT know about side planks!

Probably like most people, I put lunging far on the back burner early in my career compared to squatting, deadlifting, and so forth. It was more of the “vegetables” of my workout dinner. I knew they were good for me, but I really wanted the fun stuff more so, the things I knew I liked doing so much more because I was better at them.

Even if you have never read a study before you can see above how lunges can activate just as much, if not often MORE muscles than many different squats. Oh this was a bodyweight lunge to a weighted squat too!

Over time, I have learned that lunging should actually be prioritized in our training. They have so many of the functional training qualities we would look for in functional training. Just by themselves we have to resist the frontal plane, the pelvis has to be stable, and we have direction that requires ability to accelerate and decelerate in a reflexive manner. The lower leg and hip stability are also great tie ins to why lunging should actually be a pre-requisite to loaded carries.

Physical Therapist, Jessica Bento, explains why half kneeling is a great starting point in explaining what is needed in good lunging.

Of course the issue is that most feel like they can’t perform lunges or they have pain when they do them. This has far more to do with progression and cuing than it does the movement pattern itself. I have learned that the issues that cause problems for people in lunging carry over greatly to how they move in life and would only set them up for issues in loaded carries.

Mobility and Stability Training Progressions!!!⁣ ⁣ Using progressions and regressions is truly a game changer for me as a coach. It helps to accommodate different levels of people and still working on the same qualities. ⁣ ⁣ Using the lunge as an example, the first video shows how to improve core stability and #hipmobility at the same time. Pulling the sandbag into the body and creating a slight thoracic rotation taps into the anterior oblique slings which is responsible for stability and connecting the upper body with the lower body as well as rotational movements.⁣ ⁣ The two exercises are night and day! However they still have the same qualities.⁣ ⁣ Mobility in the hips ✅⁣ Overall Stability ✅⁣ Integration of Upper & Lower Body ✅⁣ Rotational Core Work ✅ #ultimatesandbag #dvrt #functionalfitness #functionaltraining #corestrength #hipmobility #flexibility #coreworkout #gluteworkout #performbetter #mobilitywod #mobilityexercises #coreexercises #functionalmovement #rehab #warmupexercise #correctiveexercise #injuryprevention #fitnesspro #fitnessgoal #physicaltherapy #physiotherapy #homefitness #stayhomeworkout #coronaworkout

DVRT UK master, Greg Perlaki shows the parallel in two drills that may not seem like they have a lot in common, but the first is an important building block to get to more advanced movements!

If you think lunges played second fiddle to squats and deadlifts then step-ups are probably the younger brother/sister to lunges. Most think of cheesy step classes when it comes to lunges, but step-ups have huge power to them. Not only have they been shown to be incredibly effective in comparison to lunges, squats, and deadlifts (as you can see below), but they are actually a very similar movement pattern to loaded carries.

The lateral stability, the need to be on one leg, are just a few of the many similarities that step-ups and loaded carries have. However, we can scale step-ups much easier using these DVRT concepts…

-Changing the height of the step.

-The direction of the step.

-How we load the body.

Megan does a great job breaking down why step-ups are more important than you may think!

Looking at the bigger picture helps us see that loaded carries are good, just far more advanced than we think. We cover a lot of this in our DVRT Online certification (you can get HERE for 25% off with code “save25” as we discuss these ideas in both L.I.F.T. and our Restoration programs), but I think these points highlight the message. In order to really optimize functional training we have to possess a greater understanding and connect the dots of our movements. Doing so always us to make more people successful and have more options in problem solving. Loaded carries aren’t bad, but just need to be mindful of ideas as I share below.