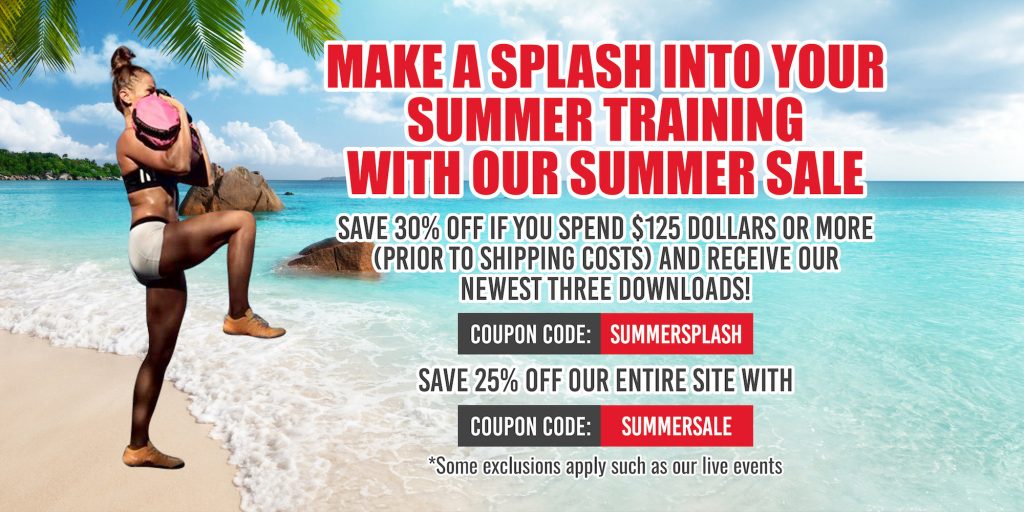 A bit over a week ago was the last of 7 Perform Better events that I got to present at and share our DVRT education. With it being the last one, I wanted to really go all out and try being a little less diplomatic about things because our job is to help people filter the overwhelming amount of information that exists on the internet. A topic that I actually didn’t expect to get such a response was the way we look at glute exercises. 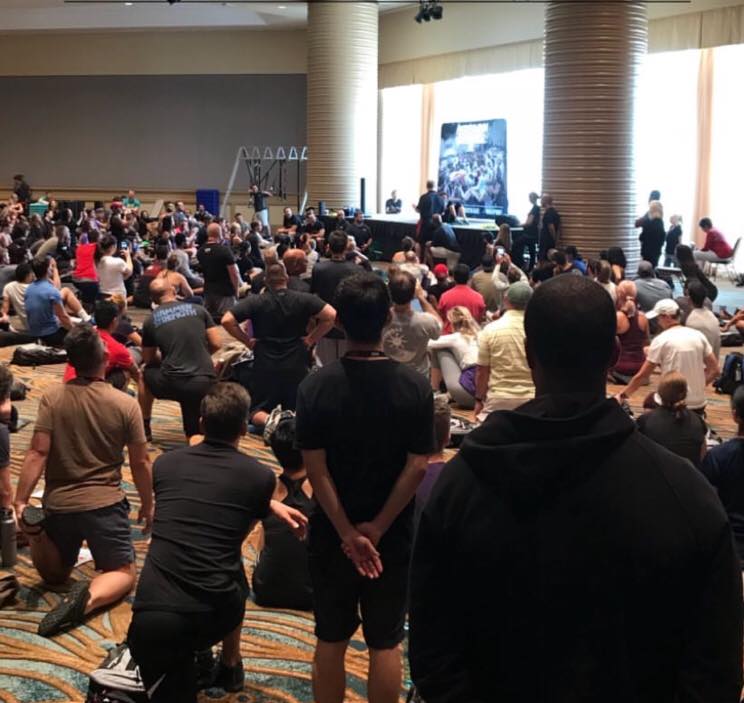 One of the big reasons we have seen an explosion of glute exercises in fitness programs was because we were told that stronger glutes will help low backs. Since low back pain is such a HUGE problem in our society, it makes sense the use of good glute exercises would really become popular.

However, when I ask fitness professionals WHY and HOW the glutes help the low back, I am surprised how many really don’t know. Knowing such an important point will have a very big impact in how you perform your glute exercises. 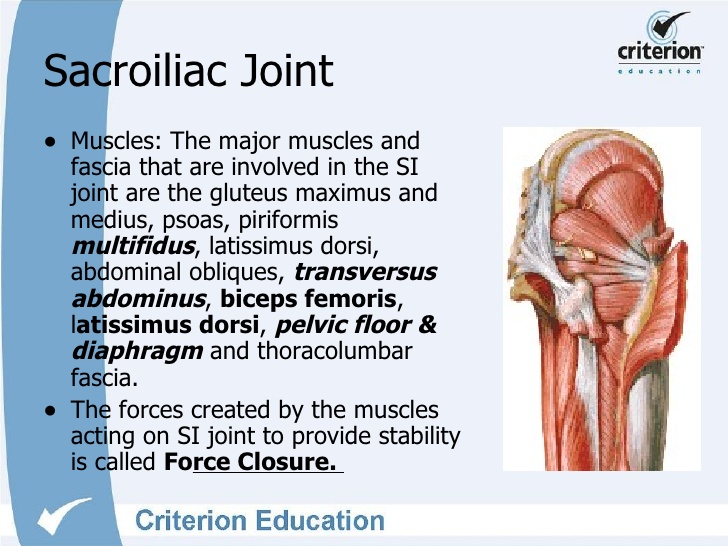 The above covers the key reason that glute exercises play a role in helping the low back. It has to do with what is known as force closure of the SI joint. Many people actually don’t experience issues of the spine as much as they deal with instability of the SI joint. Trust me, that still REALLY hurts, but this instability is more of an issue for most people with low back pain.

Because we are made for walking, running, basically locomotion. The SI joint is SUPPOSE to get stability from a combination of synergistic motions of the pelvis and core. As you can see in the image there is no ONE muscle that is really important, but how the muscles work together that is really important. That is where we go back to our fascial systems comes back into play. 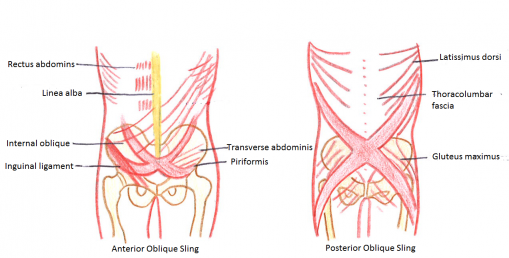 As you can see, our body is designed to naturally work together to create stability. However, due to injury, lack of moving, weakness, whatever, we lose this connection. So, when we use glute exercises it isn’t JUST about the glutes, but how we connect these chains of the body. That is why how most people approach glute exercises is simply missing the goal!

Training the body in natural ways actually gets us faster results and more purpose to our training. Combining the core and glutes in these types of DVRT exercises that Greg Perlaki demonstrates, makes them stronger and look better!

A good comparison is something like the biceps that just run up and down. A simple design means they do relatively simple actions. That is why it is so frustrating when people quote research, they find the research that shows the glutes only doing one thing. Why is that a problem? As Dr. David Tiberio explains;

“The traditional approach in the movement professions has been to test and train in a single plane (one-dimensional). Exercise equipment, that has been developed to focus and challenge the body, frequently drives the body in only one plane. Training is one plane can develop flexibility, strength, power, and endurance in that plane, but these attributes of function will not automatically transfer to the other two planes. In fact, it could be argued, since muscles are activated by neural sensors (proprioceptors), that training in only one plane will inhibit the utilization of the other planes during functional movements that require three-dimensional Motion.

Think about it … our hip has the ability to flex and extend in the Sagittal Plane, adduct and abduct in the Frontal Plane, and internally rotate and externally rotate in the Transverse Plane. How can you facilitate all these motions, naturally? One way is to lunge forward, backward, to the same side, to the opposite side, rotate to the same side, and rotate to the opposite side.”

Understanding this important concept will help you choose better glute exercises and progressions as well as understanding how to interpret research properly.

As I was explaining these concepts to some of the coaches I was speaking with, I could tell how they were in conflict. Especially when they asked me, “so, what if my clients just want a better butt?”

I get the question, but my question back is why would training the glutes as they are designed to function NOT give you great results in better butt training? The truth is the question is, “how do bigger weights NOT give us the result that lighter weight that are moved in these weird ways do?”

Trust me, I could see how that would be confusing. Stressing the glutes though in how they work would ONLY lead to both functional and cosmetic improvements. Especially when we realize that the glutes don’t work by themselves so they wouldn’t be trained optimally if we do NOT incorporate the chains they work in. That includes focusing on the feet and navigating gravity, as well as including important chains like the posterior oblique system below. 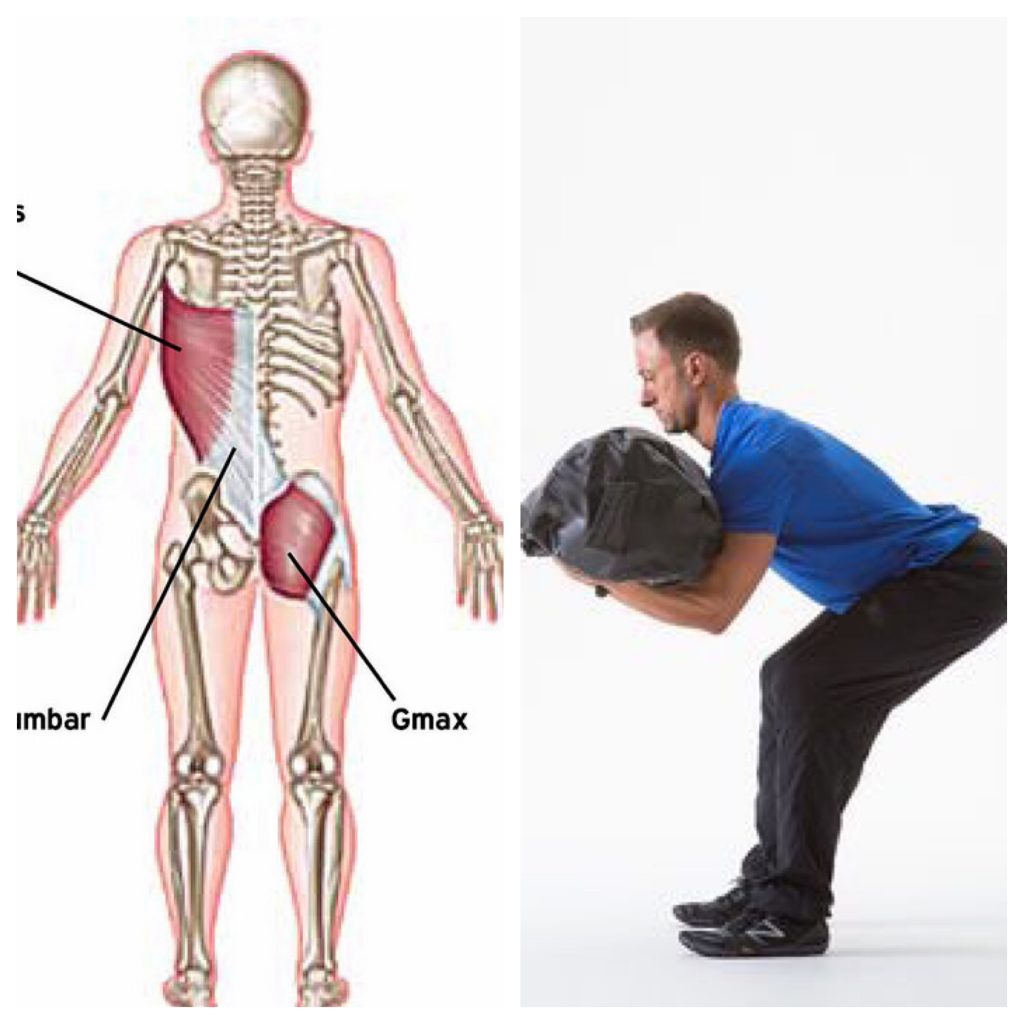 When you look you see how the lats and obliques of the opposing glute actually run in the same direction. These muscles all work synergistically to tighten the thoracolumbar fascia to stabilize our spine during walking and running. Trying to isolate the glutes will give you a nice burn, but what if we could really get people to FEEL their glutes while also making them work better?

That is why these DVRT glute exercises aren’t about doing something different, they are about training the body better! The DVRT exercises below allow us to accomplish the optimal health, function, and looks of the glutes!