We live in a really weird time, where people are just looking for black and white answers. Listen, I get it, I would love for fitness to be one of those things that we tell you to just do THESE exercises and all your results will be met. Heck, I know there are plenty of fitness “gurus” that will just do that! However, if you pay attention to them long enough you quickly realize they don’t have the answers either. You will see them jump around to different exercises over times proclaiming now THIS exercise is the best thing ever.

That’s frustrating isn’t it! The hardest thing in fitness isn’t the workouts, but changing attitudes towards fitness. For example, people want to know the best exercise for this or that and we talk about “movement” at the same time. What is one to think? That is why I thought to illustrate the importance of systems versus exercises we would look at an exercise like the single leg deadlfit.

In reality, the problem with the single leg deadlift is not the exercise itself, but how we implement and teach it. Most times we go from teaching a standard deadlift to single leg and that would be equivalent to jumping HUNDREDS of pounds of weight in an exercise from set to set. Except, instead of using load we change stability so drastically on people that they have a hard time succeeding.

Jessica demonstrates how we can build the deadlift with changing direction, holding position, and body position. Unique to DVRT concepts.

No longer do we have to go from bilateral right to unilateral, but we can make the single leg deadlift far more progressive. In DVRT we really focus on three variables that most people ignore….body position, load position, planes of motion. In lower body dominant exercises like the single leg deadlift we often go change the holding position first, then body position, then plane of motion.

What am I talking about? The great thing about our Ultimate Sandbag is that we can change the placement of load to make the exercise more challenging or to train a specifically quality. For example, instead of JUST going heavier on the bilateral deadlift we can take people to the Front Loaded Good Morning. Why? The Front Loaded Good Morning really stresses the core, upper back, and hip connection that is such an integral part of succeeding in the single leg deadlift. Most people when they just go heavier on a deadlift start to lose these valuable connections and the essence of the movement. 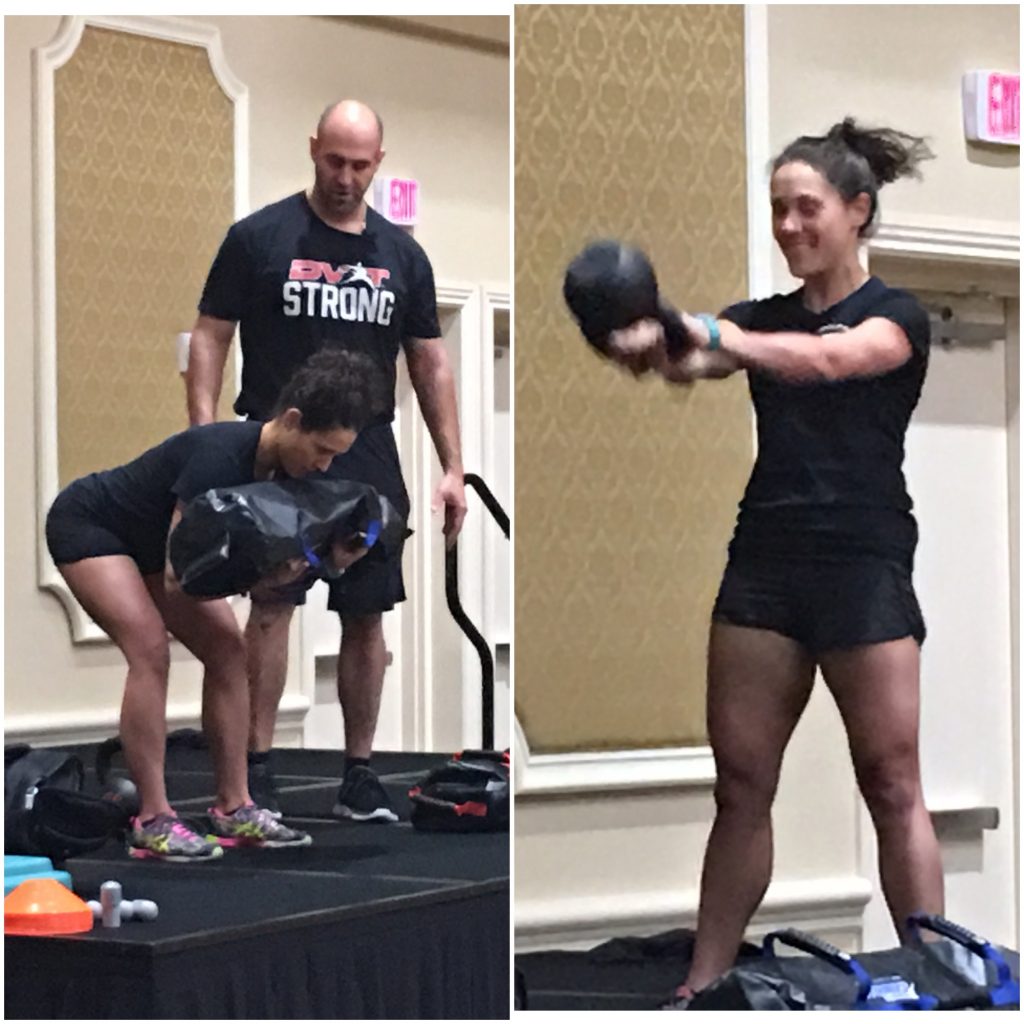 DVRT drills like the Front Loaded Good morning not only improves the deadlift, but other great movements like kettlebell swings.

Changing body position allows us to incrementally change stability. As I mentioned, going from a very stable foundation to a very unstable one is not the way to create success in the single leg deadlift. Simply moving to a Sprinter Stand then Rear Step deadlift we can change the intensity by progressively changing stability. Now we train the core and glutes like they are meant to be used in life. Both to produce and resist force at the same time and this is equivalent to moving up by 5 or 10 pounds on your deadlift.

Finally, we have changing planes of motion. More and more people know in real life we move in three planes of motion, but in the gym mostly just up and down. That means our training isn’t as functional as many would claim it to be. At the same time, some fitness coaches go to other extreme and create circus exercises claiming them to be more functional. The reality is we need to be systematic about changing the direction of movement like we would exercise selection, load, reps, etc.

That is why today’s DVRT post is all about the different ways that we systematically move into more advanced exercises like the single leg deadlfit. Not just get there, but once we get there how we can continue sophisticating the movement by using these principles. That is why you will love what Jessica shows as well as DVRT Master, Evan Supanich show in this series of DVRT single leg deadlift progressions!

Want to really unleash what functional fitness is all about? Save 25% only for a few days more with coupon code “save” and go to our online programs HERE, or downloadable workout programs HERE and revolutionize the way you train!