Is Your Age Holding Your Fitness Back?

They say that the holidays are infamous for bringing out our blues. To be honest, I was having a great time during this past Thanksgiving, until IT happened! I decided to play in our new communities first ever flag football holiday game! 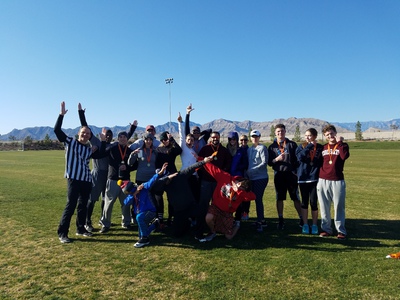 We were pretty pumped, we even ran an evening before practice to get our game right! What we couldn’t anticipate was the day of the game we were playing against a bunch of high school boys all hyped to be using their “off-season” to go against a bunch of us.

I like to think we held our own, okay, we didn’t WIN, but I thought we played pretty admirably. What happened LATER in the day was a bit less impressive. Let’s say several of us were hurting. Sore in weird places was definitely a good way to say it.

Overall I think I got off easy, after all, some had some nasty things like badly strained hamstrings and so forth. It did start the conversation of, “sucks getting old.” Yea, I was more than a bit upset about the idea of actually feeling like I was actually getting older. Even though Josh likes to give me a hard time about getting close to 40 (even though he is already there!), I never felt like I was REALLY getting older. 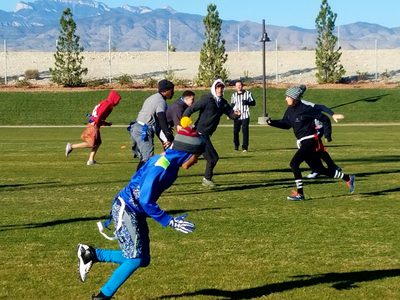 That game definitely was humbling, it made me question, “does it suck getting older?” After all, I train all the time, I do really great DVRT Ultimate Sandbag Training and functional training workouts, why should I feel this way?

Of course none of us like rationale answers, but Josh had to tell me, “you just haven’t trained to do THAT!” It was a hard reminder that if you are going to push your body hard, you have to be smarter than just go harder. Doing the things you are going to ask your body to perform is probably a good idea. However, he did remind me of some good things because I was getting pretty down on myself.

The Accumulation of Years

As I think about it more and more, getting older doesn’t actually suck. The accumulation of what we have done to our bodies for the years before kinda does! When I look back at my years of being an athlete and think about the torn rotator cuffs, herniated discs, and all the “little” odds and ends injuries I actually can appreciate how well I am doing now!

Getting older does mean realizing you probably have been hard on your body and learning to take care of it is just as important (if not more so) than being hard on it. You have only one body and as you get older if you accumulate more and more “issues” learning how to manage them is really important.

We often take the idea of health for granted and prioritize fitness over it. Being healthy and fit aren’t always the same thing. Aiming to be healthy and then fit is something we need to remind ourselves a bit more about.

Train for You, Not Others

This is a tough one, even for me. As a woman I think it is harder than the guys not to feel like we are constantly being compared to things we see in life. Whether it is social media, magazines, or television. So many times it seems like the guys get a great break as they get older and we get scrutinized more and more!

It is a work in progress, I won’t lie, but I try to train for myself more than anyone else. One of the reasons I love being able to train at home with the functional fitness tools we have is that I don’t have to look a certain way, I don’t have to worry about being watched by anyone, I just do MY thing.

That also means I can do what I think is important to me, not what others put upon me. Such an idea is super important because way too many times when I talk to people about their fitness and ask them WHY they are doing what they are doing, they really don’t know. They shrug their shoulders and pretty much tell me because that is what they were told to do by someone else.

Who are you training for? Does it make you feel good? As we get older the PR’s (personal records) are going to become less and less important compared to how your training makes you feel and what it inspires you to do.

As I recover from my little aches and pains I am actually happy that I got to play in the holiday game. It was a good reminder of things I needed to work on, but also reminded me of what was important in my own fitness journey. I don’t worry about getting older, I just think about getting better. Not better for others or to have others judge what that means, but to feel good about exercise not sad about how others perceive or look at what I do. Being able to play a holiday football game, going hiking with my friends, or even just knowing I can do these things inspires me to train each and every day.

Age isn’t an excuse and it isn’t a reason NOT to be smarter about what you do! Hopefully you can find DVRT Ultimate Sandbag Training workouts like this a way to blend fitness that makes you FEEL as good as you deserve!