Back to the Future Workout

It is definitely a love/hate relationship.

I did it for many years so it isn’t as though I don’t have a lot of time spent with it.

The deadlift, the exercise that can build or destroy you all at the same time.

Some people will try to sell you on the deadlift as an exercise that has been around as long as time itself. Well, kinda, sorta.

The deadlift as we know it has only been around for around 100 years. Strongman, Hermann Goerner , made the lift popular in the early 1920’s. Being a very slight 6’9 and 290 pounds (yes, sarcasm there). Goerner has been said to have a deadlift of 830 pounds, pretty impressive!

Little known fact about Mr. Goerner as well is that he would wrestle 1500 pound elephants. Why do I tell you this? I don’t know, it is both crazy and oddly cool at the same time. In some weird way it also says something about the whole body strength Mr. Goerner possessed. Maybe that was because he also wasn’t a specialist. 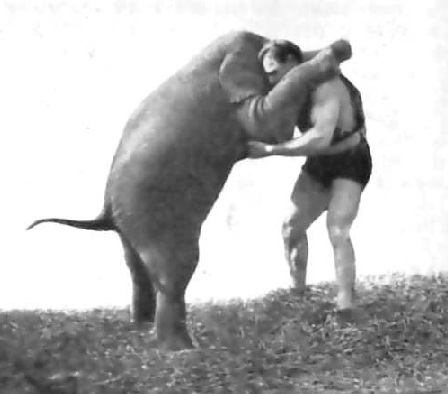 What do I mean? According to historians, Mr. Goerner also was an avid practitioner of running, swimming, shot put, acrobatics, boxing and wrestling. I think THAT is my biggest issue with the way most people approach the deadlift today. Where many old time lifters like Mr. Goerner were amazing strength athletes, they built that strength off a foundation of many different activities, not just doing the one lift time and time again.

For example, while Mr. Goerner has a very impressive deadlift, he could also do some other pretty impressive feats such as….

Just as much as he was into hard training, he realized how recovery and movement also helped.

“It may be a matter of interest to note that when training in the open air at the Germania Bath, Hermann would sometimes conclude his training by having a swim, and at other times he would take a swim first and then carry out his training with the weights. He would not dry himself after bathing but permit his body to dry by the action of sun and air upon it.”

My point is that Mr. Goerner was strong in a well rounded way and taught his body to move in many different mediums. I like to think some of these ideas inspired how we have set forth DVRT Ultimate Sandbag Training. One of those is looking at the deadlift as a whole. Mr. Goerner looked at how lifting different ways, not one could make you stronger. 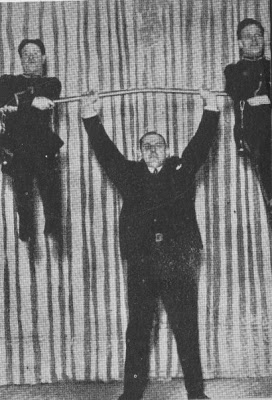 A different form of “odd object” lifting by Mr. Goerner

Did you notice the mention of “loaded sacks”? Had to smile about that;)

Mr. Goerner probably adhered to a common old time strongman concept of trying to make “a light weight feel heavy”. That is why we are going to start Deadcember with establishing the foundations of deadlifts and then how you build all round strength by progressing the movement.

In fact, we are going to make these workouts relatively simple in nature by focusing on some of the foundational movements these amazing lifters performed….pressing, pulling, and carrying. In honor of this idea we are going to rename December to Deadcember as a celebration of not just deadlifting, but the ideas that many of these great athletes had that let them do the extraordinary and what we have often forgotten about in today’s fitness landscape.

Our first work is just going to be laying the foundation. I recommend you use an Ultimate Sandbag that is challenging to perform twenty straight repetitions. The workout is going to appear simple, but done right, will be anything but easy.

You are going to alternate sets of the following exercises:

Deadlifts and Overhead Presses, yes, that’s it! You are going to use this series….

You are going to try to only take a break by performing the same number of deep breathes as repetitions you just performed. Once you move through the entire ladder you will rest for one minute. You can repeat this for one to two more times.

Close, but you are not completely done! After each ladder you are going to perform a Front Loaded Carry for up to 2 minutes with the weight you have been using. If you don’t have room to carry you can simply march in places as well. Remember, not confuse simple for easy! 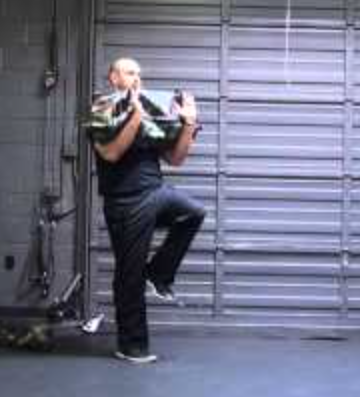