Better Squats to Unlock Your Fitness

We have long heard that squating is essential to success in one’s chosen sport. Yes, there is a lot of good evidence that squatting can improve one’s performance; however, that is not the only reason Squats are considered one of the most important exercises.

But there’s a big difference between viewing squatting as an exercise and as a movement. Is this just a matter of semantics? In reality, it can completely change how you train and what you prioritize in your training.

A really good Squat helps you maintain proper hip, knee and ankle mobility. If you look at how humans in tribal communities squat, you will see these qualities expressed in a very low squat. Not only squatting low, but maintaining upright torsos—and that is a big deal!

Why? Many strength coaches still assume that the Back Squat is the king of all squating movements because of the loads that can be used. However, that may be a misleading way to measure the success of the exercise.

A study by Gullett, et al, compared muscle activity of front and back squatting. They found that the Front Squat was as effective as the Back Squat at recruiting muscles, but placed less stress on the spine. The researchers concluded that the Front Squat might be a better option, especially for anyone who has knee problems, meniscus tears or other joint problems. 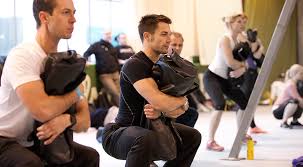 This information may be shocking to some, but an even more surprising aspect is the lower load in the Front Squat—20 kgs (44 pounds) less than the Back Squat—showing that load is not always a key indicator of strength.

One of the big reasons that the Front Squat can achieve such success is the more upright position of the torso. A study by Diggen, et al, also concluded that Front Squats are safer and might better translate to sports because of the upright torso.

Is the answer to simply change to Front Squats? Though that is definitely a step in the right direction, there may be more to improving the way we progress the squat pattern, especially for athletic development.

A Smarter Way to Progress Squats
Such studies should tell us that our idea of progressing squatting movements just via volume (reps) and load may not be the best means to improve the qualities we achieve in the movement. In fact, if we look at the needs of the athlete or fitness enthusiast, we see that resisting force is just as important as producing force.

If we look at when athletes injure hamstrings, tear ACLs and damage rotator cuffs, these injuries are typically caused by the inability to decelerate against large forces. How does that relate to Squats? If we consider that legs and pelvis have to decelerate great loads, we need to focus on building this specific quality.

Renown strength coach Mike Boyle has long led the charge to prioritize single-leg exercises in the development of athletes. This is often seen as a means of getting out of lifting “real” weights (whatever that means), but it might be the perfect solution for training more athletic attributes.

What frustrates many coaches though is that the leap from double- to single-leg training can cause such a dramatic reduction in loads that the coach no longer believes it is developing strength. If such a situation occurs, our first concern should be with the huge difference between single and bilateral strength, which is a sign of instability impacting the athlete’s performance strength.

Such frustration is valid, since far too many times the jump from bilateral to single-leg exercises is an inappropriate leap to instability. Just as we wouldn’t progress from performing 10 to 100 repetitions or lifting 100 pounds to 400 pounds, instability of a movement needs to be progressive.

That is where the Sprinter Stance Squat can be a strength coach’s and athlete’s best friend. The Sprinter Stance Squat has been a cornerstone movement in our Dynamic Variable Resistance Training system (DVRT) for almost a decade. It is the perfect bridge to more single-leg work, but still allows us to load up the body and offers some unique loading options.

If you simply look at the movement, you will probably also identify a more athletic-looking position from which to squat. The Sprinter Stance is a more forgiving position for many athletes, since most athletes are not perfectly symmetrical in their lower- or upper-body mobility.

Using Sprinter Stance Squats
When we implement the Sprinter Stance Squat, the programming is really no different from any other exercise, except that we have to consider the training of two limbs. That means six repetitions each side is really 12. This needs to be considered in the workout to manage fatigue.

The other consideration is using the right tools for the right job. You will see in the video demonstration that our focus is on ultimate sandbags and kettlebells. Why? Both implements allow us to load the body in unique ways to achieve specific outcomes. For example, the Front Load Sprinter Stance Squat not only builds the squat pattern, but adds more core activation to the movement. This is very different from a typical Front Squat where the load actually sits on the body.

We can also build asymmetrical and cross pattern squat exercises that typically would be impossible with the barbell and that actually meet the more natural demands of the body and movement. Understanding that our body has to produce and resist force at the same time makes Sprinter Stance Squat variations both strength and corrective movements at the same time!