Legends:  FarmStrong
Troy Anderson, DVRT Master (Alpha Kettlebell)
One of the greatest legends of farm strong is that of Milo of Croton and lifting his steer everyday until he
becomes a full grown bull. If only it were that linear. Just pick up weight and put it down…
Just carry weight
Just add more weight
Those simplistic mottos really resonate and make it easy to wrap your head around but at the end of the day they by far sell short what a well rounded and progressive training approach should look like.
In the case of our homie Milo picking up that young animal, sure it starts with nice sub maximal loads; but eventually that side of beef becomes a maximal lift in 3 months or so and then he keeps gaining at about 4lbs per day. 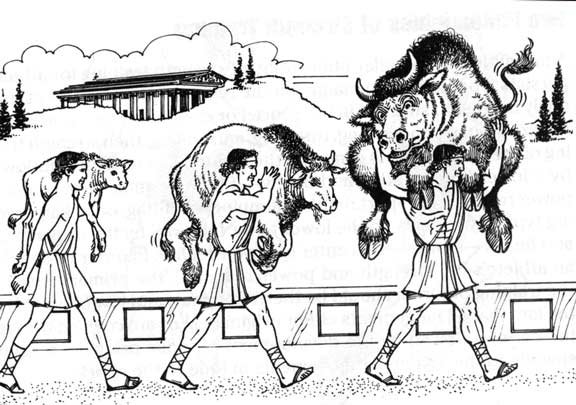 Pretty sure that adding 4lbs per day to your max ain’t happening.
When we try to chase linear load with lowest common denominator lifts like the farmers walk/FW.
The end result will be much like Milo will eventually be crushed by the calf.
If you continue to chase big weight with the Farmer’s Walk your body will be racked with dysfunction.
Today we are going to shed a little FarmStrong insight on how you can progress your carries  without crushing your body.
Most people look like the hunch back of notre’ dame crossed with weeble-wobble when they do heavy
farmers walks. I often times expect to see a wake of ankle, pelvis, and lumbar spine  bone shards.
All in the name of picking up and carrying weight.
Once we reach a certain degree probably in FW probably in the range of 100lbs of load or 50/50lbs in each hand. It is  time to move up the chain.
( I’ll share some illustration, FarmStrong rationale with on why those loads ranges a little later)
Simple put the heavier the item the higher up the chain it
should be carried:
The two obvious options to go are:
The DVRT front loaded position 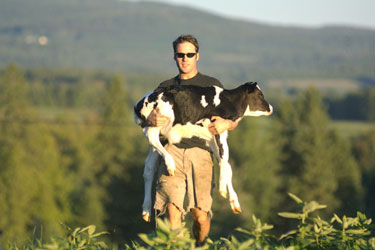 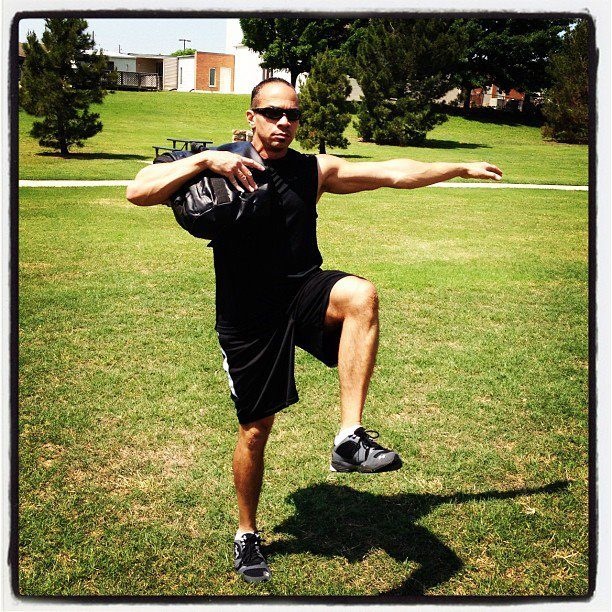 When you do this not only will you save your body and joints but you’ll be recruiting moremuscle from the top down loading.The intent of the training becomes exponentially greater due to the need to resisting lateral flexion, anterior flexion, rotation, or some combination of all three, in these two carrying positions.
All in the name of  carry-over to real world function.
When you combine the principle of body position with  concept of intentional movement you will have one

powerful training effect.  In the real world you’ll see that most farmers carry calves in what we call the front 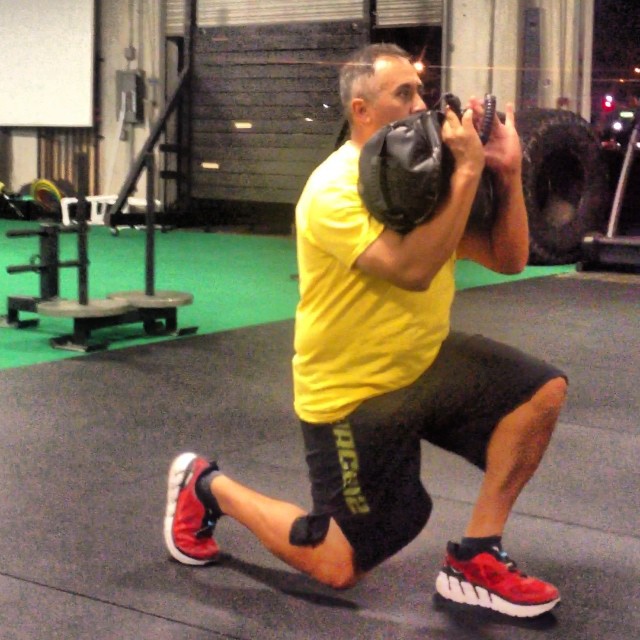 150lbs at most. The second principle in FarmStrong is that things are very rarely balanced. 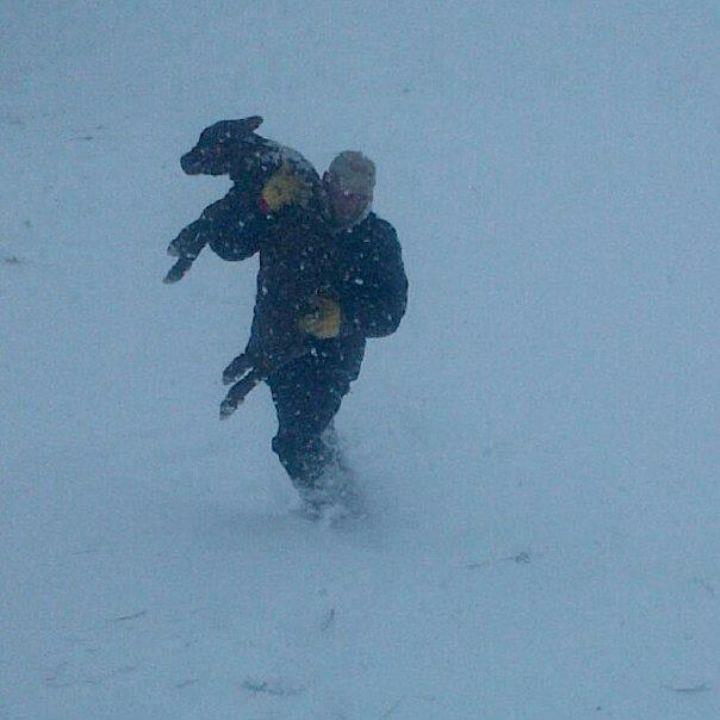 So if you still want to do farmers carries by all means; but might I suggest you try out using some off-set loads.
Instead of carrying to evenly weighted objects in your hands.

Why not start with mismatched loads:

They all produce a new and valuable training stimulus; especially when pair with the concept of intent share in
principle number one. I would suggest stepping outside the vacuum of just doing low common denominator
carries like kettlebell or dumbbell farmers walks. While they are great start, getting stuck in a linear load
chasing rut can result in you or your clients, end up a feeling like a ‘cow pattie’
The progression options laid out above are just as accessible say your basic FW; and in many ways  more allow
you to by more equipment efficient as well.

would  when carrying a precious 100b furry payload in from 20 degrees below zero.

Train with intent and you will receive optimal carryover, and be well on your path to FarmStrong,

The legend of Milo is cool, but being FarmStrong is even better.