It has been the theme for DVRT since the beginning. Heck, it was the WHOLE reason I even began this journey. That was to solve problems I was seeing in my training and that of my clients. Trust me, I never began DVRT as a business. I had my training business and like so many other fitness professionals I was simply looking for a way to solve more needs and to teach the concepts of real world strength in better ways.

There were many great moments with my facility, but also a lot of lessons learned that I would do differently today.

That journey has taken me more places than I could ever imagine. Teaching all over the world, being published in mainstream magazines, newspapers, and even textbooks, along with teaching at every major fitness organizations’ conferences have exceeded everything I could imagine. However, it really comes back to that fundamental idea of just creating better solutions.

One of the craziest opportunities I had over ten years ago when I was approached by the U.S. Army Special Forces Recruiting Battalion to create a preparation program for those wanting to go through the Selection process. The military is no different than the rest of our society where the fitness levels have been dropping and getting people that can get through the rigorous testing has also dropped off rather dramatically. 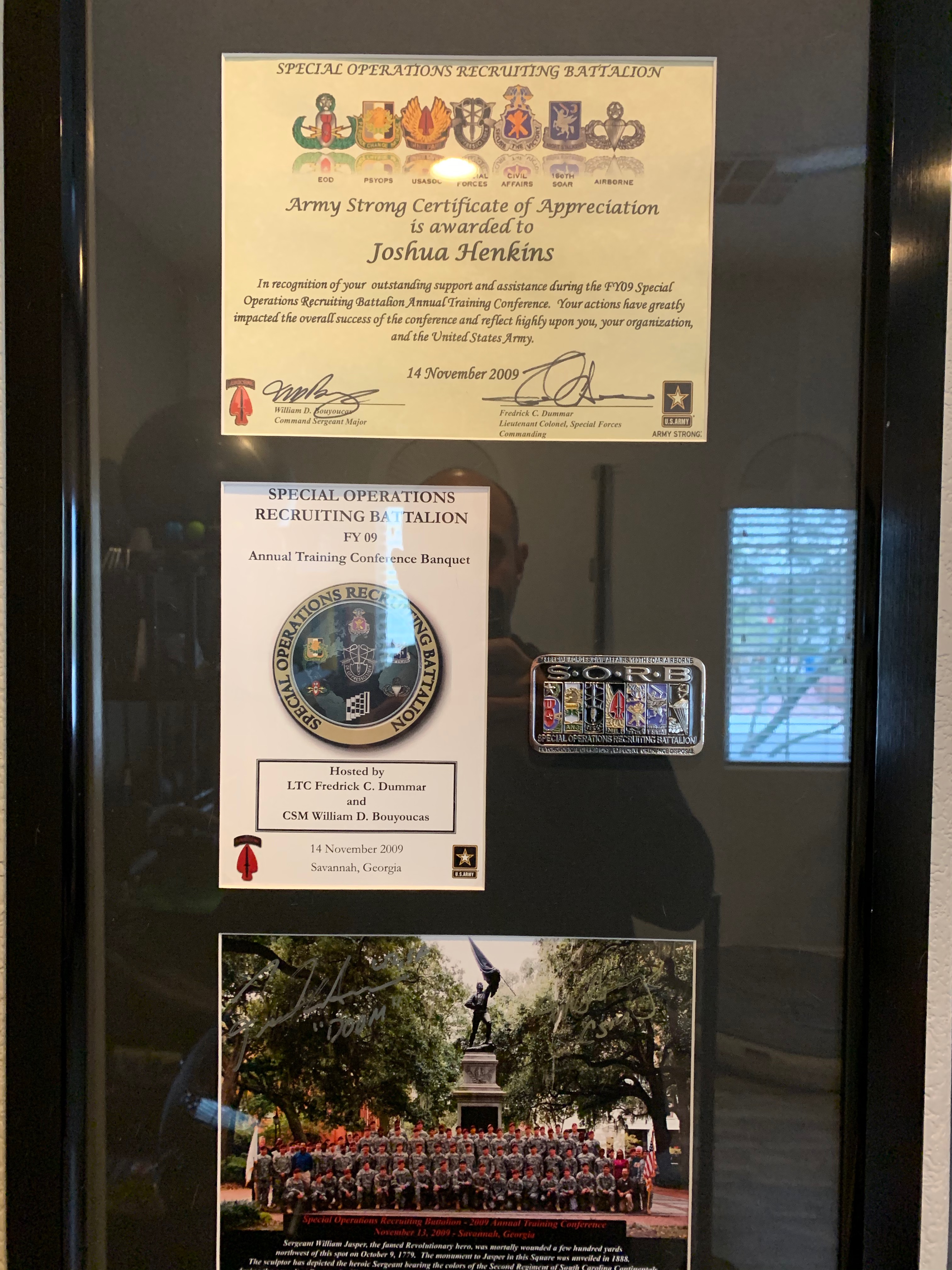 The job was actually pretty intimidating. I was to create a program that could be done anywhere (literally anywhere) and would focus around bodyweight and our Ultimate Sandbags. While the military was excited about the Ultimate Sandbag, they also realized there were going to be situations where sand wasn’t readily available. What could we do?

I had been thinking about it for awhile, but I just wasn’t sure if it would work. That was creating a water based system for our Ultimate Sandbags. Water implements weren’t new, but few had much of an impact on the industry. Mostly because, like sandbags until DVRT, there really wasn’t any purpose or methodology behind their use.

For me, I was worried that water implements wouldn’t be able to hold up to such high demands as the military. So, we ended up partnering with a US company that actually sold these water fillers to help fight floods (a company we still work with today!). If these water fillers could be used in flood tragedies, then they HAD to work for fitness too!

The end result was a commanding officer that was so happy with what we put together and I can say that they saw great improvements in those who used the program in their ability to be prepared for Selection. Well, if it was good enough for the military, then why not open it up to our DVRT community?!

It had to make sense, I just didn’t want to throw something in because we wanted something new and different. What the water fillers allowed us to do was accomplish some very specific goals……

-Increase the instability of the Ultimate Sandbag which made familiar lifts feel new and more challenging.

-This new instability required greater movement accuracy which fed into feedback upon how well people moved and performed.

-Allowed us to create more layers to our DVRT progressions

-Became the BEST travel tool around!

Two points I wanted to really address was the movement accuracy and the travel aspect. When I got to spend two days one on one with world renown physical therapist, Gray Cook, the subject of our water bags came up. Gray loves being in the outdoors but also saw what we saw. 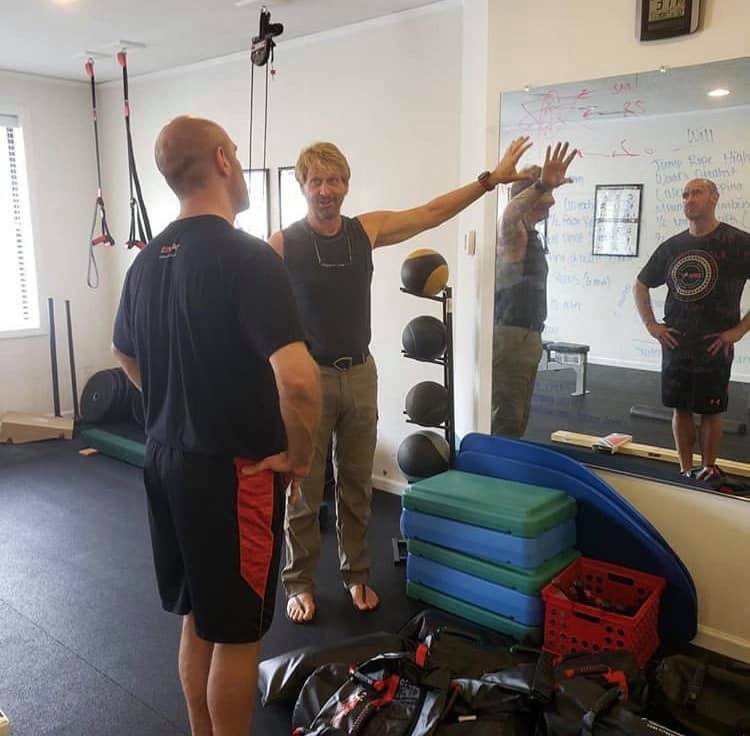 He went on to say that most people use water implements incorrectly. Their benefit didn’t come from forcing water to move, but to use the water as feedback. That was to try to PREVENT the water from moving and that being a feedback system to know how well and proficient you were at a movement. I loved it, because that was EXACTLY what we were trying to convey.

Sure, it is cool when water moves and it does offer some benefits when used with the right intent. However, what is MUCH more challenging is preventing the water from moving when we move. Something that most people overlook!

Believe it or not, it’s possible to get an effective, strength training session in your hotel room. However, it’s not about having any fitness tool, but the best tool! And for me it’s the #DVRT water bag. Can easily fit it in my suitcase and within minutes, I have a 50 pound strength training tool.

DVRT Master, Cory Cripe shows even in the tight spot of a hotel room, you can do some serious training!

Then there was the travel aspect. When we travel Jessica always laughs how one of the first things I pack is my water bags. Sure there are a lot of fitness tools that you can bring along, but they also have major limitations. Suspension units are cool, but if you have ever put them on the door frame of a hotel or the like, it can be a bit of a scary proposition. You also don’t have the way to challenge the body in all the functional patterns we discuss in DVRT.

Sure, bands are good too, but using one or two bands doesn’t tend to allow us to have all the options we can have with an Ultimate Sandbag that can be 40 pounds or even 120 pounds. You can have a full gym with two Ultimate Sandbags (very often just one).

Really the water bags are the only travel training tool that I can’t find a negative too using. As strength coach, Mike Yudin shows, you can accomplish a lot even just with a few movements of our DVRT water bags.

I love discussing our DVRT innovations because it isn’t about “new things”, it is about our mission of finding solutions to allow people to become their healthiest and fittest while letting people live the lives that are important to them!

Our water bags can be purchased separately HERE and when you choose the water option in our Ultimate Sandbags  HERE you get BOTH the water and sand fillers! Why? Because we want to give you as much reason as possible to achieve your goals. Use code “holiday30” to save 30% during the holiday season.