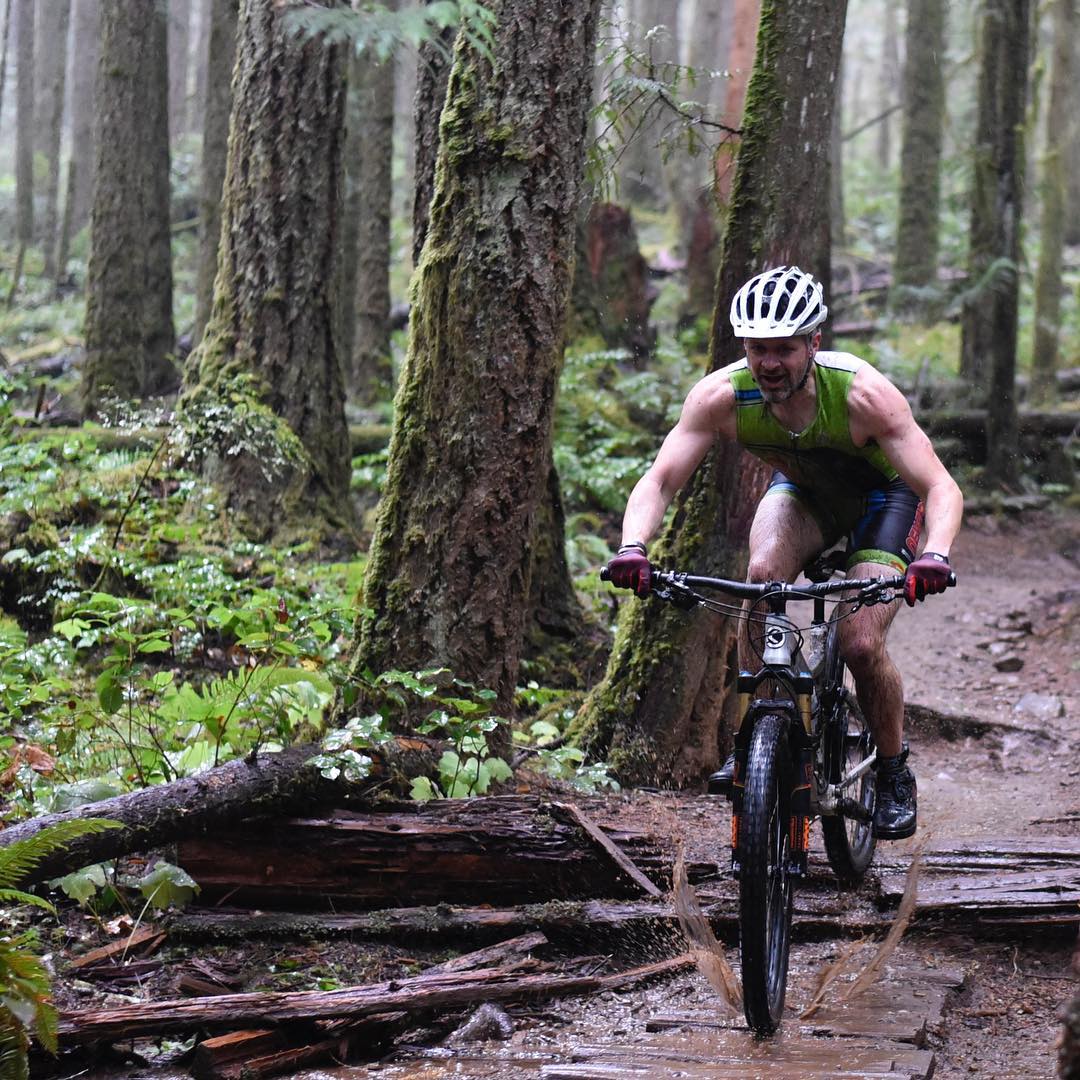 Injury has been one of my best teachers and 2017 was no different. After a successful year in off-road endurance sport it was time to recover from the damage I had done. Acute injuries are a risk of the sport and I had managed to have a streak of bad luck.  In the last 6 weeks of the race season I fractured my fifth and then fourth toe within three weeks of each other. I managed to compete in the last two events of the season, but training to run was not a possibility. After the season finished in October I took a 10 week break from running as I let my 41 year old bones heal.

I hit the ground running in January of 2018. Naturally, I signed up for a Strava challenge that would hold me to be accountable to putting in some much needed run volume. Having a training history of completing weeks that were well over 100 kms I did not bat an eye when it came to running 80 kms over a two week period. In retrospect, I should have been more conservative in my return. My body had been deconditioned to the impact of running and I was setting up for injury. 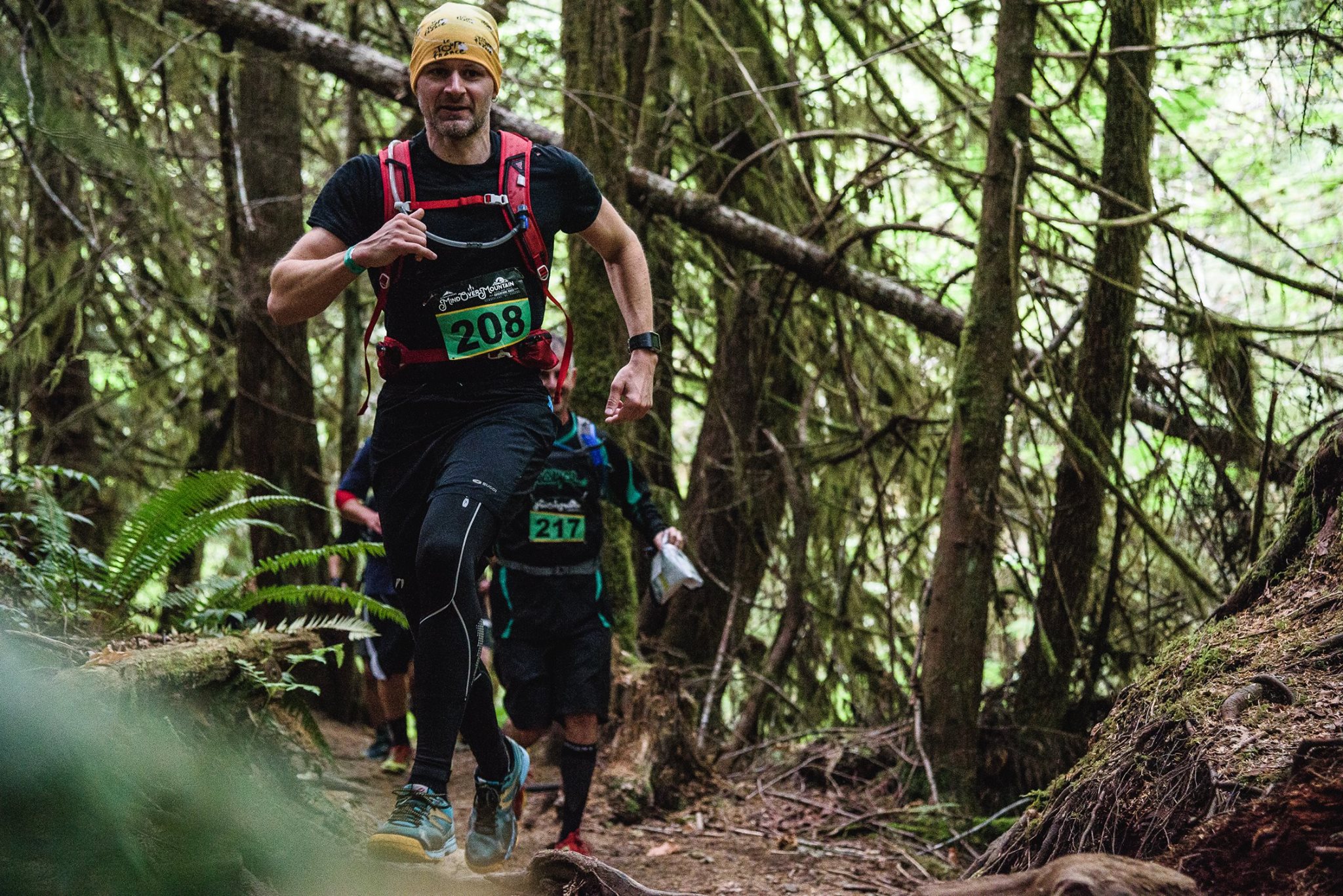 It’s March and I had been back running consistent for a couple of months, but I wasn’t feeling like my usual self. My low back was aching and my shins became sensitive to touch. Not accepting that I was just ‘getting old’, I sought to find causation. I hadn’t spent time analyzing my running technique for years, but it was time to re-evaluate. My cadence had slowed, causing more impact per stride, but more alarmingly I had a lot of movement in my pelvis.

Running is essentially alternating single leg plyometrics for thousands of repetitions. Every running step can put 6-8x of your body weight through your foot. If compromised links in the chain exist it will not take much time before they are expressed as pain or injury. Ideally the pelvis maintains a neutral position through the running stride but mine was shifting side to side while weight bearing and tilting forward while I finished my stride which was causing undue stress on my low back. Awareness alone was not going to resolve my mechanics. It was time to correct the course of my running by application of DVRT principles.

If I was going to get back to running healthy, I needed to be better on one foot. I backed off my run volume and intensity to focus on cadence and foot placement while complementing my program with focused strength training. Over the next few months my strength training would pay dividends. I was back to my usual running self and smashing local run segment times. 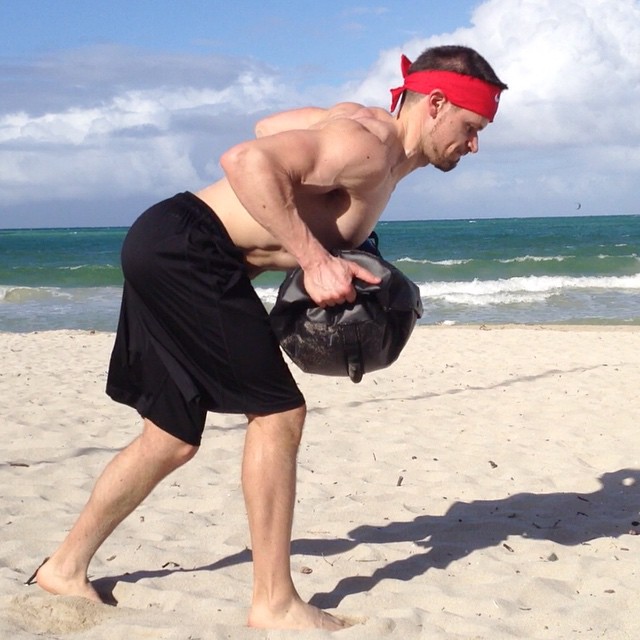 These are the three key moves that I used to develop single leg stability for running. While the exercises listed below CAN be great but MUST be done well. I’d been performing split squats and lunges in my programs prior to refocusing my efforts and I realized that I had NOT been doing them well. Sure, the general joint angles looked okay, but my foot stance was very narrow which compensated for a lack of hip stability. Pay close attention to the exercise tips; proper execution for these movements is everything.

The split squat is a great starting place when looking to develop single leg stability as you can use two feet to help with your positioning.

The reverse lunge adds an element of instability as you start in a bilateral and move to an asymmetrical stance. The balance step will help to solidify your hip stability as you build intention with each repetition.

The single leg good morning is a step above the rest and will require the most from you if you are going be able to complete it successfully. Single leg exercises challenge the body in all three anatomical planes. You’ll feel invisible forces acting upon you to shift or rotate your body as you move through the range of motion.

Building proficiency with these three key moves takes time, but it will be a worth while investment. When you hit the pavement (or trail) you will feel different. Your body will better dissipate and transfer force leading to a more efficient running stride that will safeguard you from injury.

Steve Di Tomaso is a sub 3 marathoner, trail runner, off-road triathlete, DVRT Master Instructor and owner of Envision Fitness in Pitt Meadows, BC CANADA. You can follow him on Instagram @dvrt_runner