I can’t even make this stuff up! A minute before I jumped on here to write a blog about how most people go wrong with HIIT, I saw a post on Facebook that went…“I think it’s also unfortunate though that many people are sold high intensity exercise daily as a way towards thriving. Not to say high intensity is bad but it seems like we’re trying to fix a crappy life and lack of movement with a high intensity workout every day. “The harder the better” it seems.”

It appears that there is a “movement” of sorts to be against HIIT workouts. The idea is that people are so stressed out and that more stress isn’t a good thing. Well, the quote I shared and this idea shows how much people misunderstand about HIIT in the first place. How so? 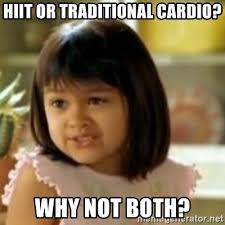 You will find out which one you SHOULD prioritize!

If you are ACTUALLY doing HIIT, you can’t do it every day, you would be shot about 3 days into it. I mean, you would be exhausted, literally unable to do HIIT workouts. So, this idea that people are doing HIIT all the time shows that most people aren’t doing HIIT at all (which we will explore in a moment). This type of thinking also tends to ignore the many health benefits that HIIT offers, such as….

A 2015 study found that a 10 week program of HIIT workouts produced cardiovascular and metabolic benefits that were similar to those of moderate intensity workouts. The study looked at 90 people who were previously physical inactive completed either a HIIT program or a traditional moderate intensity continuous training (MICT) program. The average total exercise time of 55 minutes per week for the HIIT program was less than half of that for the MICT, which took the participants an average of 128 minutes per week. So LESS time produced as good, if not better cardiovascular benefits to those who were previously inactive. Hmmm, since time is the biggest limiting factor for most people, it would seem that this would work VERY well for the needs of many people. 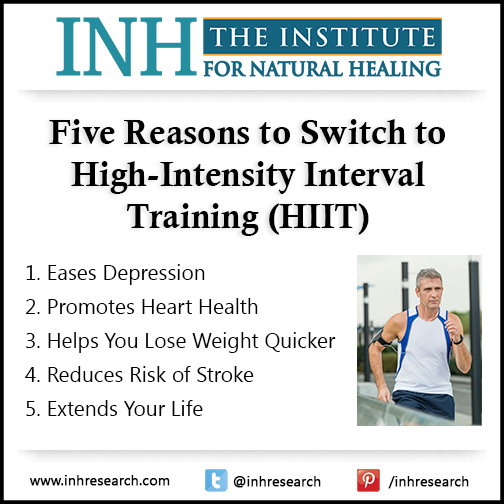 This 2020 study was particularly fascinating because it goes RIGHT up against the idea that HIIT would have negative effects for those stressed out. In fact, the researchers found, “these findings suggest HIIT may improve a range of physical and mental health outcomes among people with mental illnesses.” Of these mental illnesses, depression was a big one. That means the idea that the “stress” of HIIT creating a negative effect on people that are going through a lot is unfounded and that HIIT could actually help.

We could keep going showing study after study showing that HIIT can help brain function, improve blood lipid profiles, and on and on, I think it is clear that HIIT is actually VERY important to our health as well as our ability to lose body fat. Of course, as renown strength coach Robert Dos Remedios says, “easy sells”. The difference between HIIT and laying on the ground breathing is that HIIT is far more difficult (not saying you can’t use breathing but think of time again) and we can get MORE health benefits from HIIT, we probably SHOULD encourage people spend their time there.

To me, the bigger issue is that people don’t truly do HIIT. In order to illustrate this point let me tell you a real story about a neighbor of ours. She was talking to Jessica about how challenging her spin class was and that it is rather intense but absolutely loves going . Jessica asked, “how do you know how hard you are going and if you are dropping off in your intensity?” The woman (who is a good friend) really had no response other than, “well, it is really hard, you have to push yourself.”

That is part of the issue, people think “really hard” means HIIT. However, that tells us VERY little if you are actually doing HIIT or just working “kinda hard”. Here is another example how people tend to misunderstand HIIT. Tabata is often referenced in regards to HIIT and you will see everything from 60 minute Tabata classes to a Tabata arm workout. If you are unfamiliar, Tabata stems from the research that Dr. Tabata did on bikes that had “exhaustive intermittent training consisted of seven to eight sets of 20-s exercise at an intensity of about 170% of VO2max with a 10-s rest between each bout.” What is 170% VO2max like? It would be as though you were wanting to vomit each cycle, seriously! 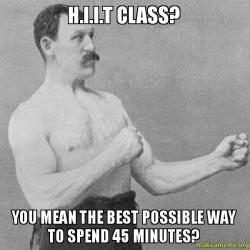 Many classes are challenging workouts, they just are NOT HIIT!

The moral of the story is that most people don’t come CLOSE to working hard enough during their HIIT workout to get the benefits that we reference. Can you imagine doing 60 minutes of these intervals where each one leaves you wanting to be sick? The bike was also important to our discussion because there are times people choose poor exercises. Doing Tabata, for example, is almost impossible to do with strength training because there is too much rest within each repetition.

Do we have to make ourselves sick though to benefit from HIIT? No, but we do need better ways of making sure we are getting to the right intensity and not making one other critical mistake! HIIT stands for High Intensity Interval Training, the part that most overlook is the interval part meaning there has to be a rest period which gives us much of the benefits from HIIT (assuming we go hard enough). If you use the proper intensity you can’t use the protocols most people put out that looks like 55 seconds of work and 5 seconds of rest. Those types of protocols lead to breathing heavy and being tired, but won’t give you the benefits of HIIT. Why?

In honor of the #DVRT Father’s Day special I decided to top off one of our burlys to 110 pounds for my Monday MRT session and only use it for seven rounds, five times through. . . . I would never think of training this hard in my twenties. So why now? Being DVRT Strong is the kind of strength that allows for greater freedom of movement outside the gym and being a husband and father if my family is not a role for the weak!

DVRT Master, Cory Cripe shows how we should look to do proper HIIT workouts and that it doesn’t have to be complicated or painful!

The rest interval forces the work intensity to drop and we are doing something closer to aerobic training that is lower intensity than HIIT. The easiest example that Coach Dos gives in this regards is asking someone to go sprint as hard as they can for 30 seconds…ALL OUT! If you do it honestly, how long would you need to recover to run that hard or close to it again? The answer is MUCH longer than most people rest. So, at the end of the day, what do we do?

Instead of decreasing rest while increasing work, MRT does the opposite. Rest is where the “good stuff” of HIIT workouts actually occurs. The hormones that stimulate fat loss and better conditioning can only happen when we have time to recover. So, Coach Dos recommends the following interval protocols.
15:45
20:40
30:30
60:60

DVRT UK Master, Greg Perlaki shows how we can use 30:30 protocols to build to more complex patterns and build just more “mechanical work” that is lower intensity.

The first number refers to work time while the second refers to rest time. The shorter work times are more intense training where you are trying to get about 5-8 reps with has heavy of a weight you can use. Then you rest for 45 seconds, you will need it! The increasing work time means we do less intense work which can be very helpful and we can use it in the following manner.

Such a workout takes into account that if people are truly going to work at the high level they need, they will fatigue. Instead of sacrificing quality of HIIT or defaulting to exercises that just make you tired (like burpees) we keep a good workout program in mind. There are many variances of this we could use, but the point is how to select the right protocols and better exercises. If you performed something like this 3-4 days a week, you could get the great benefits of HIIT and allow yourself plenty of recovery. Using great methods just requires us to be smarter about how we design our programs!