Now that power is a far more popular even in general fitness training than when I started in the fitness industry 25 years ago (when it was almost never discussed) we can can see people sharing all sorts of posts about this or that really unique looking exercise is great for building better power and speed. You see it all the time, whenever people do any sort of jumping, quick movement, anything like that they say they are building power and speed. Sadly, we often miss the most foundational concept of building speed and power because many poorly understand the goal and how power is generated in the body. It doesn’t matter if you want to dominate an upcoming competition, work with high school athletes, reduce chances of low back pain, or help older adults have a lower likelihood of having falls, there is one big common denominator.

Let’s face it, the idea of core training has been so poorly defined that many coaches have become cynical about the impact it can really make to training. Looking at the real research, we can dispel many myths about core training and help us see that core training can play a significant role in many of our performance-based goals. Even though power training has become mainstream, I can tell you time and time again when people come to me that have been working and complain of either hitting a plateau or having issues like low back pain, it often comes back to their core stability training.

Beyond the Abs
We can’t have a good discussion on the how and why of core training without first understanding that the core isn’t going to reference to any one muscle or even any one group of muscles. The reality is that the core is generally thought of as a combination of over 35 muscles that must work synergistically to accomplish the goal of strength, power, and speed. World renown spine expert, Dr. Stuart McGill, describes the muscles of the core being made up just partly of, “the lumbar spine, the muscles of the abdominal wall, the back extensors and quadratus lumborum. Also included are the multi-joint muscles, namely, latissimus dorsi and psoas that pass through the core, linking it to the pelvis, legs, shoulders and arms. Given the anatomic and biomechanical synergy with the pelvis, the gluteal muscles may also be considered to be essential components as primary power generators.” 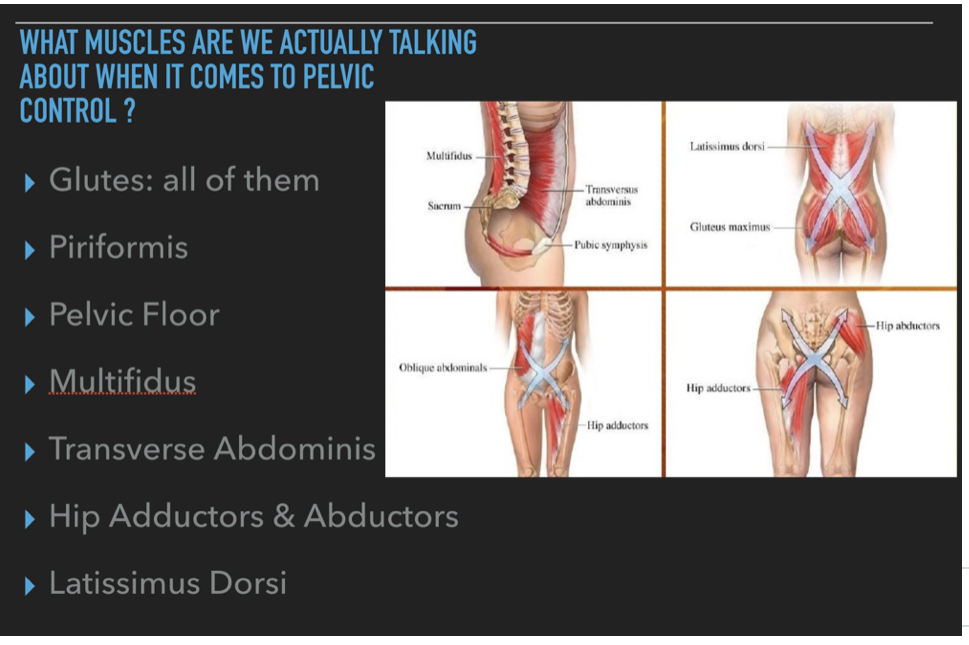 As famed physical therapist Gary Gray states, the core is “from the toes to the nose.” Such a statement confirms that the core goes far beyond just the abs or any individual muscles. The problem as renown therapist Gray Cook points out is that we usually try to address training either by “part or performance” means.

Meaning, many coaches who aim to have a stronger core think about training the rectus abdominis with flexion, the obliques with “twisting,” etc. We think about the parts that can make up the core, but miss how the core actually functions. As Mr. Cook points out, the majority of issues with core stability and performance comes down to movement patterns, not parts.

The oblique exercises that DVRT master, Cory Cripe shows above are great examples of better core training. Even during rotation, the obliques work more to prevent twisting of the low back while force is created from the hips. Then you can see in MAX lunges and lateral drags that our core works in a very similar way except now the hips are trying to maintain a stable position.

This works in concert with what much of the research has found consistent with issues of low back pain. Motor control and proper sequencing of the core muscles are more important in reduction of low back pain than actual strength of the abdominals or any specific core muscles. Training the proper patterning of the core is a specific skill, and it needs to be addressed in training.

Why Core Stiffness Matters
What is core stiffness and why does it play such an essential role in our performance in sport, our ability to produce more force and our hopes of running faster? Core stiffness can be thought of as tension throughout the body that provides a stable platform for more movement to occur.

This is why research has shown that issues like shoulder pain in throwing athletes has a correlation with a lack of lower core stability. The “stiffness” of the core creates what the physical therapy system of PNF coined, “proximal stability for distal mobility.” In essence, when the body creates a stable platform for the extremities to perform from, the nervous system allows for greater force development to occur.

Dead bugs are a great way to teach foundational core stiffness and core stability allowing for many progressions to be used to help anyone who wants to improve their injury resilience, functional strength, and power.

The question becomes HOW do we create proper core stiffness and teach the concepts that will make a difference for the athlete. While core stability training has a huge spectrum of approaches, we are going to focus on establishing a good foundation, proper progressions, and start to show where real core stability can go in a thoughtful strength training program.

The video above includes demonstrations and essential form cues for the Bird Dog movements below. Many of the drills in this article are based on the foundations of Dr. McGill’s “Big 3” core stability exercises. The Bird Dog being one of the most important because of how many qualities we teach at once. The Bird Dog is designed to teach:

-How to create core stiffness from the ground up. This means creating force into the ground with the hands and feet.
-How to resist extension and rotation of the core.
-How to keep the pelvis stable as the extremities create movement, like we see in running.
-How to connect the kinetic chains like the Posterior Oblique System (POS) which is the lats, trunk and glutes working in concert to create stability in the same manner during locomotion.
-What you will see is two foundations of the familiar Bird Dog. Most people struggle with the resisting of movement because they don’t know how to create the core stiffness, nor how to connect the chains of the body. 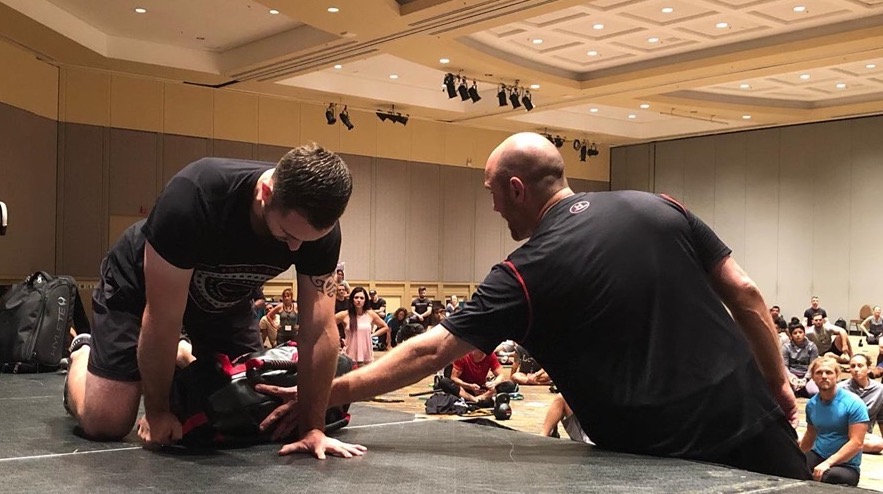 Physical Therapist, Jessica Bento, does a great job breaking down proper tools and progressions of the bird dog drag so you understand the intent in how we are training the core and not just doing another difficult core exercise.

It can be argued that the most undertrained type of core training is lateral core strength. Yes, there are the token Side Planks, but this form of core training is far more important than the casual attention it often receives. Being able to stabilize the pelvis in the frontal plane as we move is important otherwise we create a disconnect in the connection of the muscles. Dr. McGill calls this a “leakage” of energy, and the knees and low backs generally pay the price.

As Dr. McGill describes, “Interestingly, when we measure world-class strongmen carrying weight, NFL footballers running planting the foot and cutting–neither of these are trained by the squat. This is because these exercises do not train the quadratus lumborum and abdominal obliques, which are so necessary for these tasks.”

Building lateral core stability will start with many side plank progressions, but as you will see, we want to gradually get into more upright positions where we navigate gravity from more practical positions.

Coach Ben Beeler shows some of the side plank progressions we use in DVRT to enhance core stability. Each tool, as always, has a specific purpose so be aware of how you are performing the movement and with which tools!

Ben does a great job showing how we can change our stance (tall kneeling) to put more core demands on a movement and taking a drill like the Arc Press which already challenges frontal plane stability and amplify it with a super band is a very effective way to build more challenging lateral core stability movements. Alternating kettlebell press also is a fantastic way to create more dynamic lateral stability.

The Future of Core Training
The goal of the core training discussed in this article isn’t to exhaust the number or variety of exercises we can create. Rather it is to demonstrate an understanding of how real core training is essential in enhancing performance and helping injury resiliency. Coaches should understand that core is far more than “ab exercises” and what the goal of each form of core training emphasizes in the overall function and connection building in the body.

Don’t miss the LAST two days to get FREE shipping on anything at DVRT for US orders (sorry Hawaii, Alaska, and Puerto Rico we can’t do it for you) and get our DVRT intermediate workout program for FREE! Just use code “freeship” HERE until Monday!