As humans we tend to be very nostalgic. Each generation believes an earlier time was much better than the current. I’ve learned this the hard way as I found myself after I found 90’s alternative music station on iTunes. Quickly I found myself saying what we all dread…”man, they just don’t make music like THIS anymore!” Man, to find myself sounding like the old guy I would make fun of was quite disheartening. Yet, I find the same happens in fitness and even Ultimate Sandbag Training all the time.

People in fitness can be equally nostalgic. We often like to dream that times before us were more thoughtful, hard working, innovative, and just overall better. Hence the silly commentary of “old school training”. I’ve done it, said it, believed it. However, as you learn more about what really was “old school” the sillier it seems.

It is the same as believing today there is a universal system of doing everything. That of course is simply not the case. Since the majority of us weren’t alive in the late 1800’s and early 1900’s, I lean on the books and historians that give us some very interesting insights into the period. Instead of living on nostalgia what is the TRUTH about a lot of things?

One of my favorites is Jan Dellinger. Don’t feel bad if you don’t know Mr. Dellinger, he is one of the curators of strength training history, maybe the best. He worked for the York Barbell Company for over 25 years — where he was Bob Hoffman’s right hand man, assistant editor of Muscular Development Magazine, and even shared an office with strength legend John Grimek for a number of years. In other words, Mr. Dellinger knows “old school” better than almost anyone else. 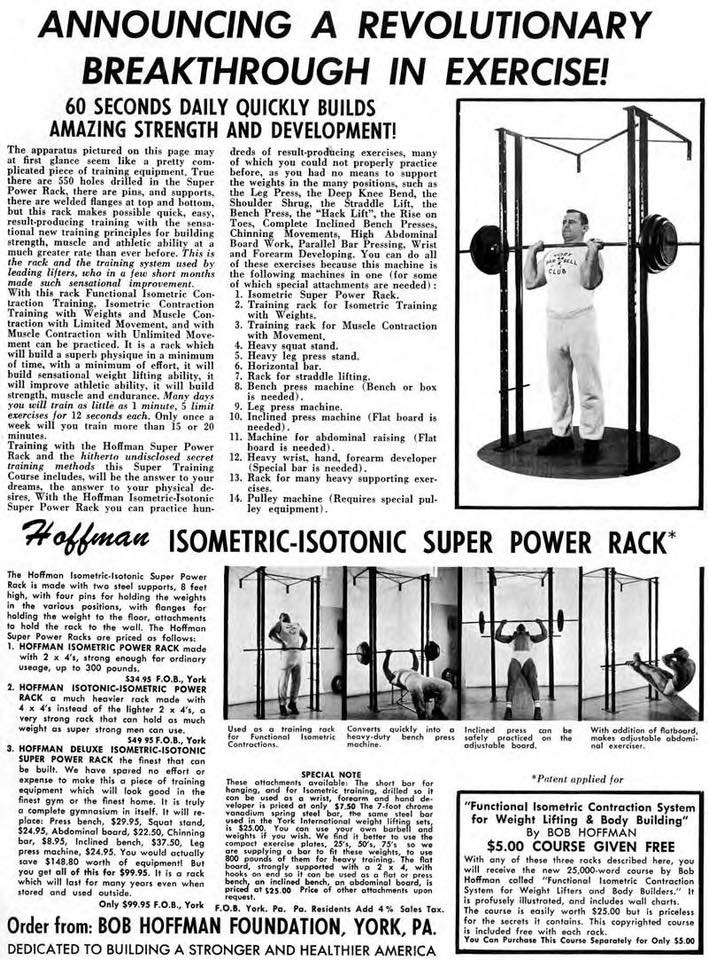 Most people don’t know that squat racks and barbells were some of the first fitness equipment really advertised! They were probably the first commercial fitness tools. So you think this is really THAT old?!

So, why do I bring him up? Recently John Wood, son of legendary coach Kim Wood, and Jan Dellinger exchanged a fascinating letter (that was shared online HERE) about sandbag training. Mr. Dellinger speaks highly of the amazing benefit of sandbag drills like get-ups, shouldering, and yes, clean and press. However, I was even shocked to hear Mr. Dellinger state, “Other than the sandbag, you don’t need any other equipment.”

WOW! This is pretty powerful for two reasons. For one, Mr. Dellinger worked for the company that basically made the barbell famous in York Barbell Company. The second is that we live in an age where any such statement would be heresy. People would probably scream at me at how I am just trying to “sell them” on using Ultimate Sandbag Training. The funny part is nothing is further from the truth.

That is because a sandbag by itself is not powerful, not even the Ultimate Sandbag. If they were, we would have to ask ourselves, “how come sandbags fell out of favor?” Makes sense right? I always wonder why when I ask people what is great about sandbag training in general they will tell me it resembles real life. Hmmm, there is a disconnect about us saying this, but then thinking they aren’t that powerful. 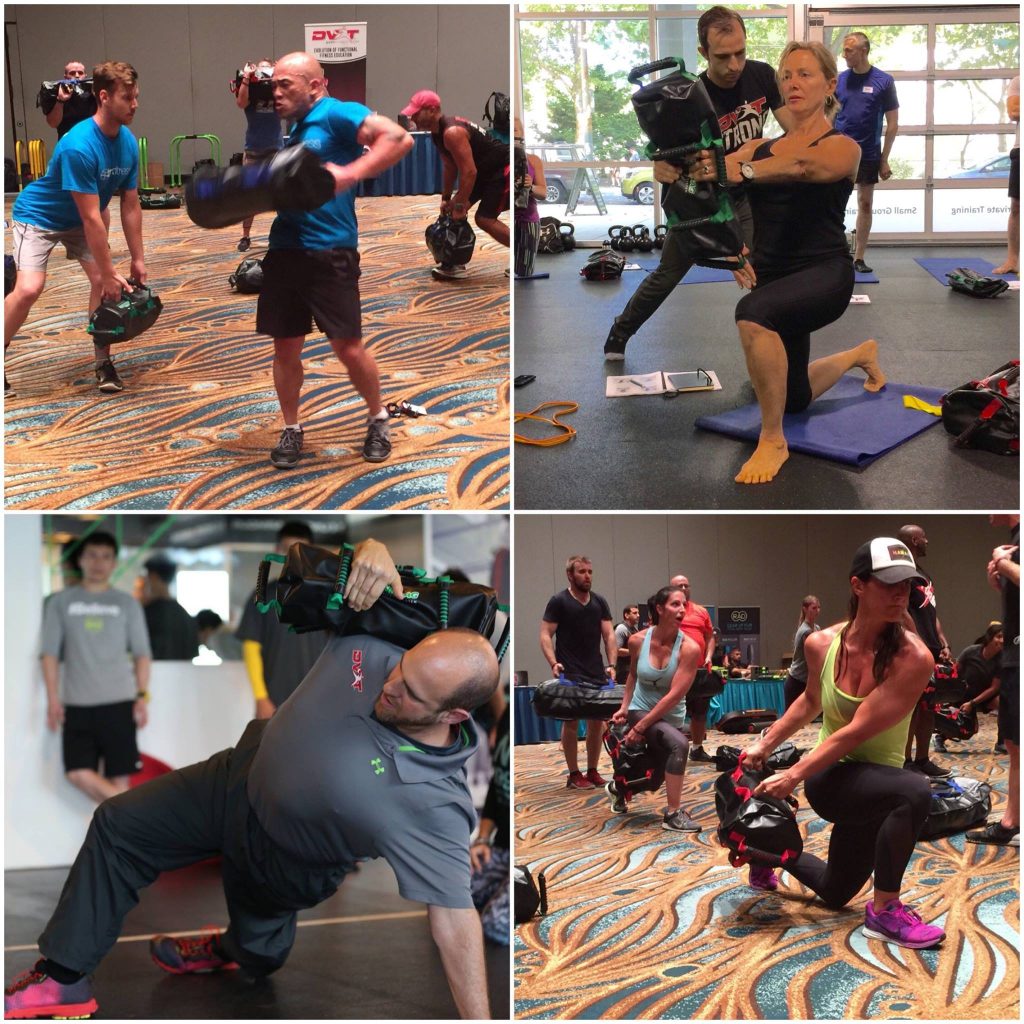 That is why our DVRT system is so important to the title of DVRT Ultimate Sandbag Training. Without the system of HOW and WHY we use the Ultimate Sandbag, the tool itself becomes less significant. An example is the fact that Mr. Dellinger went on to want to mimic barbell lifts with the sandbag. I get it, but really when you dissect it, it makes no sense. A sandbag is not a barbell and a barbell is not a deadlift.

When we think in terms of just barbells we lose the unique aspects and opportunities that DVRT Ultimate Sandbag Training offers us. That is the chance to train the body in different and better ways to develop true functional fitness. Below is a workout I used after I started coming back from spinal surgery (some wonderful car accidents finally took a toll on my body) and more importantly, how the little details of movement make a BIG difference in our results. I am not telling you to JUST use DVRT Ultimate Sandbag Training (although you COULD), but I’d rather have people see it as its unique type of training that used with the right purpose can deliver powerful results!