Why Push-ups Are SO Important!

“Sure, those are cute” I thought to myself as I would watch guys in the gym perform their push-ups. For me, push-ups were a nice conditioning exercise, or what you wanted to get that nice “chest pump” at the end of your workout. They weren’t a serious exercise that you used in any way.

That is unless you were some ungodly trained gymnast, but c’mon, how many people could really get strong off push-ups?

Like many, I blamed my inability to perform more advanced push-ups on being a “bigger guy”. There is some truth to that, you don’t see a ton of 6’3 235 pound gymnasts out there. While I wouldn’t be competing in the Olympics any time soon, there wasn’t any reason I couldn’t get significantly better at push-ups.

Don’t get me wrong, I could nail many of the well known push-ups no problem. That is why I never thought they were that great. I would throw the extra weight on for challenge, do crazy things, I am sure you know it all. However, like DVRT, I found mostly that I was treating push-ups in the wrong way. 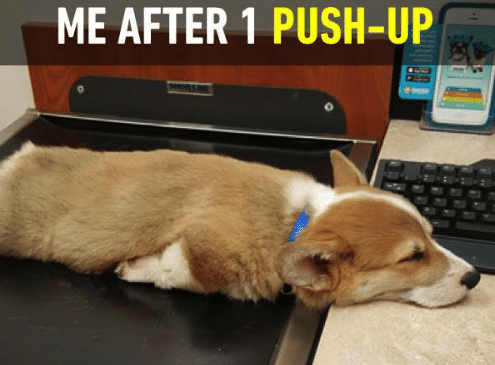 While you can absolutely add load to any of your push-ups, the real value of them wasn’t in just cranking the load like you would a bench press. As I started to learn that the real greatness of push-ups was in how to do the advanced versions well you had to really learn to connect your body from head to toe. Something was out of place, it didn’t matter what type of brute strength you possessed, you were just not going to succeed.

That all fit perfectly with DVRT and what I was learning about the body. Strength wasn’t just a factor of bigger muscles or heavier loads, but how effectively we could connect the chains of the body.

This really all came together for me in 2011 after I had to have a neck disc fused because it was compressing my spinal cord (remember my previous post HERE where I said I had some bad luck?!). Several car accidents, sports head injuries had left my cervical spine quite the mess. I didn’t even really notice the severity as I had long been prone to debilitating headaches or my neck “going out”.

As I saw the strength in my right arm diminish to the point where lifting 20 pounds overhead was a challenge and getting off the couch was almost impossible due to migraines, I knew something bigger was happening.

Due to the surgery, nerves were cut and while my migraines got way better I was left with better control, but poor strength in my right arm. Where I could do upwards of 20 pull-ups rather easily, I couldn’t perform a single one, not even close!

That is where I started to gain appreciation for the push-up. Instead of just relying on my pushing strength (which I had been naturally good at for years before), I had to find connections. I had to learn to use the ground, how to use my lats, how to engage my core right, all the way to using my feet!

Slowly but surely I got better and better. Within six months I was pressing a 106 pound kettlebell overhead once again (something Jessica got really mad about by the way!). It wasn’t from pressing heavy loads, but the time I spent with developing many of these skills in my push-ups. 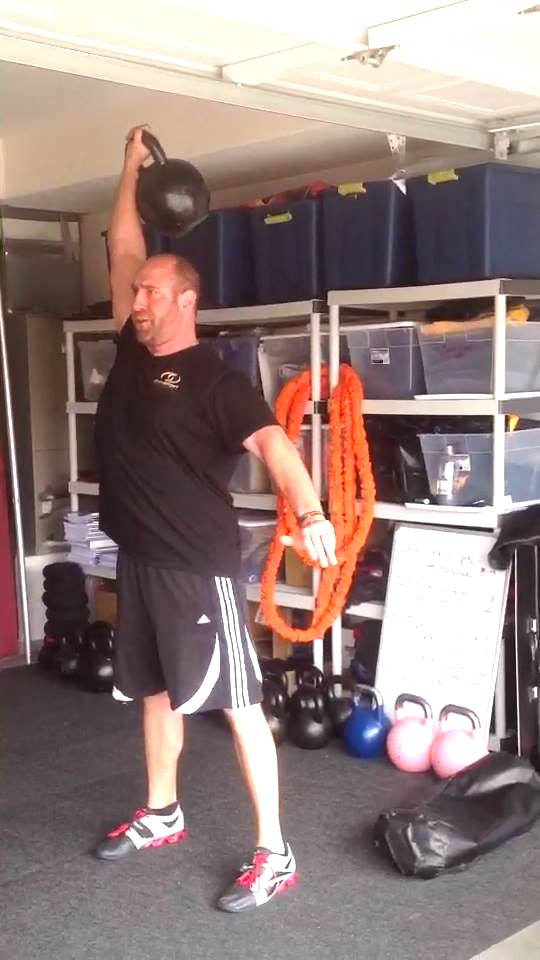 Like what? Most people see many of our Bird Dog and Drag variations in DVRT as just more core training. Don’t get me wrong, it is AWESOME core work, but done with the right intent, it is so much more! Learning to make the connections of the body like I just described is foundational. The connection, time under tension, isometric strength builds some crazy carry over to pressing.

How is that possible? You don’t bend your arms on many of these drills so what gives? Pressing is as much about “pushing” and connecting as it is big chest, shoulders, or triceps. It is about learning how to use your body smarter and doing things you are generally weak at and can hide on things like a bench press.

While foundational push-ups teach the skills we want, the Bird Dogs and Drags challenge our ability to keep these connections and build even greater strength in stabilizers all across the shoulders, trunk, and even hips.

Far too many people don’t realize how much of the body is responsible for strong, healthy pressing. You see that is the other thing. After really spending time on the DVRT concepts and drills we show in today’s post, not only did I become stronger, but I had ZERO issues with my shoulders! This is the opposite of how most people think I would feel after such a great emphasis on pressing.

Sure, I know many of you or your clients wrists, shoulders, or whatever hurt doing push-ups. I hate to say it….you are doing them wrong! While we often think of push-ups as “basic” they aren’t. They are foundational which I believe is different because there are quite a few skills in performing great push-ups and understanding where to take them!

I hope you will really pay attention to the cues in today’s DVRT post and see how we layer progressions around greater movement to increase your real world strength and lean muscle!

Love great training like this? Don’t miss our DVRT online courses HERE or DVRT workout programs HERE for 25% off with coupon code “strong”.