I wish I had the picture today, but it was wayyyyy before the days of social media and tracking your every move! Yes, the “good ole” days where I would drive my Saturn (yes, I drove a sexy Saturn sedan) to the gym all the while low riding the whole way there. I’ll admit, it was quite a scene to not only get to the gym, but then to watch me lug all my kettlebells into the gym! Yea, I was doing loaded carries before they were all the rage but they weren’t for my workout:)

In all honesty, it was worth it to me as in 2003 becoming kettlebell certified changed a lot of how I trained not only myself, but clients as well. One exercise in particular was the get-up! Yes, it was called the turkish get-up, but I think nowadays we can say it just as the get-up. 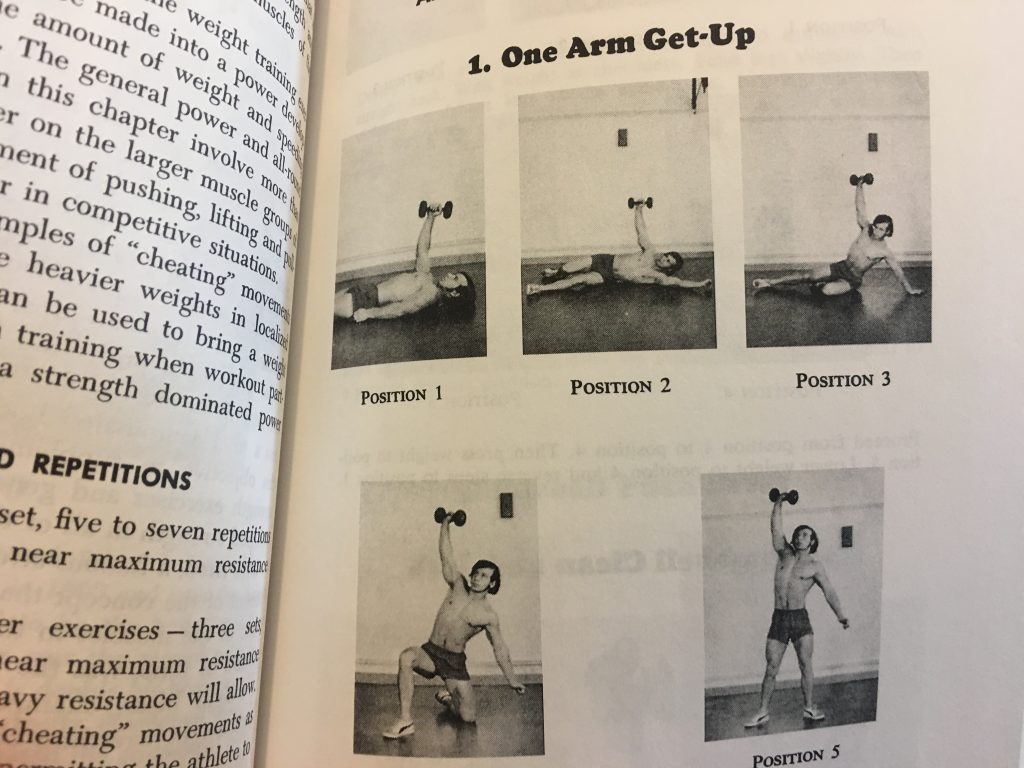 I know, it loses a bit of luster when it is not from some mysterious foreign land, but it doesn’t make it any less valuable. For me, I fell in love with the get-up because core, shoulder, and hips were three areas that had been badly beaten up by years of athletics and hampered many of my attempts to reach my fitness goals.

Within a few weeks I made such great progress in the get-up that I had outgrown the weights of kettlebells I had. One hundred pound plus dumbbells were in my repertoire and I was loving life!

However, there was a big problem, it was SOOOO hard to teach my clients the get-up! Too many moving parts, lots of need for body awareness, AND the fact most never came to me to learn the get-up, but rather to achieve their own fitness goals. It made me realize that I had to find BETTER ways of teaching the get-up if I wanted to make this part of my clients arsenal.

I’ll admit, I got a bit disenchanted with what I was seeing as a break down of the get-up. It became popular to do what is known as a “naked get-up” (btw, don’t type that into Google!) 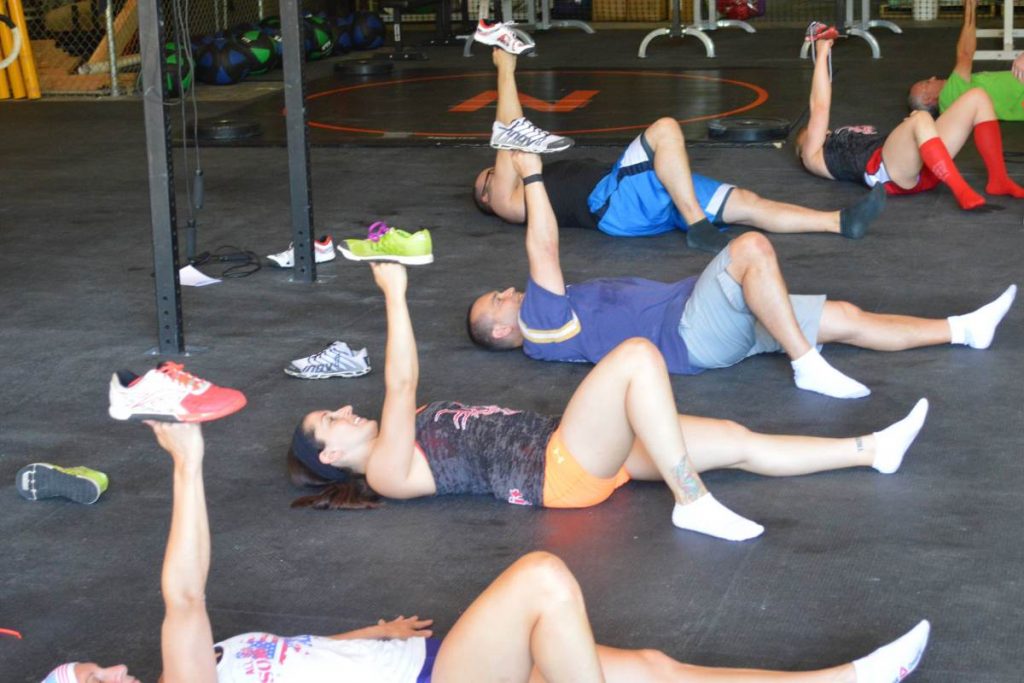 The naked get-up is typically done with a shoe on the fist to help learn the precision of movement and get feedback upon compensations.

Why don’t I like the naked get-up? Not just because looking up pictures on search engines can scar you! Rather, it isn’t a wrong, but very inefficient way of teaching the exercise. Let me explain before I have the torches and protests coming for me!

For almost any exercise we teach, we break it down into components and concepts. Squats, push-ups, deadlifts, shoot, even planks. However, the get-up has so many components that trying to break down all the components at once seem to cause frustration for client and coach alike.

Trying to do the naked get-up also means that we don’t get to build strength in the specific qualities of the movement. Using the naked get-up assumes that all the issues are a function of “learning” and not strength, stability, or mobility. So, it would make sense that we deconstruct the get-up to work on specific components of the exercise no? Building up strength, stability, and mobility to do the movement well would allow us to build faster results right?

Now, before you ask, “well have you ever TRIED the naked get-up”, I have. It was about a week of trying it that I said, nope, this isn’t working. I don’t mean that teaching the naked get-up can NOT work, but it wasn’t working for my clients.

I quickly found them getting frustrated because they were SO focused on not dropping a shoe on their heads that they could not focus on the movement we were trying to learn. Heck, even the type of shoe they were using was a variable and it was just getting ridiculous. Not only that, but I found that the shoe was offering very little in the form of feedback that when they were under ACTUAL load they learned way more.

If you think I am alone here let me tell you differently. Last year I got an opportunity to teach DVRT to one of the premier sports performance facilities in the world! While there, one of the top coaches confided in me that they just don’t teach the get-up with a lot of their athletes because of time limitations. That there time was better used doing other things.

Don’t get mad at the messenger! Instead, let’s think can we make doing the get-up more accessible to more people!

It really isn’t that hard, we do it all the time for just about every other exercise out there, we break it down and spend time on getting better at specific aspects and then put the puzzle together.

In an effort to use both kettlebells and Ultimate Sandbag exercises to fuel better results, we need to start at the beginning. What is the one of the major issues facing the get-up? We can trace it back to hip mobility/stability and core strength. More importantly how we integrate those concepts together. As I wrote HERE they are indeed intertwined.

If you can’t control your hips and stabilize your core, you won’t get very far in the get-up. Just telling you to do it and getting you to focus on something else is not enough if you don’t possess the qualities to do it well in the first place.

Some may think I was looking for an easy way to integrate Ultimate Sandbag exercises into a discussion of the get-up. Interestingly enough I thought of that point when a coach that had been through a kettlebell certification and our DVRT program wrote me. He was concerned from deviating from what the kettlebell program taught him even though he saw a better solution.

My point? You shouldn’t do things just because I or anyone else say so, you should do them because they allow you to improve faster. If it also makes you feel better I do believe the kettlebell to be a great compliment to DVRT Ultimate Sandbag exercises and yes, we can use it in building the get-up like in the video below.

All exercises, yes, even Ultimate Sandbag exercises are useless unless you are trying to achieve something specific with them. Exercises are really tools we use to solve needs we see for ourselves and our clients. Equipment, exercises, and programs should reflect not just what makes us feel good, but what makes us better!

Don’t miss the chance to save 25% on all DVRT workout programs HERE with coupon code “vday” for a limited time!