At a glance of my Instagram profile it’s not hard to tell that I’m a huge comic book and superhero fan. My favorite heroes are normal individuals with relatable problems that discover they have unique abilities that they can use to help people. I think that’s why I gravitated toward coaching after the conclusion of my postsecondary education. Shortly after graduating I registered in one of the most respected certifications that required a degree in Exercise Science as a prerequisite. It was the ace in the hole that would be a differentiator. 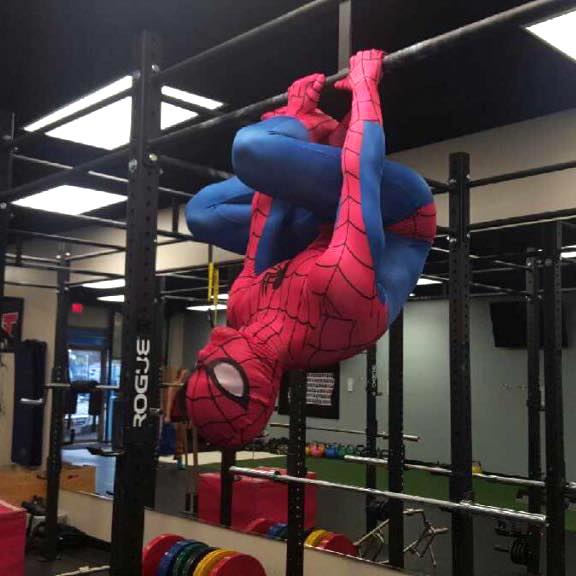 Through my education I had accrued all the knowledge I would need to be a superhero coach. As it turns out, I was wrong. I realized I was over my head shortly after taking on my first few post rehabilitative clients. I didn’t know where to start or what I was doing. I began attending as many conferences and seminars as were available and filled the gaps with additional content sold at the post conference trade shows via DVD or books. The more I knew, the more I started to see results and the more I hungered to learn.

I became a huge proponent of solution based training. Rather than avoiding performance of a movement I learned to adjust intensity or focus by manipulating variables such as joint angle, lever length, stance, how an exercise was loaded etc. It wasn’t until my colleague, Kari Negraiff, got me onto DVRT that we were able to systemize our approach to training. After listening to Josh on the “Strength Coach Podcast” Kari was convinced that we NEEDED to get DVRT certified. We packed our bags and headed for Seattle for the next available certification. Josh and Jessica blew our minds. They presented a systematic approach to training that made so much sense we were shocked that no one else was talking about it. 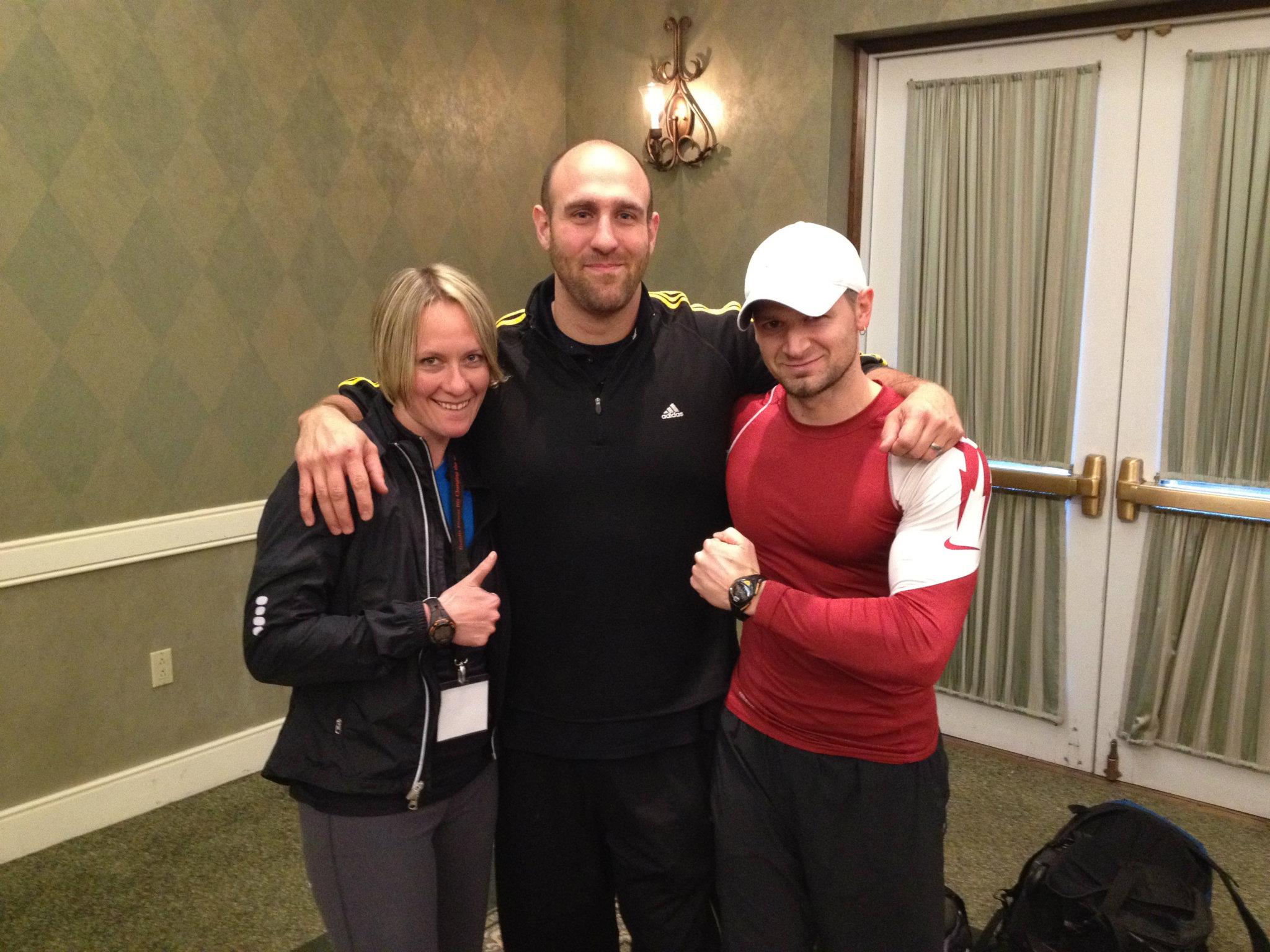 DVRT has dramatically changed the way that we approach training and I consider the knowledge of the system to be a differentiator and our SUPERPOWER in conjunction with the use of the Ultimate Sandbag (USB). Let me explain why:

I rarely coach in a one on one environment which makes it increasingly important for me to be able give short meaningful instruction. The Ultimate Sandag is built in such a way that it provides the user with valuable feedback that is often underrated. The USB has been constructed with function in mind from the placement of the handles to the size and shape of the implement. This is a decided advantage over most other implements. 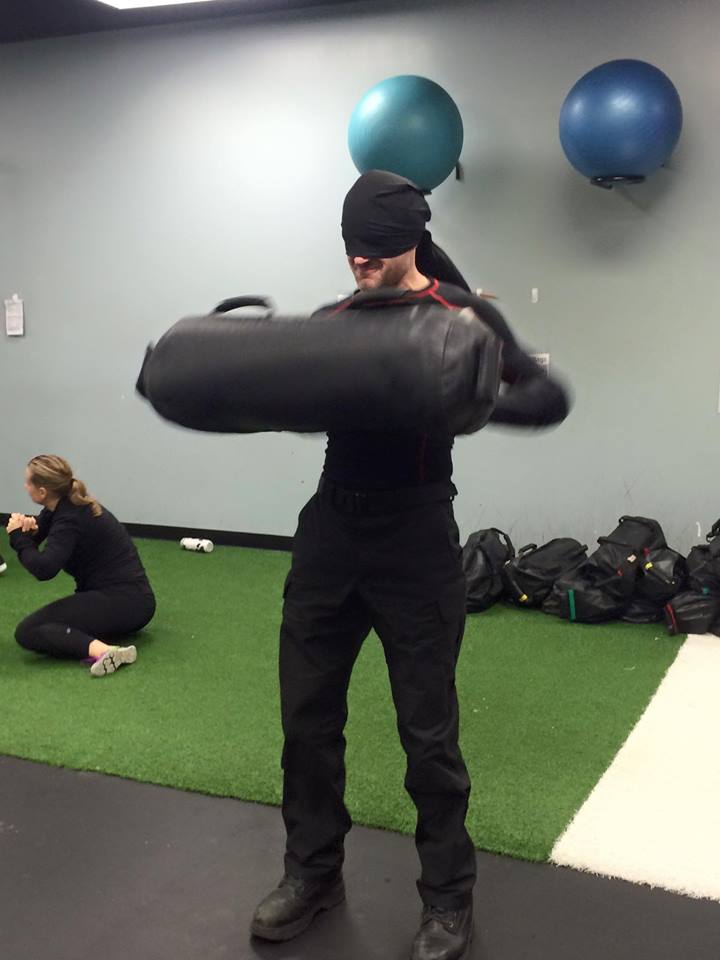 If I am teaching someone a loaded deadlift from the floor for the first time I will always start them with a USB, and most likely a strength bag (note that there are prerequisites that must be met before we get there).

I can quickly set someone into the initial start position and give them one cue and have success. One mark of a great coach is how quickly you can get someone to perform movement competently. The use of the USB and principles of DVRT has had a huge impact on shortening time for skill acquisition and inherently made clients less dependent on repetitive cues because of how intuitively the USB works for performing an exercise.

I admit that when I first learned about the planes of motion I only really considered in what plane that an exercise was moving. As I learned more I started to understand relevant planes of motion of the joints involved and eventually started to understand that manipulating holding position or body position can challenge the forces on the body even though you can’t see them in action.

DVRT was the first time that I had heard of a way to systemize the way you hold an implement or position your body and the implications that has on intensity. Josh’s system helped us provide our clients with logical progressions that were not leaps and bounds above what they had previously learned. Theoretically it might be expected that if I can do 5 body weight squats then I should be able to do 10 single leg squats per side. This couldn’t be further from the truth, and the principles of overload as systematized in DVRT really do explain progression in a much more meaningful way. 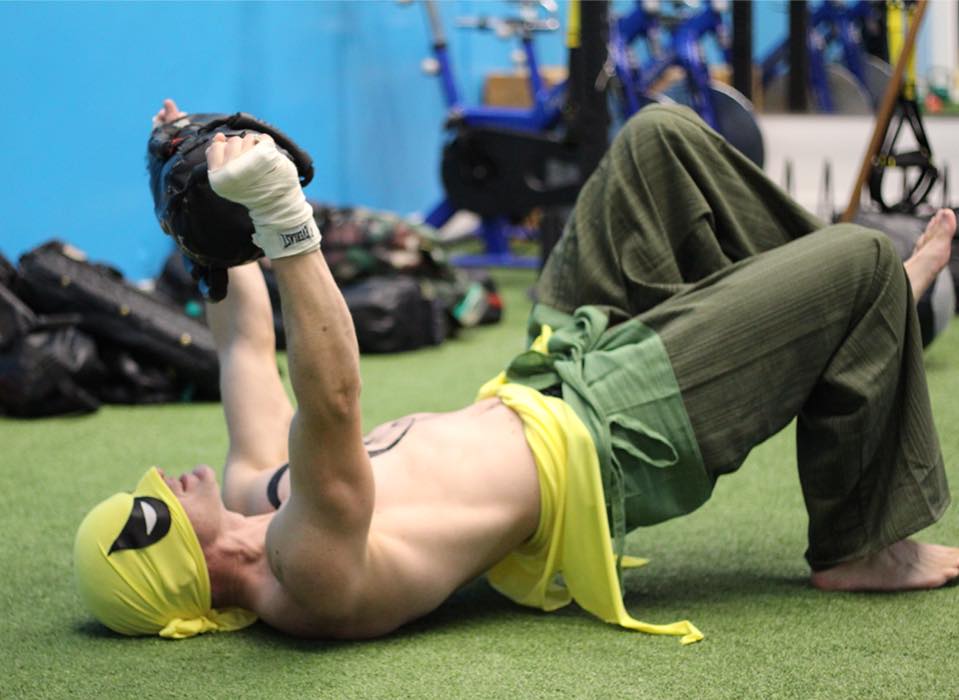 The ‘invisible’ forces imposed on the body intensify greatly when you move from a bilateral to unilateral exercise. DVRT showed us how to systematically progress movement so that a client continues to experience success.

There is no going back after learning this system, after reading this you have no excuse but to provide meaningful progression to help bridge the gap for your clients.

Stability of the Implement:

The unexperienced coach will consider using a USB as an unstable implement. Depending on the loading of the USB (and the substrate used) the stability will vary. In general the less a USB is loaded the more movement there is within the shell of the USB and the less stable the implement is. Using a substrate such as water will also dramatically change the stability of the USB, which will influence how you would use it. 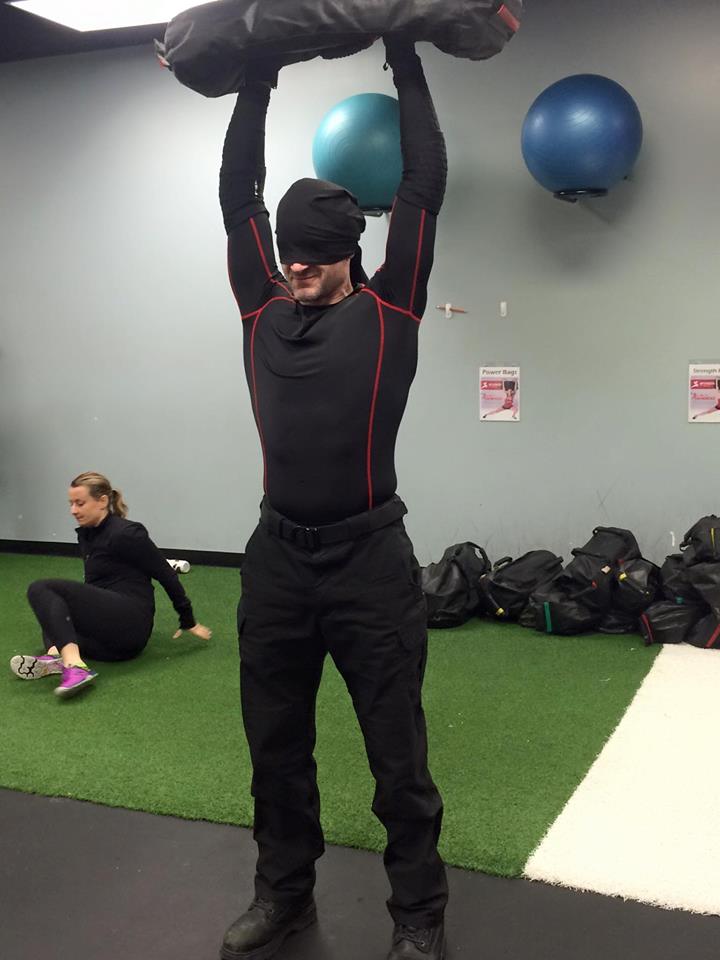 Although this principle can be applied to a static movement such as an overhead press I prefer to use the instability of load to challenge unilateral dynamic movements. My favorite examples are two of my favorite ‘big six’ DVRT moves; the shovel and MAX lunge. These movements involve unilateral deceleration and acceleration of load. Within the USB are filler bags, and within those filler bags is the substrate (sand or water). When there is less volume of substrate in the USB it has more freedom to move. As the USB is slowed to a stop within it the filler bag will move in the shell, and substrate will move in the filler bag. The result is that you will really have to fight hard to maintain stability as the load in the implement dynamically challenges you. This is the true essence of DVRT!

DVRT and L.I.F.T. courses take complex principles and present them as a step by step manual for how to get results from a fitness program. It has helped us meet our clients where they are at and get them to their goal faster than conventional training. As a fitness business owner it has been my observation that our coaches have developed significantly faster from having a base knowledge of DVRT. A DVRT level I & II certification has become a nonnegotiable in maintaining employment at Envision Fitness. Knowledge of DVRT has fast tracked our coaches’ ability to make small but meaningful adjustments to the intensity of an exercise or program to meet a client where they are at. It’s our secret sauce and our SUPERPOWER. 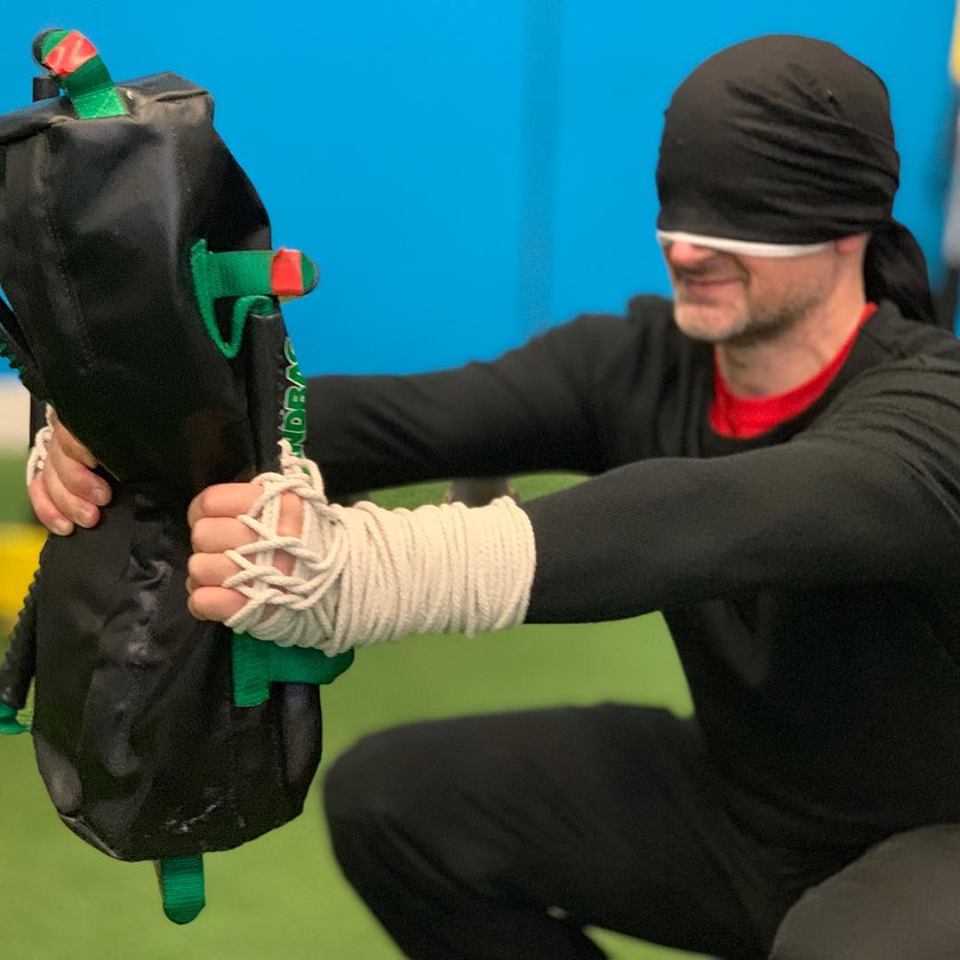 The Ultimate Sandbag is the perfect tool for application of DVRT principles and it provides feedback to minimize skill acquisition time and sets up the user for better biomechanics based on the smart anatomical design. Dimension, load placement, and stability of the implement become important variables that can be adjusted to accommodate nearly any client. I did not think that a  tool could change the way I thought about training but the Ultimate Sandbag in conjunction with its use in the DVRT system has changed the game entirely.

Steve Di Tomaso is a sub 3 marathoner, trail runner, off-road triathlete, DVRT Master Instructor and owner of Envision Fitness in Pitt Meadows, BC CANADA. You can follow him on Instagram @dvrt_runner