Can Ultimate Sandbag exercises solve even the most common fitness problems that plague many workouts? Especially those really scary ones?

The ones that stand in the shadows, scaring many fitness professionals and strength coaches alike!

You never know when it is going to come about, but when it does, oooooh it can be scary!

Well, the way people talk about the butt wink you would think it was one of the most horrible evils you could ever commit! More than likely, after this post you will realize two things….

It isn’t hard to fix the butt wink and why it happens.
It may go a bit under the same hysteria that having your knee go over your toe, or locking out your joints causes in fitness. In other words, not much. 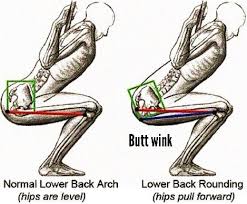 Yes, we are HUGE about our DVRT Ultimate Sandbag exercises not putting load on people’s backs, but for good reasons. After all, even for the biggest cynic, we don’t benefit one way or another if you do!

Okay, but we can delve a bit deeper and show you why DVRT Ultimate Sandbag exercises might be the simplest solution in the world! In fact, I know this because I JUST went through this with a few coaches a few days ago. While going over some of our squat progressions, a coach stopped me. He said, “hey, his butt wink is not happening till way later!”

He was remarking to one of his colleagues comparing his bodyweight squat to one of our favorite DVRT Ultimate Sandbag exercises, the Press Out Squat. Yea, one of those “it can’t be that easy, oh wait, it is” type of movements!

Trust me, I get it, I spent so many years going from corrective exercise programs to saying, “screw it, we are just going to squat anyways”. The truth is I didn’t really understand WHY people were having problems with their squat and ultimately what caused the butt wink.

So, why did that coach notice his colleague butt winking WAY later in the squat in the Press Out? Really simple, it is a core activation/strengthening issue. Sadly, if I ask most people WHY they squat, they will tell me to strengthen their legs. Well, THAT makes sense on the surface, but if you think the squat is ONLY for your legs you are missing the bigger picture.

What people notice first when they start implementing DVRT Ultimate Sandbag exercises is both how tired they get and how much they feel their “core”. They are kinda related in that by using more muscles on every exercise you get tired faster and a lot of those muscles have to do with greater core activation.
In fact, that is what a study at the University of Wisonscon-Milwaukee found. That even with the SAME weight held in the SAME position that the Ultimate Sandbag burned more calories and activated more of the core than dumbbells. This is a BIG deal because this is one of the first times we have where “a tool is NOT a tool!” 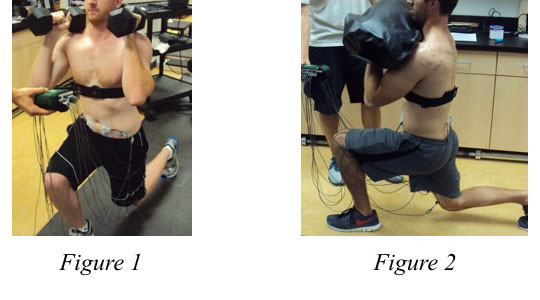 However, using Ultimate Sandbag exercises is a good start because of the greater core activation, the bigger point is being deliberate in HOW you activate the core in movements like the Press Out Squat.

When working with these coaches they commented time and time again how the details of using the weight made all the difference in the world! That by properly stabilizing their core with very deliberate actions they were able to feel their core and therefore move better than they ever had before!

So, what should you be doing? Check out how to use these DVRT Ultimate Sandbag exercises to help fix your butt wink issues and build a stronger squat with smarter progressions!

Learn how to to move, feel, and perform your best with DVRT education that is changing fitness HERE