“You must get this a lot”, fitness expert, Alwyn Cosgrove asked me. What’s that? “That you are the sandbag guy and not the strength guy!” Alwyn and I have known each other for almost 20 years so he has seen what DVRT Ultimate Sandbag Training has been from the beginning and has seen how the industry has reacted in very positive and sometimes very curious ways. Was he right though? 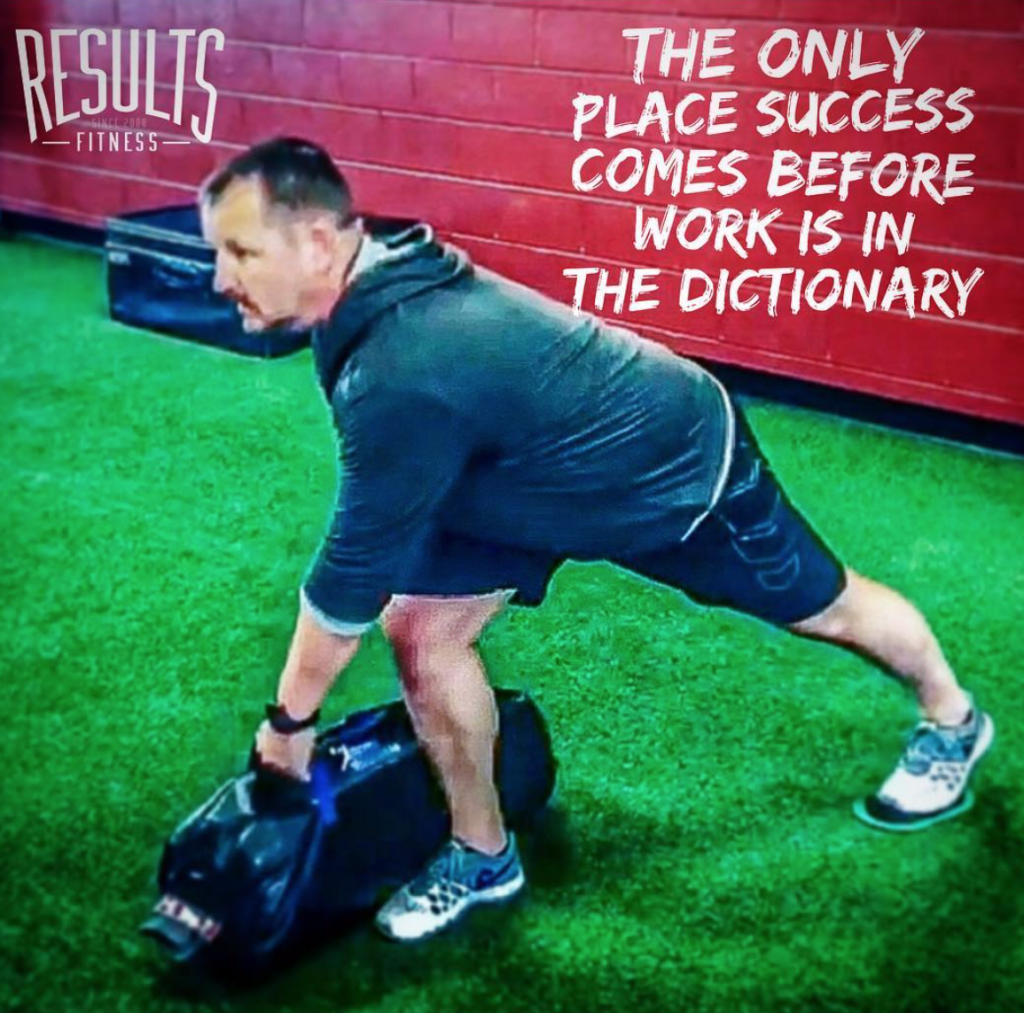 In all honesty, he was right. That is by those that have never actually followed what we do in DVRT Ultimate Sandbag Training. From a distance much of what we do can look odd, it can be confusing how weights so much lower than people are use to seeing in the gym could make us strong, and we approach strength from some a different angle that many people can’t figure us out so they chalk it up to being just good for conditioning.

Funny enough what inspired me to go down this whole road to begin with was having an 80 pound homemade sandbag beat me down over 15 years ago. After having competed in Weightlifting and Strongman, I thought an 80 pound sandbag wouldn’t be much of a workout. I had been inspired some old strongman training ideas and wanted a new challenge.

My initial sandbag training work was on the right path, but needed to be refined. However, I quickly became to respect 80, 100, and more that I would have never thought about with a barbell.

Within a few minutes I could feel my heart pounding in my chest, but I also just felt every muscle in my body smoked. That weird feeling where, no ONE muscle felt particularly tired or burned, just like EVERYTHING had enough!

That humbling experience made me really think, break down, examine, research, and experiment in all sorts of ways to find out if this “sandbag training” was real or not. I bet you can guess what happened as now over 15 years later our DVRT Ultimate Sandbag Training program is used in over 80 countries worldwide, by professional sports teams, and by military, police, and fire departments.

However, did I answer the question if we build strength? I guess to answer the question we have to ask a question….what is strength? The textbook definition will give us an answer along the lines of “the ability to produce force.” Okay, that makes sense but here is the problem. I know I don’t have a force plate (a unit that measures force output used in research) when I train and neither do any of my friends.

Not sure WHY people think DVRT Ultimate Sandbag Training can’t produce great strength?! When you combine what we can do in both what are familiar with and a whole bunch that is new then maybe we should re-think how we go about strength! What DVRT Master, Cory Cripe shows is not only how challenging a heavy Ultimate Sandbag can be but how many different ways it can be used to build all around functional fitness.

My point is that most people don’t know how much force they are creating and default to assuming the more weight we move, the greater force we create. That kinda makes sense right? We know from physics 101 that force equals mass times acceleration. The greater the mass and we can accelerate enough to lift it we should have higher force. Blog post over and that definitely makes lifting a 60 pound Ultimate Sandbag not much of a strength workout for people right?

Well, not so fast! There are some other variables in play that we have to discuss. That would be true IF the objects were the same. Yet, pretty much anyone on the street knows an awkward object can be VERY different than a very stable one. Unlike the question that asks, “which is heavier 100 pounds of feathers or 100 pounds of stone?” We have to to think about what it takes to lift an awkward object versus a stable one.

When it comes to lateral strength training it isn’t something we give a lot of attention to in our training. I mean there might be the occasional lateral lunge or side plank, but many times that is it! However, there are few ways to improve strength and mobility than improving lateral strength. Increasing frontal plane strength helps us have a stronger foundation for producing strength and being resilient to injury. As #DVRT UK Master, @dvrtfitness_uk says _____________ Lateral Strength Exercises! Frontal plane strength is critical for preventing injuries particularly in lower backs, shoulders and knees. Connecting the lateral chains of the body improves mobility in the hips and shoulders as well as stability in the core which helps to integrate the body as a whole. Some of these single leg exercises are great substitute for side planks and they still engage the whole chain from head to toes.

Why did I make that homemade sandbag? I was reading about old time strength training ideas and in one form, these amazing athletes would use awkward implements. Why? They didn’t have the science, but they would right lines such as, “odd objects fill in the gaps that most strength training tools leave behind.”

When something is predictable and balanced, we can really “groove” the movement. That is partly why we see people especially in initial phases of training make really fast improvements in their strength. Their nervous system “learns” how to be more efficient. 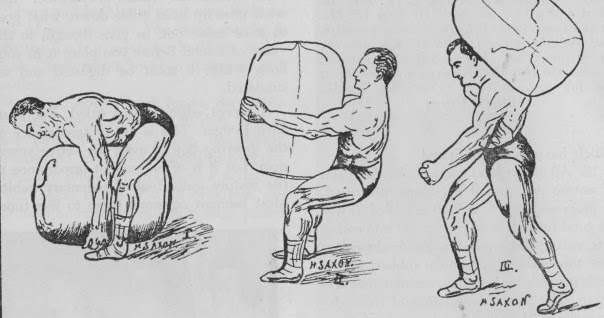 However, when you have an odd object, every repetition is just a bit different. You have to be more accurate in your movement and as spine specialist, Dr. Stuart McGill, puts it, creating “linkage” in the body. See strength is more than how big your muscles are, in fact, most textbooks will point to the fact that your muscle size has much less to do with how strong you are than these other qualities.

Is there anymore to DVRT than just lifting something weird? Of course! What is just as important is the principles we have developed. For example, we manipulate holding position fo a weight and that is big in changing how we see what strength is all about!

Do you want to know why I love #dvrt 😍 It’s the ability to create more, or less, intensity with an #exercise without changing the weight of your #fitnesstools 👏🏼 . . . Back in the day, the only way I could make barbell #backsquats more challenging was to put more plates on the bar, or do #frontsquats but I had to significantly lower the weights for that and I wasn’t interested in that #songanddance 😱 Using the #ultimatesandbag and the DVRT system has allowed me to seamlessly change the intensity of my squat exercise without changing weight or even my feet! That ability can go a long way in #grouptraining 🙌🏼 @ultimatesandbag #lowerbodyworkout #coreworkout #lacrossewisconsin #sandbagtraining #dvrtdad #functionaltraining #hiitworkout #crossfit #gluteworkout

DVRT Master, Cory Cripe, shows how we make a squat harder just by changing how we hold the weight.

For example, people like to put weight on their back because that is the most stable environment to hold a weight. If we just move the weight to the front of our body the amount of weight we can use drops A LOT! Why? Unlike the back squat where the limitation tends to be low backs, in the front position it is our core’s ability to stabilize and our lower body’s ability to produce force that dictates the movement. With the Ultimate Sandbag this point is amplified more with the load in front of the body in a unique way and having dimension which challenges these concepts to a higher level.

If that isn’t enough for you, here is another. Simply by moving the weight to the shoulder now we have to resist lateral and rotational forces. Not only do we have to be strong enough to move a weight up and down, but do so WITHOUT moving from side to side or in rotation. That combination of producing and resisting force is how we function in the real world and sport, but are qualities we tend to overlook in the gym!

Alwyn puts it well too…”I think that an exciting trend in resistance training will be a further move towards more “Asymmetrical and Alive” types of training. Let me explain “Alive” – let’s say you can deadlift 100lbs. Now try to pick up a 100lb child who doesn’t want to be picked up! It’s an entirely different type of strength – one that grapplers and mixed martial artists can attest to.

I can remember my brother coming to visit and squatting over 200lbs very easily. I gave him a 100lb DVRT Ultimate Sandbag and asked him to clean it and front squat it. He couldn’t do it. The bag moves around too much.”

This is tougher than it looks. Very hard to stabilize! This is a video from an actual training session. The @ultimatesandbag is only 60lbs, but the stepping action, and the rotation of the load creates a lot of moving parts, and demand on the body. This was performed as part of a full body circuit session.

When I tell people I don’t use barbells they often give a raised eyebrow. They think I’m full of it, or I’m not serious about strength. NOTHING could be further from the truth! Instead, I think more deeply about what strength is about and how we function in the real world. All of a sudden your image of what strength training should represent changes dramatically!

We have only 48 hours left to save 25% on EVERYTHING at DVRT with code “train” HERE. When you invest in our military grade Ultimate Sandbags you will not only save 25% but also get 1-Year’s worth of FREE. You can also get that on our awesome DVRT Workouts HERE.