What Does Functional Training Actually Mean?

I wanted to have a whole bunch of different discussions this week on our blogs. I wanted to get into a few deeper topics about functional training, but as we continue to share content on our social media outlets it becomes clear to me we have a problem first and foremost….People do NOT know what functional training means!!!

As I have mentioned, I come from a family of teachers. All different environments, levels of education, etc. However, no matter the topic, who you are trying to teach there is one HUGE commonality. That is being able to find the RIGHT way to communicate to your audience.

If we want to further the fitness industry, but we all have different ideas of what a pretty important term means, then we aren’t going to get very far! It would be like we are trying to have a conversation together but all speaking a very different language. So, I thought it would be worth take a post, or even two, to really outline what we mean by functional training.

In the early the mid 90’s bodybuilding had pretty much become the staple of every avenue of strength training. Whether it was how we look, improving our health, overcoming injuries, everything was about targeting isolated muscles and making sure we got the right angles of the muscle fibers in doing so (those of you who trained then know what I am talking about;).

Heck, I did it! I had a chest/back day, a leg day, and an arms day. I did that for awhile and many people will ask, “did it work?” Man, that’s always so tough because we have to define “work for what?” Did I add some muscle? Sure. Did I get “stronger” at a variety of lifts, absolutely. Did I feel great, did I have great movement skills, did I feel strong in ways other than just moving up and down? No, I noticed how limited my fitness was and to a large degree I was only “gym strong”.

Going back to functional training though, as some therapists, strength coaches, and even fitness professionals realized how far we had gotten away as training as we are designed to move, there was a push back. People like therapists, Gary Gray, strength coaches like, Vern Gambetta, pushed for this new idea of functional training. To help people learn to not just lift in the gym well, but to move their bodies well in any sort of environment.

Gary Gray did a great job outlining some concepts of what functional training should involve and how it should be thought about when designing exercises and programs.

Movement is affected by the ever-present force of gravity.
•Movement occurs three-dimensionally.
•Movement follows the path of least resistance.
•Movement is task driven.
•Movement triggers a Chain Reaction & trade throughout the body.
•Movement is individualized, as people are different. But there are BETTER ways!

This DVRT Snatch variations by Jared A Forestieri is obviously advanced. How is it “functional” though? Having the ability to accelerate and decelerate with great precision is one strong point. Having stability, mobility, and reactive strength to both produce power and resist force of the Ultimate Sandbag is another. When moving this way we have to resist lateral and rotational forces while moving straight ahead, a lot like we do when we run and do many real world activities. It is what makes up movement we target!

Of course, learning how the body actually functions when we produce movement isn’t of much interest to many working out. I don’t blame the person that works 50 hours a week, has a family, and tries to squeeze in a 30 minute workout session. I DO blame the professionals in our industry (including myself) that have done a lousy job of explaining what makes functional training and why it is so valuable to people versus the popular isolated methods.

I had in my timeline on social media the picture of myself pop-up learning to walk again. Three years ago after my 25 year old back injury “died” I lost the ability to use my leg. Getting back wasn’t just about strengthening my quad, glute max, or oblique. Learning to walk again made me really use the concepts of functional training, most notably how our nervous system plays such a bigger role in overall movement, real world strength, and fitness that makes a real difference in our lives. 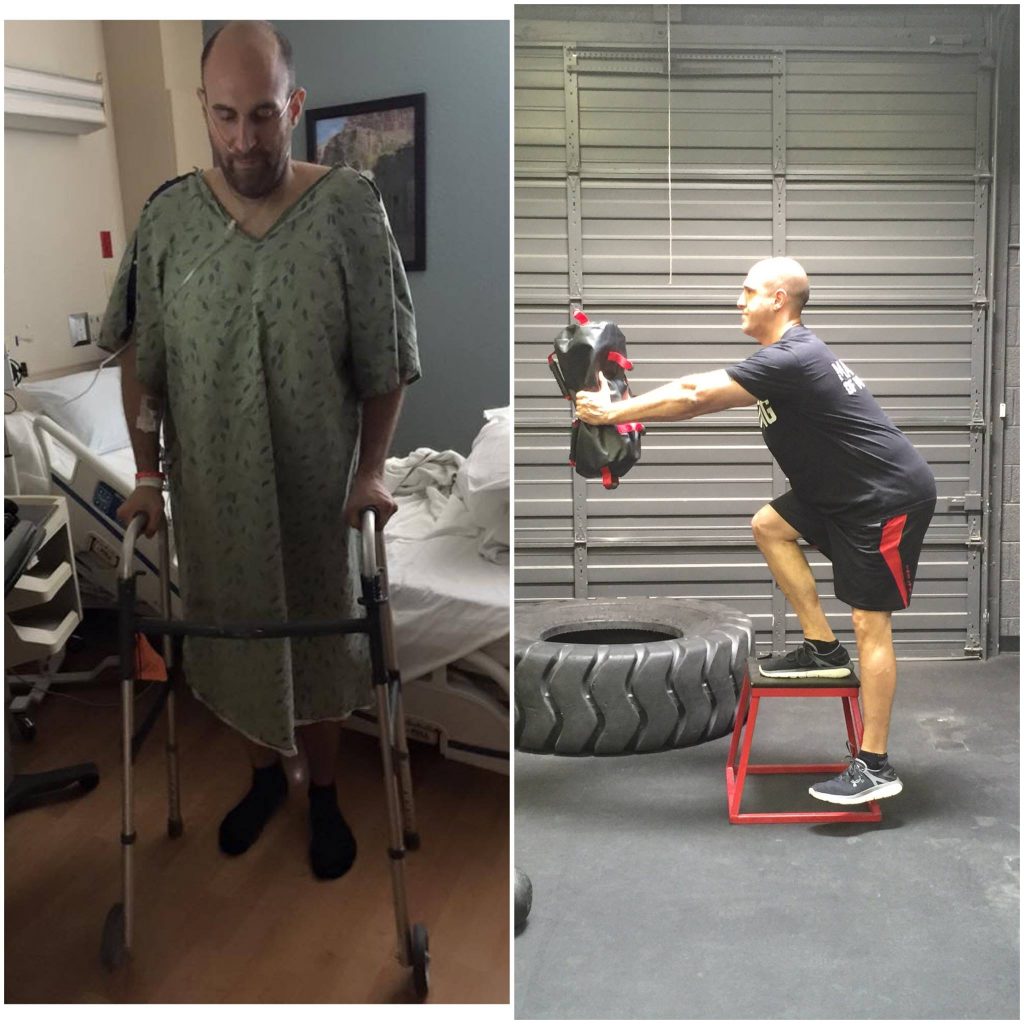 Pretty soon I’ll be sharing an interview I did with Dr. Jennifer Reiner-Marcello (I’m going to call her Jennifer because she is really cool and that’s a lot to type;). Jennifer has worked at the highest level with professional athletes and those who fight to “recondition” from injury or just lack of training. She had a beautiful way of putting what functional training is trying to do, she called it improving movement literacy. I couldn’t agree more. 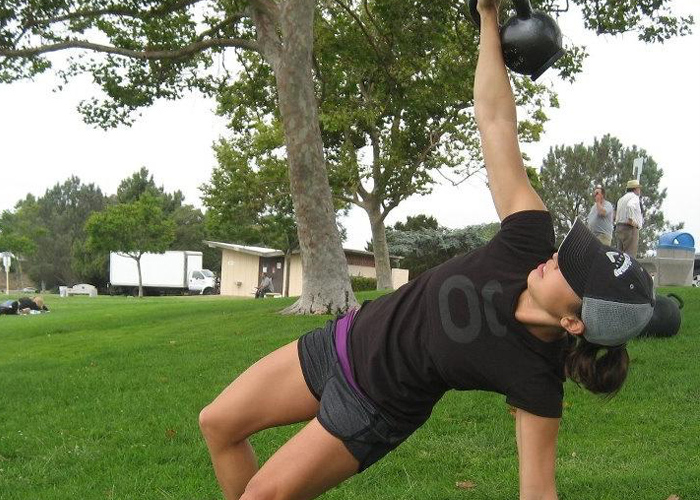 Basically, this means training the nervous system, the body’s natural kinetic chains, and thinking about how we are designed to move gives our body a larger way to express strength, to prevent injury, to move with confidence and fluidity. The analogy we love to use is that of speaking a language. Most people in the gym only know a few ways to say things. They know a bunch of words (exercises) but don’t know how to necessarily put them together to say something meaningful (help our body perform and feel better). Functional training is suppose to be the guide in helping people understand the system in which we can accomplish these lofty goals.

That is a big reason that I created DVRT. I saw that functional training had been “hijacked” by those that didn’t want to change, evolve, or grow the industry. They posed it as a unnecessary “trend” rather than a scientifically based system of strength training. As someone who has personally benefitted and seen so many people that have as well, from functional training I can’t let that go.

DVRT Master, Greg Perlaki, shows another way by introducing power in a slightly unstable position, but then mastering foundational movements by dealing with the instability of the Ultimate Sandbag itself. These movements work the body in similar, but different ways. In both cases, you don’t leave a muscle behind!

One of my favorite stories that really started me down the path of systemizing functional training in a more formal way was that of one of my first clients Howard. Being one of my first clients, Howard really saw me change over the years and would comment how he liked to see me grow as a professional. That is because Howard was a VERY successful executive who was then retired. He actually liked to ask me questions and be part of his own journey.

I remember at 70 he had a hip replacement. His wife at the time was so scared about his quality of life after. She asked me, “who would put on his socks?” I told her he would! Only a few weeks after the surgery he was back at the golf course and putting on his own socks. Could he have gotten that way through isolated muscle work? Who knows, but DID he get better focusing on what functional training can be? Absolutely!

Find out how we are changing how people see the world of functional training through our DVRT educational courses. Join us for upcoming programs in Seattle, New York, and Boston HERE