Ever been at a party or around a group of friends and had someone tell a joke where everyone begins laughing hysterically? The only thing though is that you stand there completely silent and not laughing because you didn’t get the joke? That is how I’ve largely felt about the hip thrusts for the past several years.

Even the name hip thrusts makes me cringe, talk about unnecessarily renaming something that had been around forever. Yes, hip bridges have been around in fitness and therapy for at least the 25 years I’ve been in the industry and can find books from the 80’s with them in there as well. I’m not sure when they became hip thrusts, but this isn’t just a matter of semantics. To me, a hip bridge is what happens when we create the movement, hip thrusts refers to a desire action of the body which isn’t where the exercise actually starts.

I’m not just being a pain in the butt, although some may argue this point, most don’t understand hip thrusts and why thinking of them as hip bridges is probably better. Originally the idea of hip thrusts was a repatterining drill for those largely that have developed low back issues. It is very common with injury, but also from lack of good movement training, to develop incorrect patterning of muscles that makes us more prone to injury/pain as well as not producing optimal force. 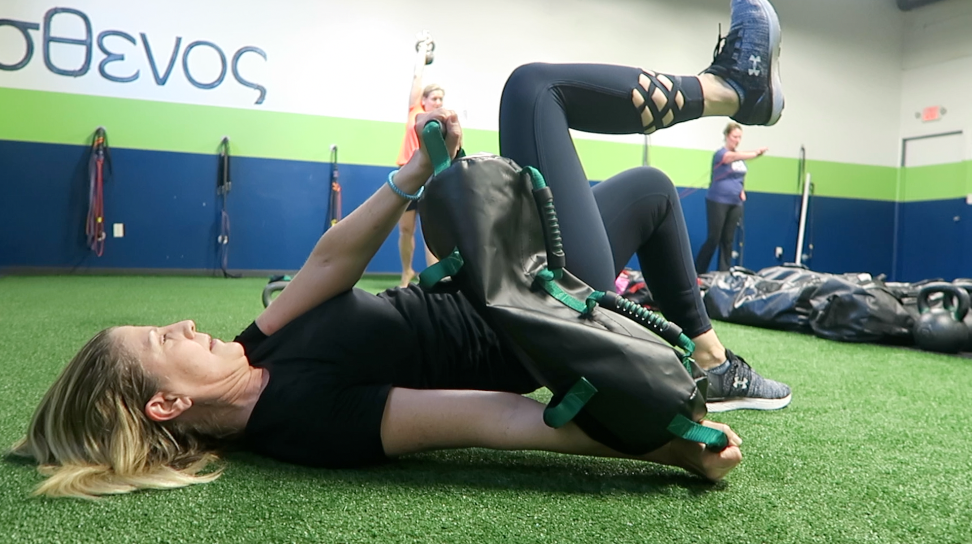 “Rather deficits in motion and motor patterns have been documented as being more critical and thus should be targets for therapeutic exercise. For example, people with troubled backs use their backs more. Generally, they walk, sit, stand and lift using mechanics that increase back loads. Many of them have stronger backs but are less endurable than matched asymptomatic controls (McGill et al, 2003). They tend to have more motion in their backs and less motion and load in their hips. A common aberrant motor pattern is known as “gluteal amnesia” (McGill, 2007) which may be both a common consequence of back troubles and probably a cause of them as well. Obviously for this category of client, exercises to enhance the integration of the gluteal muscles will help their backs, and also their knees. Optimal back exercise therapy results from the identification of these patients with perturbed patterns followed by specific corrective exercise – this precedes all other exercise therapy.”

So, you see that Dr. McGill was discussing motor patterning, not a strength issue with the glutes. That means when people use hip thrusts to “strengthen” the glutes, they are missing the point all together. In DVRT we use hip bridges because we want to take advantage of the more stable position that the ground provides us to teach proper patterning that will be used in more complex environments (like when we are standing). Below is some of the important foundations we use in changing our mentality of hip thrusts and thinking smarter about what we are trying to accomplish.

This clip is the starting point in our L.I.F.T. certification on hip bridges and hip hinging overall that you can find HERE

Understanding why we use an exercise helps shape how we progress and what we value in teaching more about the movement. When it comes to hip bridges (I still like it way more than hip thrusts;) we start to see that the glutes are designed to help us walk and navigate the complexity of walking and running. This means learning to produce and resist force in all 3 planes of motion. As DVRT Master, Cory Cripe describes that is how we teach more advanced hip bridges.

This increased patterning and foundational strength levels then lead us to increasing the demands by integrating more of the natural actions of our posterior chain, especially how the knee flexes and extends. I first learned these drills with a stability ball in the late 90’s and it is great to see that people still value them. However, physical therapist, Jessica Bento gives us a thoughtful way of approaching our progressions.

I’ve learned that just because something is popular doesn’t mean it is good. If you don’t know the goal of an exercise it is easier to sell you on a less effective way of performing it because we still usually are stuck in a bodybuilding approach to training, but the more we understand how our bodies work, I hope that leads us to creating better exercises as solutions.