Why Functional Training is a Fitness Solution 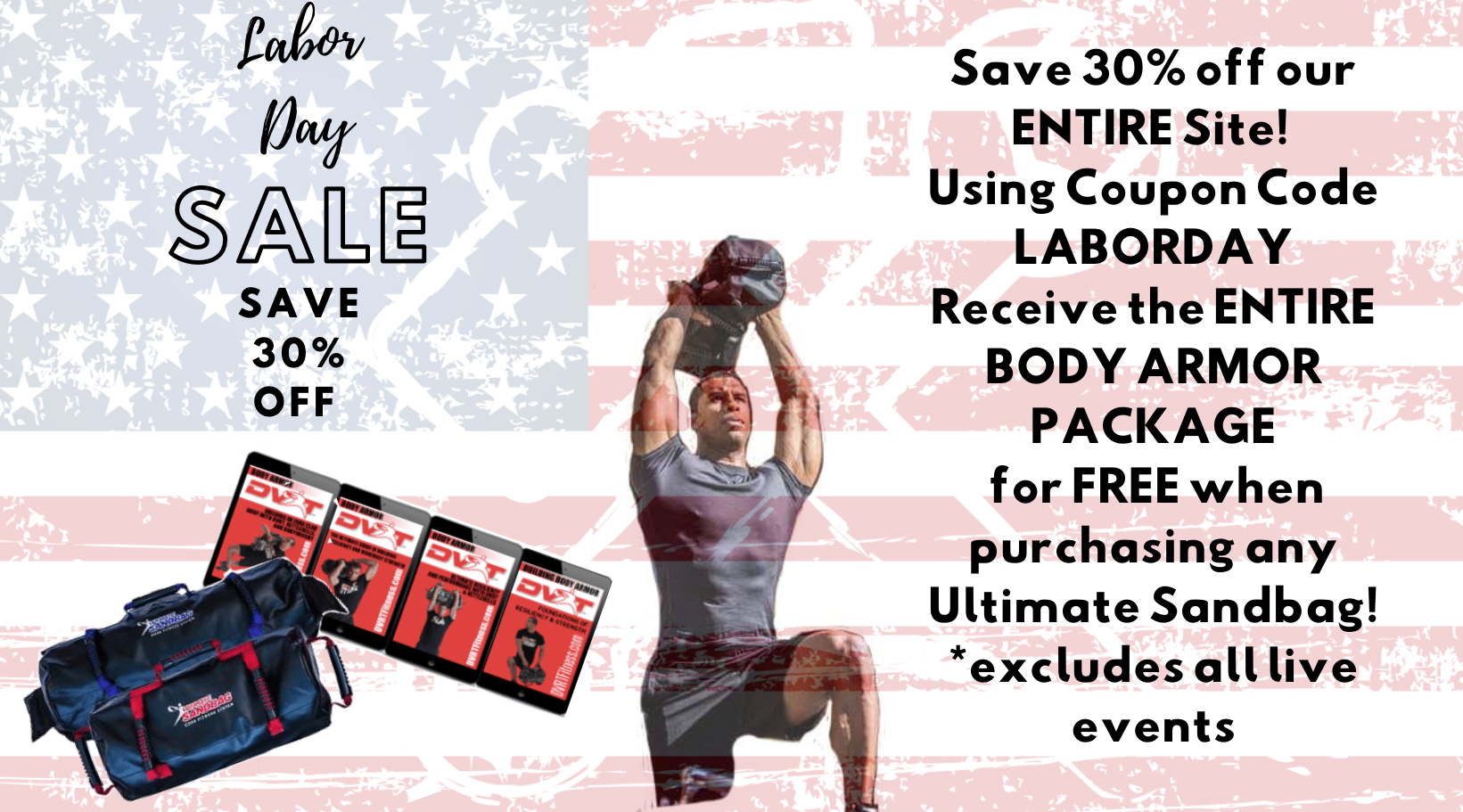 I am still riding a wave of emotional bliss after returning from Camp Lejuene where I had the opportunity to assist training the US Marines’ trainers for their HITT (High Intensity Tactical Training) program. It was quite an honor to be invited on this trip and help make an impact on how the brave men & women of the USMC will be coached to build stronger bodies that are more resilient to injury for the physical demands of being a Marine. 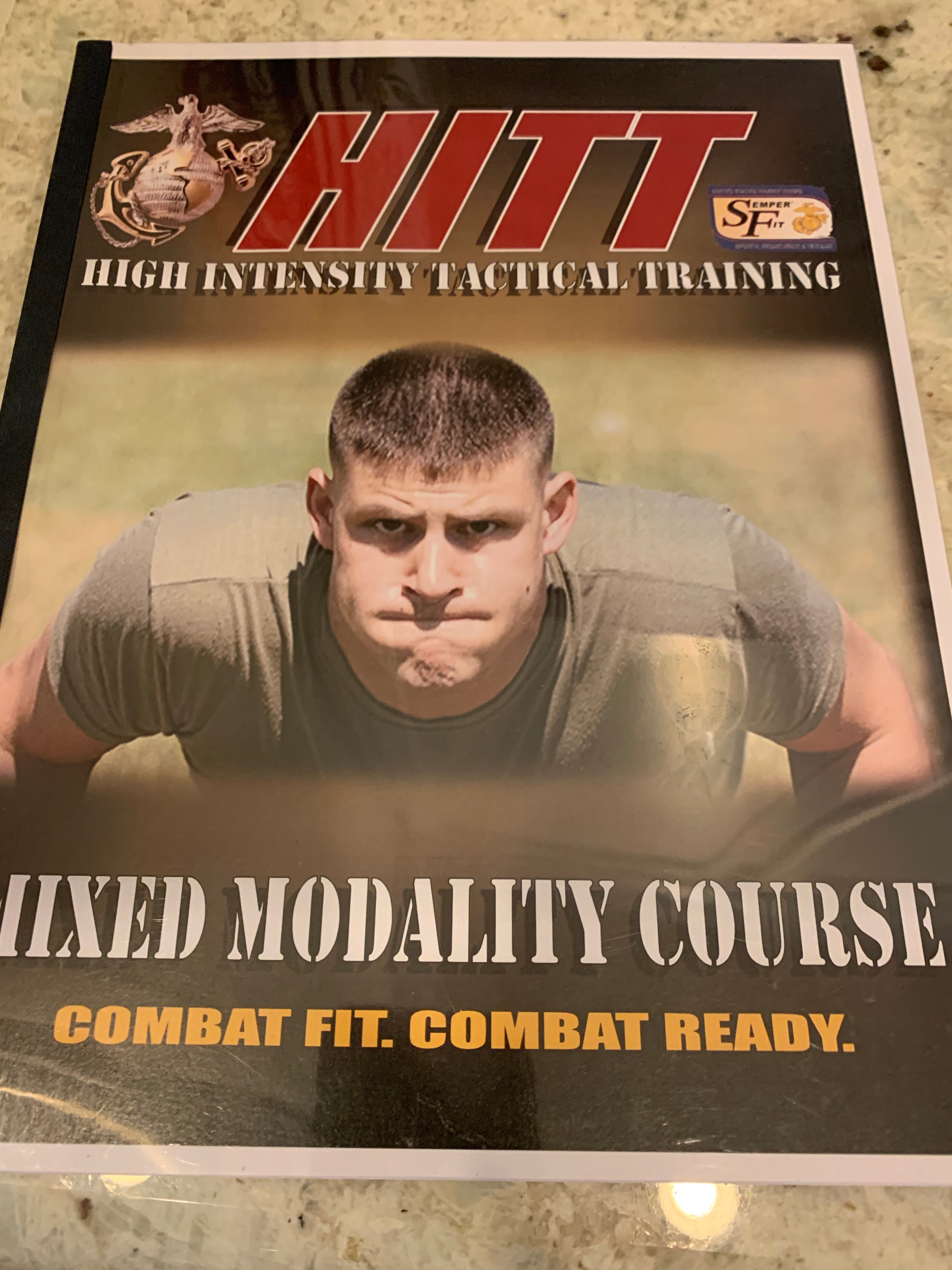 And, it happens all the time, but never gets old. Seeing so many light bulbs turn on when we start connecting the dots of fitness and training by using the DVRT system and principles. It can be pretty obvious to see these ‘A-Ha’ moments, but sometimes people have really good poker faces, too! What do I mean by that?

After the two days of instruction were finished, Josh and I were hanging out answering additional questions and even getting some hugs (I know right!), one of the attendees came up and confessed how she wasn’t looking forward to the day with sandbags. But honestly, can you blame her? 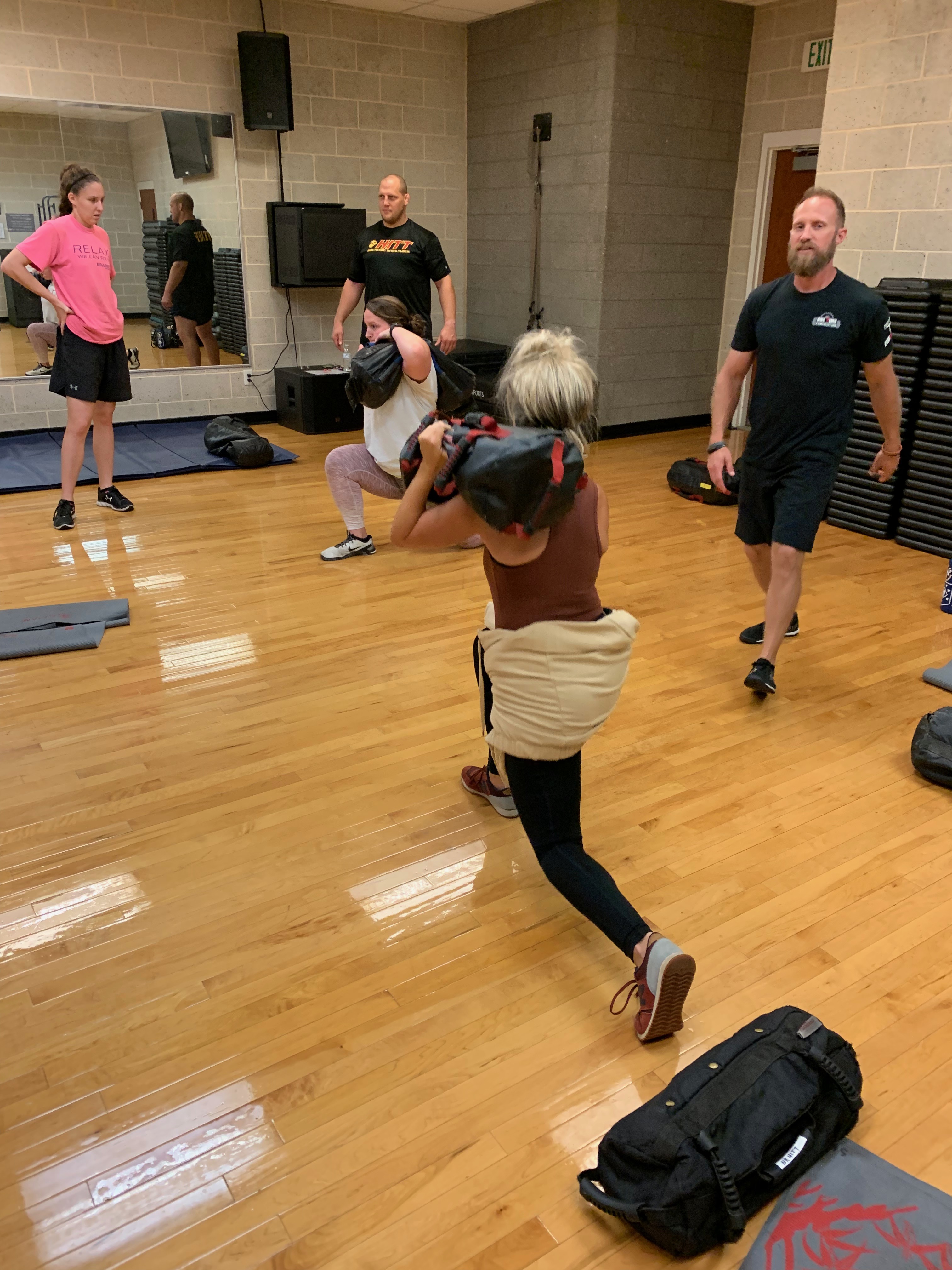 Realistically, if I had the choice to sign up for an eight-hour course of using sandbags I wouldn’t – would you? There really doesn’t seem to be too much to learn if it’s only sandbags, right … but if you’ve been following DVRT for any length of time you probably know we don’t teach sandbags.

After letting us know about her feelings on spending an entire day learning about sandbags, she then admitted how she got so much more out of the course than expected. And now she has a better idea of how it’s not just a sandbag she learned about, but an actual system centered around creating solutions. You could easily tell how this knowledge was making her more excited about beginning to continue learning about DVRT and incorporating it into her own personal sessions, as well as the Marines she was training!

The thing is these trainers have been using the Ultimate Sandbag in the HITT protocols, but never have been officially instructed on the how’s & why’s of using the USB. I know that might seem pretty funny to say out loud, right? I mean, c’mon, it’s just a sandbag? How difficult can it be to use? 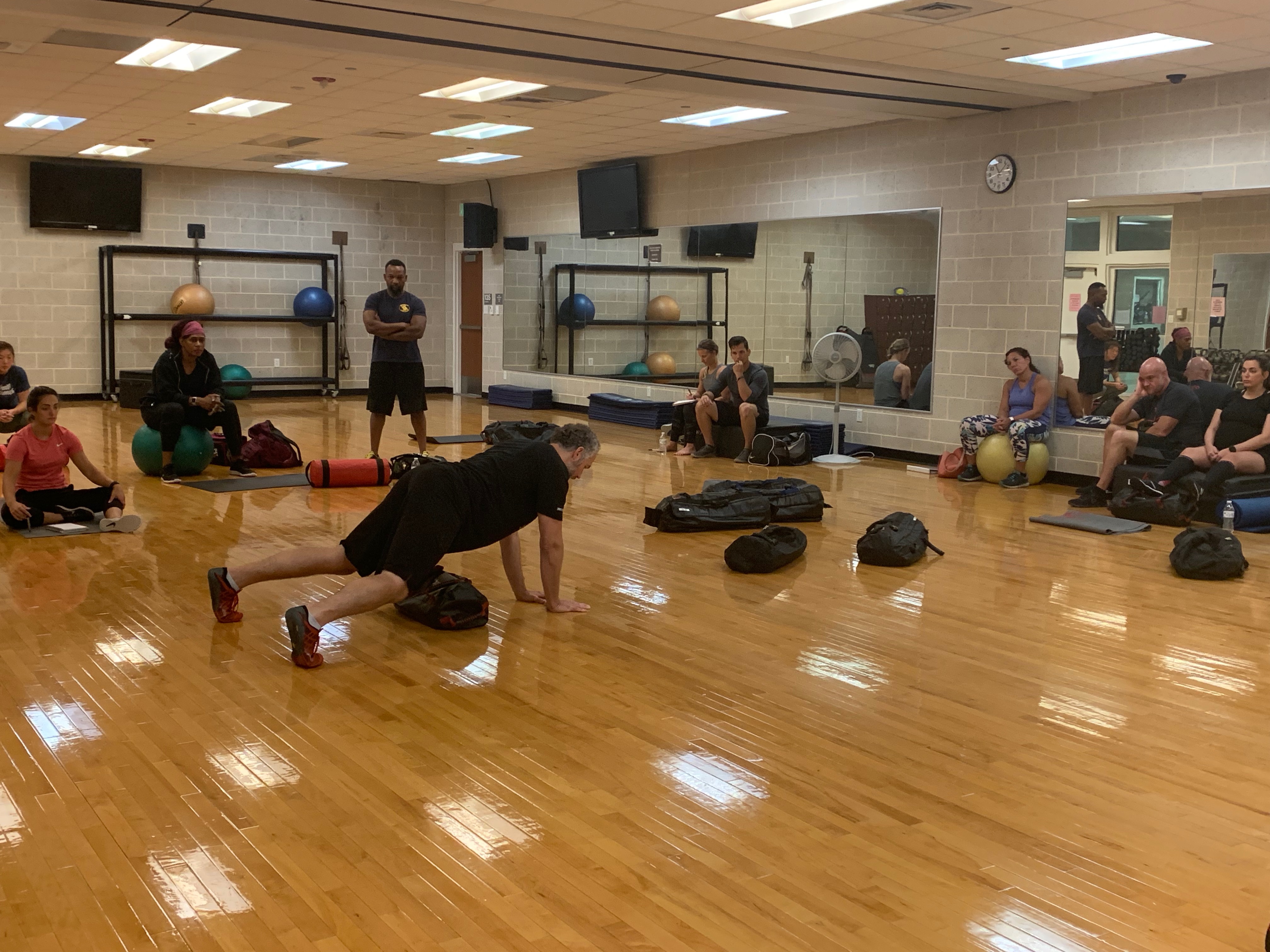 Knowing that their understanding of DVRT, the USB, and even kettlebells might be somewhat limited – we knew that going in with guns blazing to prove right and wrong was not going to be the answer. Our goal was to educate them about using the right tool for the right job and having that make sense to them for the safety of those they were responsible for!

It might not seem to be too mind blowing, but how we look at progressive overload (increasing and decreasing an exercise’s intensity) in the DVRT universe does get people’s attention and heads turning – this group was no exception!

Making things more intense can be pretty easy to overlook in the fitness world because there appears to be only a few answers on how to increase the intensity of an exercise:

Although these answers aren’t necessarily wrong, there are better and more efficient ways to increase the intensity of any exercise without changing the weight.

When we started instructing about body position, holding position, and planes of motion in addition to the whole adding more weight light bulbs started turning on. BUT, when they got to actually go hands-on and experience these changes of intensity the “Wow Faces” were being worn! A great example of this was when we talked about hip hinging on Day 2. I’ll admit looking at the faces of everyone after learning the nuances of deadlifting with the USB, no one really seemed all that impressed, and I don’t blame them! After going through hip hinges with the kettlebells on the first day it would seem a little redundant to go over hip hinging with the Ultimate Sandbag right away on the second day. However, the drastic change in implement requires some different rules to follow in order to keep our sandbaggers safe! 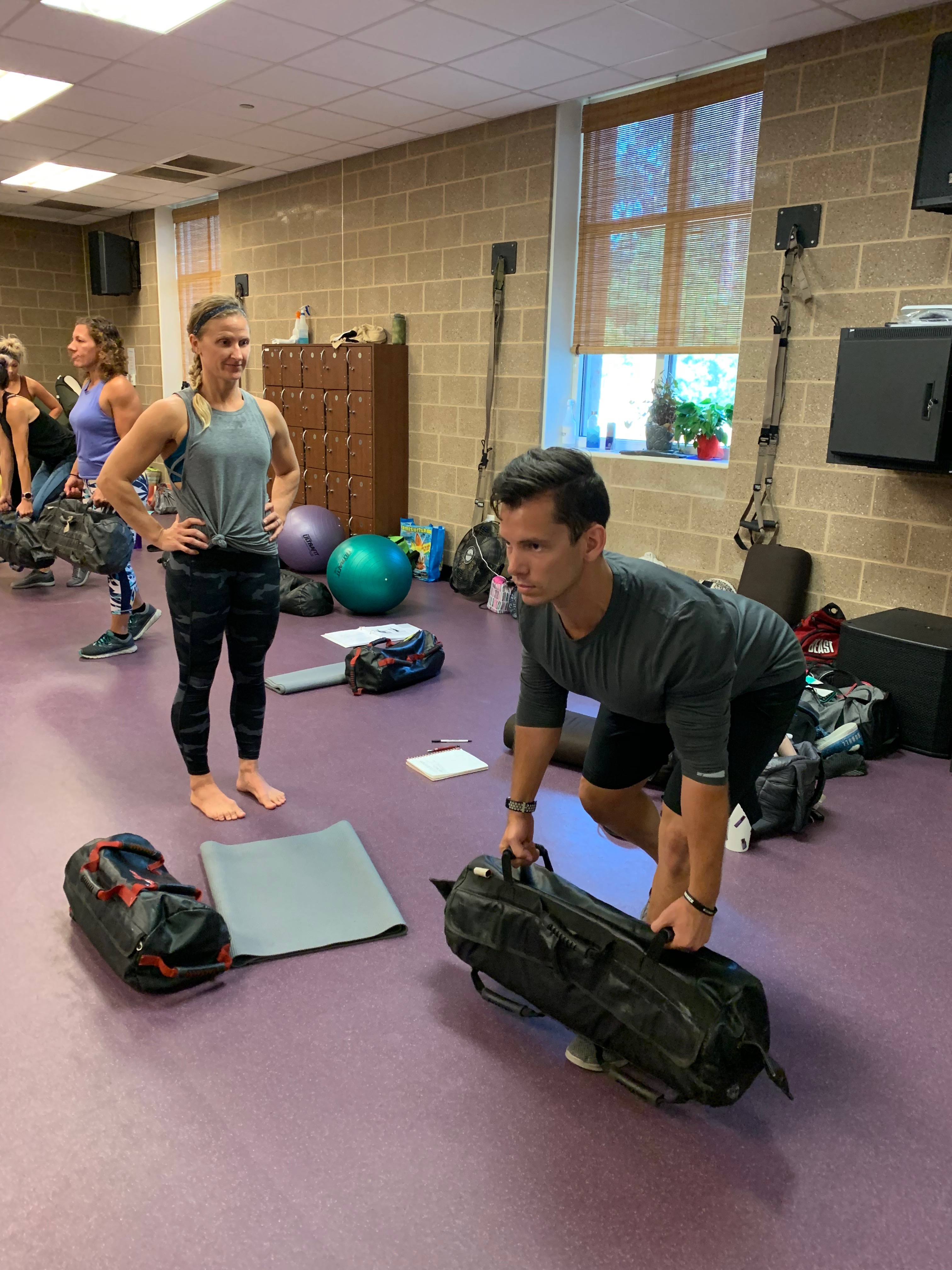 However, things began to change when we took it to the next progression. Introducing the good morning exercise with the USB in the front loaded position allowed them to appreciate how they could make the same USB from the deadlift and make it feel 10 to 15 pounds heavier just by changing the holding position! Now the sweat was starting to become visible and not from the fact we were smoking them. They were starting to understand how intent drives intensity and that their nervous system was now more of a factor.

After returning the Ultimate Sandbag from the front load to the deadlift, but altering the body position I could see more wheels turning; starting to think more about movement over muscles in an authentic, functional training environment! Talking with these fitness professionals about their experience of moving the deadlifts from a bilateral stance (feet shoulder width apart) to a sprinter stance and the various drop steps used convinced me they understood the benefits of how making these changes to the hip hinge without actually changing the weight would make it more efficient for them as coaches and safer for the Marines while at the same time increasing the intensity of their training session! What a win-win with this low risk and high reward approach!

Another concept that got their attention is a little more sophisticated than the progressive overload principle, the idea of proximal stability for distal mobility – whatever that means!

People often think core training is about the abs. In reality, core exercises should be about connecting the chains of the body that help us move in life. Here is an example of this popular core exercise being transformed by teaching connection of lats/core/ and glutes.

We accomplish this by a variety of very intentional DVRT core training drills.

Josh began by asking for a volunteer, promising not to hurt them, and once he found his next victim – I mean volunteer, he had her lie on her back. He went through a leg raise with her for the traditional hamstring stretch. Instead of continuing to stretch her hamstring to get a better result, he had her go through the around the world drill on both knees to demonstrate the practical application of proximal stability for distal mobility. After only completing three reps per side, she returned on her back and did the same leg raise with a significant improvement to this exercise!

You could just see in their eyes how everyone wanted to ask the same question, ‘Well, what happened?!?!’ This opened the door for Josh to educate them about when the core isn’t stable, it will reduce mobility (especially in the hips and shoulders) as a protective mechanism because let’s face it, the body wants to protect the two most important parts: the head and the spine.

This weekend was the final of the great @Perform_better summits. I am so grateful to be a part of such great events that truly tries to make a difference in our industry. Connecting with so many awesome coaches is what makes these events so special. Inevitably each conference I get asked, “Josh, how do I do what you do?” I have to answer with asking them, “what is it that you think I do?” They often tell me about wanting to travel and experience cool things. Sure, I get to travel, but it isn’t often as sexy as people think and how I even view what I do has changed over the years. . I’ll admit that when I first began teaching it was probably more about me. The idea of being “known” or the so forth was a main motivation. Then as I matured as a coach, a presenter, and a person, I started to learn that such goals were not bringing out my best or allowing me to make the impact upon others that I ultimately wanted to achieve. It wasn’t till I started being a bit more introspective and thought about the best teacher I ever knew, my mom, that I started to think differently about my message, my goal, and what I wanted to achieve. . My mom was a kindergarten/elementary school teacher who loved working with children more than anything. The love of teaching and animals I like to believe I inherited from her. She was all set to teach my kindergarten class when she became sick with cancer. 3 years later she passed and I remember how the school honored her because of her passion of helping others and her love of inspiring young people. The irony was that she would have never expected to be honored, that isn’t why she taught. . When I started to think about what teaching really means my mindset shifted. It wasn’t about me, it wasn’t about being known, or traveling the world. My goal became about making a REAL difference with people, wanting to make the impact on the people we try to help greater, that I found true enjoyment and inspiration in what I do. I hope sharing stories like this help give others some perspective and maybe find the real motivation and joy in teaching. I hope all of us whether teaching on a stage, or in the gym with people every day remember the why!

Think about it, if you were at a baseball game and the batter went to swing and lost their grip and the bat went flying into the seats – what do people instinctually do? They assume the fetal position and place their arms over their head to make sure the brain stays safe – it’s an automatic, reflexive response to protect the spine (core) and head. 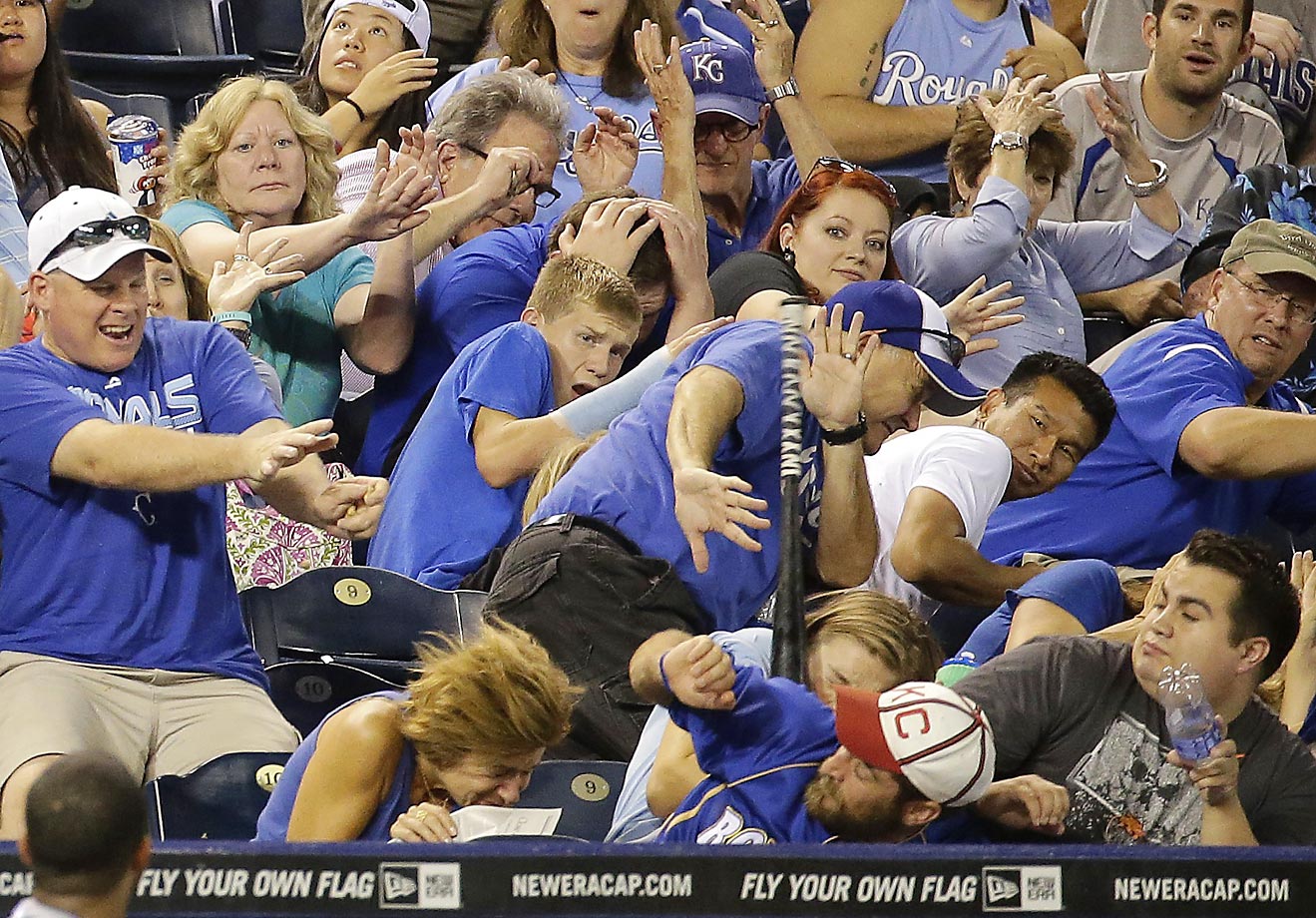 However, when the core demonstrates adequate stability this gives the brain permission to allow for improved mobility resulting in better movement. And the DVRT around the world drill taps into the nervous system and the deep core muscles that no hamstring stretch could ever dream of! #truestory

These two concepts were game changers that have empowered these fitness professionals to find better solutions and not only more exercises to build stronger, more resilient bodies that can function more effectively and pain-free! Let’s face it, when all we have is a hammer, everything looks like a nail. However, if we can be more knowledgeable about the tools we use then we can know what the best tool for the job is and create the best and most safe training experience possible!

Thank you for the wonderful coaches that inspired us to be our best as well!

Don’t miss 30% off our Online DVRT educational courses and DVRT training programs with code “laborday” HERE as this ends Monday! Also don’t miss our upcoming Resiliency and Power Summit that will go really into depth of these concepts with 4 outstanding presenters and save $50 with code “dvrt50” HERE 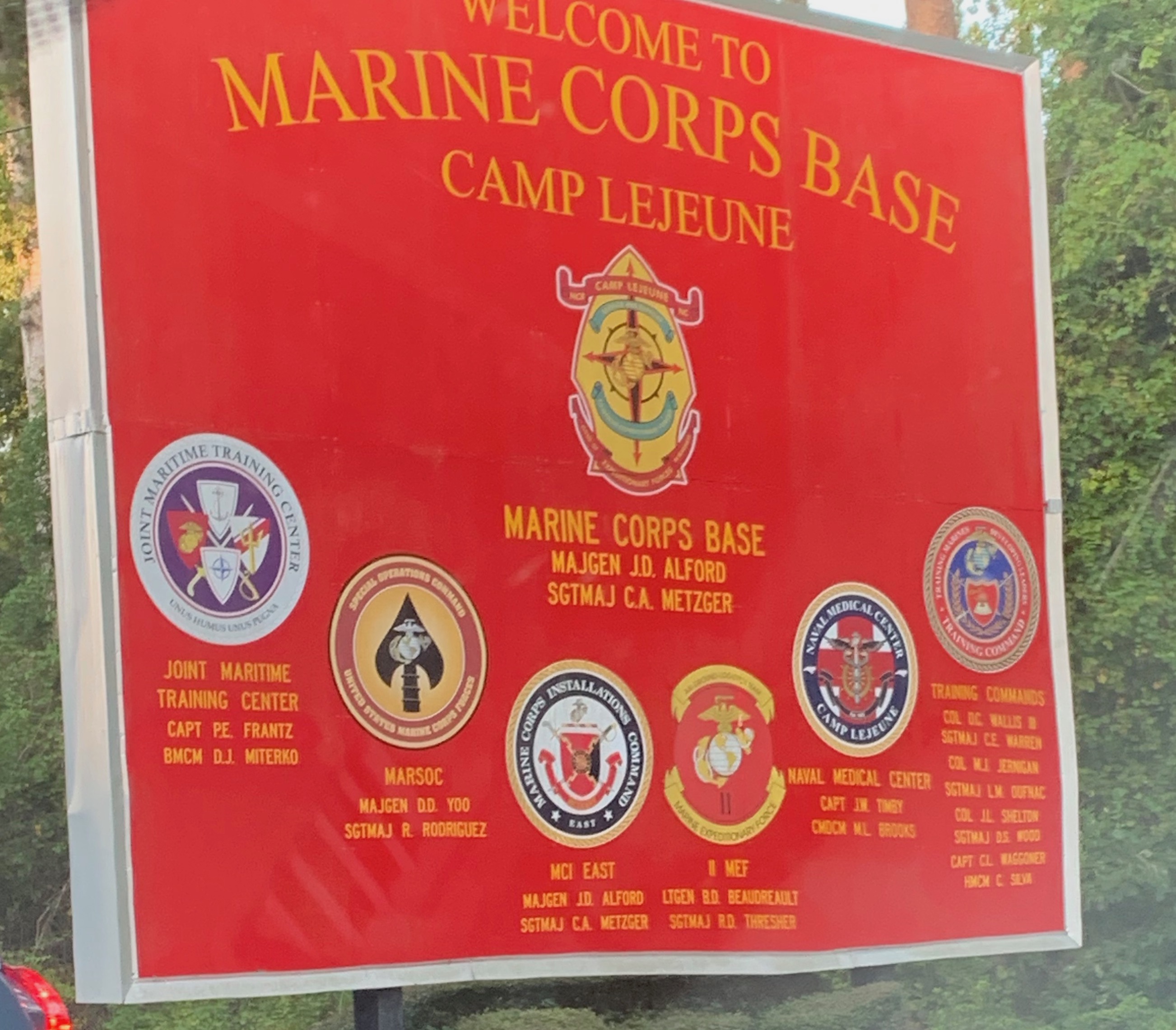