Why Leg Extensions Don’t Belong In Your Workout 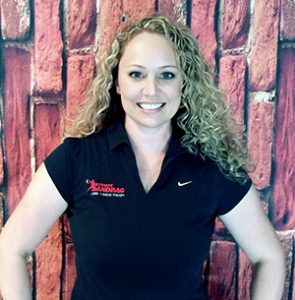 People really get triggered whenever you suggest an exercise, an idea, or method is “bad”. As we have discussed many times, “bad”  doesn’t have to mean you get instantly hurt. There could be everything from long-term issues building, it could be highly inefficient, there could be more risks to reward. So, I don’t feel that it is necessarily wrong labeling something “bad” as long as we can explain where along this spectrum the issues lie. A great example is how some are trying to brand the leg extension as a functional exercise.

How are people doing this? Well, there are some big stretches people are making so let’s cover a few of them and explain what the science actually tells us…

Rationalization: I can get more VMO activity on the leg extension than squatting and that means leg extensions can be GOOD for knees.

Science: This study HERE, actually measured the vastus lateralis and vastus medialis during a leg extension and a parallel squat (an important distinction here that it wasn’t necessarily looking at deeper squats). What did they find?

Rationalization: The leg extension actually has LESS knee compressive forces than the squat, so it isn’t bad for the knees.

Science: This is only a little bit true. There is research that shows that the knee compressive forces during a squat can be 6139 ± 1708 N and during the leg extension be 4598 ± 2546 N at similar joint angles of the knee. However, here comes the GIANT but! 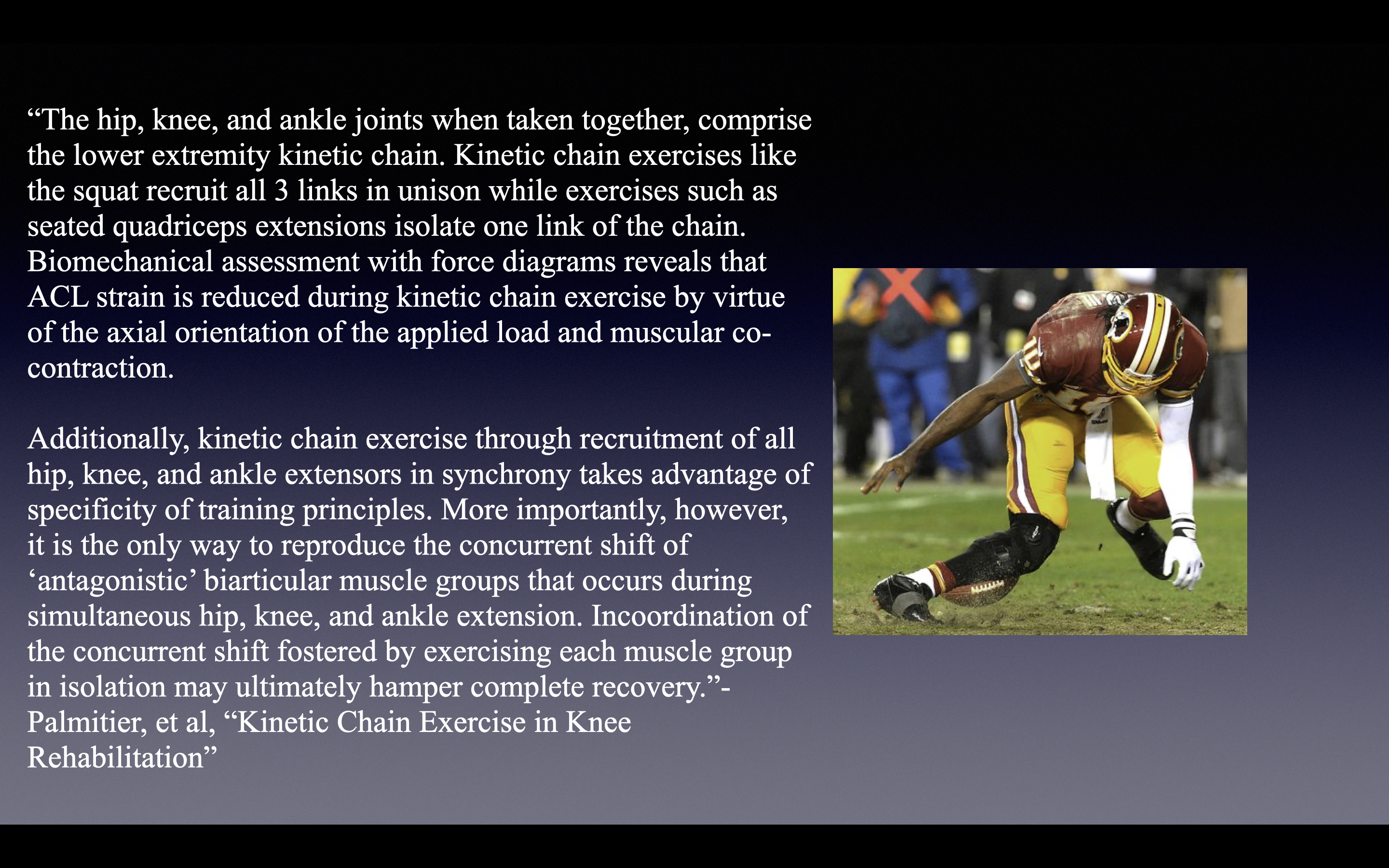 What people often leave out of such arguments is what research says and what is actually well known in examining both exercises. That is… muscles that are connected in the chain that involve the squat help dissipate these forces very effectively and efficiently. However, we don’t get to use all of the muscles and joints when we perform leg extensions. So, that is a reason that those forces acting upon the knee can be more problematic.

Rationalization: Leg extensions are good for rehab because we strengthen the muscles around the knee.

Science: How you introduce squatting and other lower body exercises should be very progressive. Yet, based upon the point we just made, the literature is pointing to using drills like modified squats and others being more beneficial than leg extensions for rehabbing injuries even like ACL’s.

This study HERE, states, “For anterior cruciate injuries, squats should be safer than isokinetic or isometric extension for quadriceps strengthening”

Another study HERE, explains, “Overall, the squat generated approximately twice as much hamstring activity as the leg press and knee extensions…Tension in the anterior cruciate ligament was present only in open kinetic chain exercises, and occurred near full extension.”

My point in sharing this literature (there is way more if you want to look on google scholar or pubmed on your own) is that because you want something to be true doesn’t mean it is when you look deeper. Additionally, if we don’t give the WHOLE story, analyzing what a study means can be skewed to share one’s beliefs.

So, what can we be doing instead? Most people aren’t looking to be a professional bodybuilder and most athletes have impressive physiques without doing things like leg extensions. The following DVRT drills I share below are rather advanced lower body exercises, but they are amazing for both developing the lower body and increasing resilience and performance.

Below are ways you can make exercises that provide strength, stability, mobility, and injury resilience at once. Understanding the why’s of ideas that are shared plus doing a bit of digging on your own on the actual research helps you filter all the information that exists on the internet. My hope is this post provides some important information about are leg extensions an exercises that makes you better or is rather a waste of time. Almost every patient I’ve worked with has a limited amount of time and energy so we have to put our efforts into the MOST productive movements and concepts.

Don’t miss saving 30% on EVERYTHING at DVRT right now and when you save big on our Ultimate Sandbags, when you invest in any size you will also get our DVRT Complexes and WODs workout programs for FREE. Just use code “scary” HERE