When functional training started to get big, there was a saying that became popular as well…”everybody is an athlete.” That went along with “train like an athlete.” These were both really well meaning sayings, but if you take them literally that often starts to lead people down a bad path. Why would I say such a thing, don’t athletes need the same qualities we do in life? Well, yes and no.

In very general terms, athletes do need stability, mobility, power, endurance, strength, etc. However, the levels they require and the training methods they should be using don’t necessarily always apply to us who aren’t high level athletes. For example, plyometrics are used by athletes, but they are used (when done smartly) for very intermittent periods with incredibly specific purpose. Just jumping on and off boxes and other things without knowing the foundation of fitness that is needed, how to correctly program such training, and how to teach proper technique often leads people to have overuse injuries and sometimes worse! 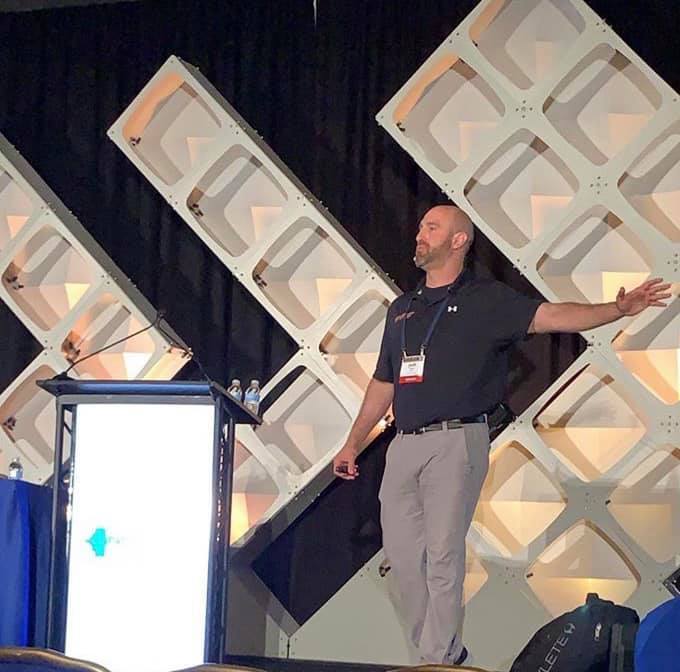 Presenting last year at the nationals for the National Strength & Conditioning Association gave me an opportunity to work with many high school, college, and professional strength coaches.

So, why did I entitle this post as why you SHOULD train like top athletes? I think sometimes people misunderstand a few keys when we talk about training of athletes.

NFL Hall of Famer, Ray Lewis was rehabbing before his last Super Bowl appearance with our Ultimate Sandbag back in 2012

-Athletes are great lifters! NOTHING could be further from the truth! While I haven’t based my career on training athletes, I’ve worked with some great ones from the NBA, NHL, and even NFL. I can tell you that probably the football players were the best at a lot of the gym work, followed by hockey, and then basketball. It has really nothing to do with the sport, it has to do with sports like football really value the weight room so many of these athletes have been training in the gym for awhile. That doesn’t mean they don’t develop bad habits, or been taught incorrect techniques (this is often the case).

What most people misunderstand is that the great majority of athletes don’t like to train for their sport, they like playing their sport. Many of these individuals are blessed with greater ability to develop power, speed, strength, etc. So, they can pick up on exercises and methods faster than most, but I have also met quite a few that were completely lost in the gym. In the end, they are just people too.

Few strength coaches have had the career or worked with as many Olympic and professional athletes as Coach Robert Dos Remedios. You can see how he has his women’s volleyball team and men’s basketball training very dynamically and you see one of his favorite DVRT exercises! Coach Dos will be the first to tell you athletes have a lot of technique they need to practice in the weight room too!

-Athletes always train really heavy and explosively. Again, most people don’t really understand sports training. By the nature of sport, most sports cause overuse or imbalances in the body. That means a good chunk of time, especially in the early off-season is devoted to trying to make these athletes bodies healthy, more balanced, and prepare them for more intense training. Even a first year football player, for example, might have at least 8 years of experience in the gym. So, their foundation might be much stronger than those that are much older but haven’t trained.

Just like my example of plyometrics, training heavy and explosively has to be well thought of and very well planned. Just training “heavy” doesn’t mean people get better. I had a friend who was a national level weightlifter (one of the few athletes who sport IS training with weights) and he told me less than 10% of their time was training with weight over 85% of their maximum effort. I see people on social media doing that WAY more than aren’t nearly as well trained.

What Is My Point?

In the end, I wanted to show that in many aspects athletes do need a lot the same qualities as we do. They do require stability, mobility, different types of strength, power, and endurance. That means training does have to be more well rounded. So, while you don’t need to train like an NFL player, you can train to be athletic! Here are a few examples…

Almost 10 years ago, Strength Coaches, like Vince McConnell were preparing athletes for the upcoming college and NFL season with our DVRT water bag training!

If you thought drills like Bear Hug Squats were not for “serious” lifters you see these guys were putting in work with learning how to optimize the Bear Hug Squat!

Coach McConnell himself shows some of the great control and strength he wants his own athletes to have and really you should too!

Many times hearing “train like an athlete” makes some people think their training has to be super complex, super heavy, super advanced. In reality, when you see how athletes are trained they have to focus on many of the same concepts we all do! Learning how to control their bodies, how to move well first, how to develop technique, how to build a great foundation. An inside peek into some of the higher level of training of great athletes shows you that this all takes time and they aren’t perfect themselves.

It is about focusing on progression, knowing how to coach, and what the purpose is of everything you are doing. We all should strive to be mobile, agile, coordinated, strong, stabile, powerful, have some endurance…the qualities that make us athletic, but NOT have to be a top level athlete. That is why the system of DVRT is first and foremost because it gives great direction to your training and helps anyone understand where to begin and where they are going with their training.

Additionally, so many people are SHOCKED when they become aware of the purpose and techniques we use in DVRT how much stronger and better they get whether their goal is playing on Sunday in a packed stadium, or playing on Sunday with their little ones in the backyard!

Check out our FREE workouts HERE that help you get going in the right direction. If you want to get into the system of DVRT check out our online courses for 30% off and our DVRT workshop for 50% off HERE with code “save30” and you can save ALL throughout DVRT!

Strength Coach, Joel Gunterman even has his softball athletes coaching the points of the DVRT lateral drag like top coaches!

This is how @lamc_softball strengthens their #core. #LAMCSoftbal Linda teaches us how to do the @ultimatesandbag lateral drag from a plank position. *and FYI… that’s 40LB bag* 💪 – Start with the USB logo at one quad and move it to the other ✔️ – grabbing the outside handle, palm up, knuckles out✔️ – grip the ground to engage core , stabilize the shoulder and activate lats ✔️ – keep your arm straight, no bend the elbow, while dragging the bag to the other leg ✔️ Great job Linda! @bmlindaaa 🥎 #todayigetstronger #todayigetbetter #strongertoday #bettertoday #today #stronger #better #betterneverstops #bebetter #ultimatesandbag #performbetter @perform_better #dvrt #lift #strength #strengthandconditioning #strengthtraining #core #coreworkout #coreexercises #softball #sport #fitness #corestrength #corestrengthening #workout #exercise #awesome