Zercher Squats Stink, Try THESE Instead!

One of the reasons I started going down the route of sandbags in general was the fact they allowed certain exercises and movements to be taught in easier ways. A great example is an exercise called a Zercher. Well, it really isn’t an exercise as much as a loading position because the Zercher could be used for squats, lunges, good mornings, pretty much any lower body movement.

The odd name comes from a 1930’s strongman named Ed Zercher. Before squat racks were really common place (gyms still weren’t a big thing), getting a heavy weight into a position to do an exercise like a squat was tough. There were many “interesting” methods (many that would throw out the backs of normal humans today) and one that came about was by Mr. Zercher in deadlifting a weight up from the ground, putting into his lap, getting his arms underneath and then squatting with the weight in the crooks of the arms. 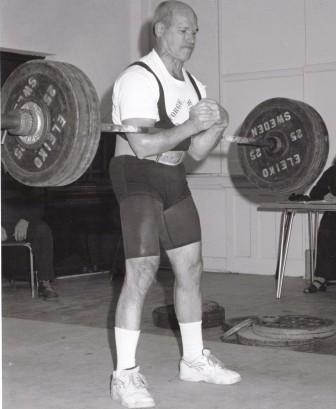 Fun story, but why would anyone in the modern era want to do such a lift, there are squat racks all over nowadays. What Mr. Zercher probably didn’t know was that he had created an exercise that not only would highly train the lower body, but also really bring in a lot of core and upper back work at the same time. This makes lower body exercises that we normally think about as mostly JUST lower body training truly whole body exercises.

Plus, brining in the core to our lower body exercises actually enhances the effectiveness. That is due to a concept known as “proximal stability”, giving us better strength and mobility at the same time. Good deal right? There HAS to be a catch!

If you have ever done a barbell Zercher lift, you know the catch. That is it REALLY is uncomfortable in the forearms!! It can be so bad that people HATE doing what can be a great exercise. This isn’t just my opinion though, recently coach, Joel Sanders, at one of the premier training facilities for athletes made the comment…

“I may get blasted for this one but hear me out. I know they look cool and are hardcore (and you can’t use a pad so that it rubs your elbow creases raw) BUT we aren’t our athletes.

Just because you enjoy movements that induce pain, are uncomfortable, or hard to learn, doesn’t mean your athlete does.”

As you can see from the video, I have A LOT of experience with the discomfort Coach Sanders spoke about and it isn’t fun. No matter how you try to resolve it (towels around the barbell, pads, etc.) Zerchers still often hurt! Enter the Ultimate Sandbag!

This is where not having more tools, but understanding what tools can do better than another is how you actually have a better, not just bigger toolbox. Using the Ultimate Sandbag for the Zercher removes the biggest obstacles, but also brings in benefits most people don’t realize. 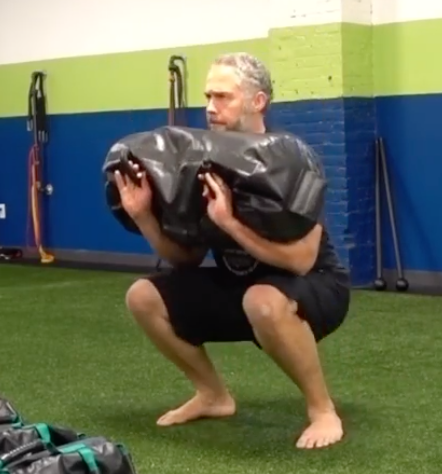 At first I didn’t either until I started working with sandbags and then trying to standardize the size of different weighted Ultimate Sandbags. One of the more unique aspects of Ultimate Sandbags are their dimension and what this does with any Zercher position is that it actually INCREASES the demands of the core and upper back (as well as the legs to produce force as the body is trying to stabilize).

Barbells don’t have dimension so, this isn’t a factor many people think about. The dimension also provides us another important opportunity. That is we can create tension against the Ultimate Sandbag which provides better core integration and stability because MOST people make a HUGE mistake! 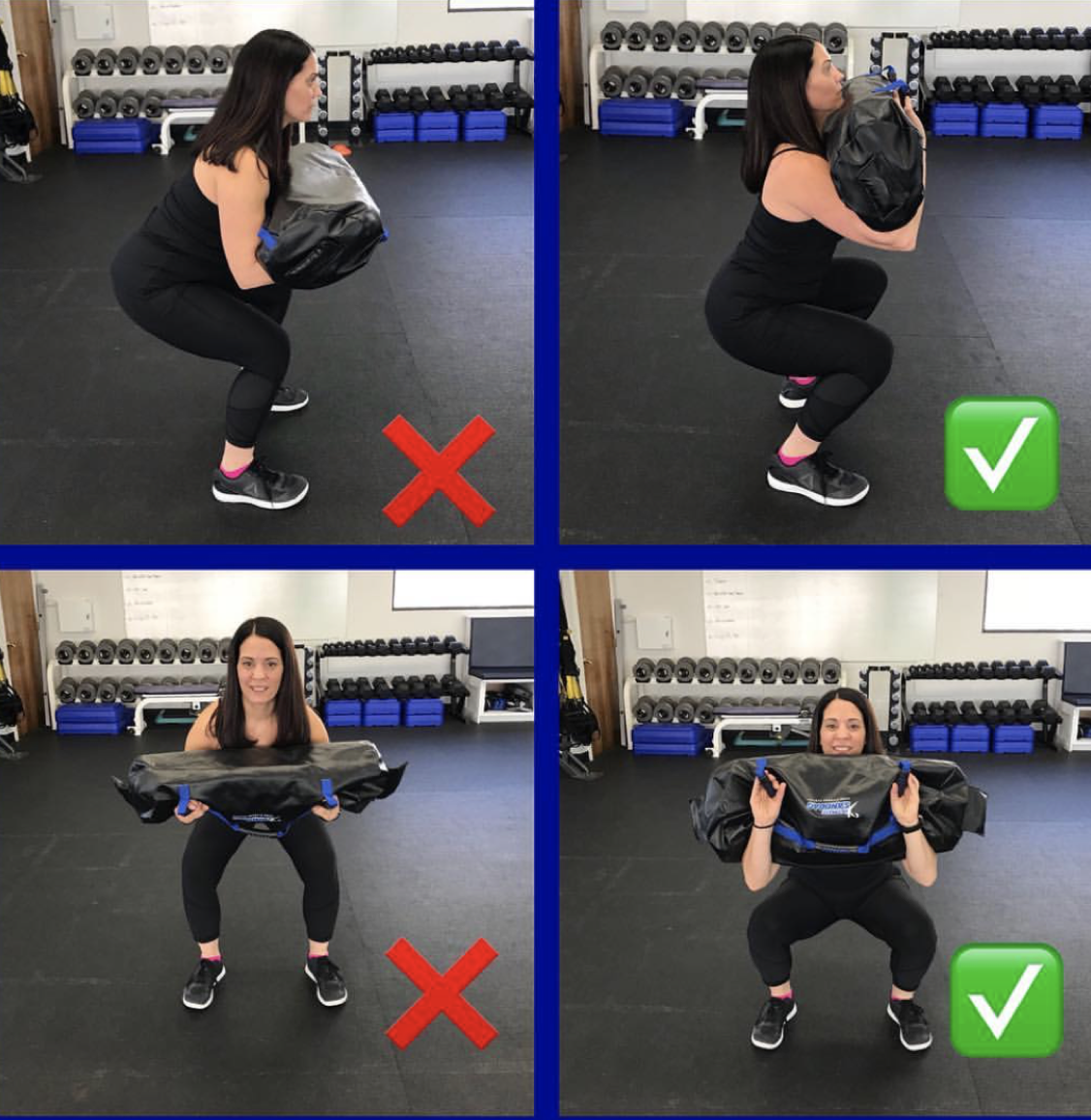 The crew at Quest Fitness show probably the MOST common mistake we see people make using the Front Loaded Position.

That is they don’t watch how they position and use the arms, dropping their arms only really causing more stress in the low back and not giving us the stability or strength that we want to create.

How much better is it to use Ultimate Sandbags for such movements like Zerchers? Renowned strength coach, Mike Boyle shares his thoughts below but here is one last thing. I don’t call what we do with the Ultimate Sandbag a Zercher because it is more of a standing plank! In a plank you are deliberate about your arm position, the tension you create, things you do NOT see in a Zercher. That is why we call it more affectionately the front loaded position.

Check out Coach James Newman’s great video on avoiding these common mistakes and how to get the most out of our DVRT Front Loaded positions!