It probably is the BIGGEST concern of people when they hear the idea of “functional training”. The fact that while what they are doing is good for their body, it won’t build muscle or make them look better. Heck, some “experts” even argue that functional training won’t get you stronger than what you normally would do in the gym! Isn’t that a really interesting idea, that if we train the body in the way it is designed to work we won’t get the results?! Nah, that doesn’t make a lot of sense to me either.

Listen, I do get it though….when you start throwing the plates on more and more how are you NOT getting real world strong?! Sometimes it can be hard to explain, after doing DVRT Ultimate Sandbag Training programs for over 10 years you see it time and time again. That the individual with the biggest squat, deadlift, or even clean doesn’t necessarily translate when you ask them to be strong in other ways.

That is partly because people confuse muscles with the nervous system. The idea of course is if I make my muscles strong then I should be strong in all sorts of ways I move. Such an idea would make sense if we were this simple construction of muscles with no nervous system controlling and coordinating our movement, but we are!

I almost got caught up in a complex discussion about neurology and movement, but thought, a more real world approach would be so much better! This is especially true because I loved watching the college football championship this past week. Gosh, those are some pretty amazing athletes! Most people think that only the thinner, and ripped football players are the really great athletes. What most don’t know is, when you get to that level, they are ALL impressive! This Clemson 310 pound lineman was filmed doing a high kick and then the splits after celebrating their big victory. How many 300 pound plus guys do you know that can do that?! 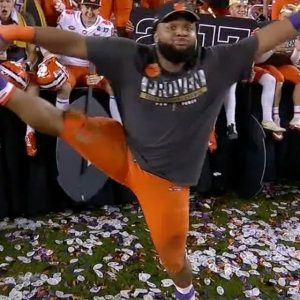 More and more in top college programs, coaches are looking for kids that are multi-sport athletes in high school. Ohio State’s football coach, Urban Meyer (who finished number 3 in the nation this year and has turned into perennial powerhouse), is leading a charge of coaches that recruit MOSTLY kids that play multiple sports. 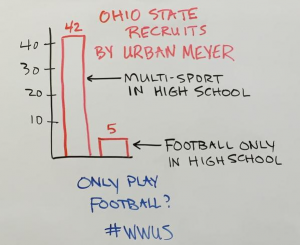 So, what in the world does this have to do with functional training and YOUR workouts? Well, if we used the logic of some about strength, these coaches would be far better served by kids that ONLY played their sport. Why would you “distract” kids from developing their skills to the highest level if specializing in this manner was the best way to perform and be strong?! If you don’t believe me then the words of a real science expert might! Dr. Michael Yessis is an expert in biomechanics and was one of the first US coaches to spend time with the Soviets when they were dominating the Olympics. As he writes….

“In Olympic style weightlifting more explosive force is exhibited which indicates that it involves explosive strength to accomplish the two lifts. To substantiate its value the proponents typically bring out that the actions involved in the two lifts (snatch and clean and jerk) are very similar to those involved in jumping. Thus they may be of value in improving jumping, but they have no similarity to throwing, hitting and other activities. How can they then improve these abilities? There cannot be a direct transfer because the neuromuscular pathways are very different.”

So, teaching our body to move and be strong in more well rounded ways is SO important for real world strength and functional training. Also analyzing the REAL needs of the individual helps us create better exercises for ourselves and clients! Strength Coach, Joel Gunterman, demonstrates this idea as he uses some our DVRT Ultimate Sandbag Training Restoration concepts for working with his baseball player. He COULD just say, squat, deadlift, and clean, but understanding the movement of a baseball player helps Coach Gunterman create a better strength training program.

Our goal of DVRT Ultimate Sandbag Training is to educate and give examples of how strength and fitness needs to be well rounded to really have the benefit to our every day lives that we all want. You don’t have to be a world renown scientist to understand these principles and concepts. Watch people move, what yourself move, see what we REALLY do in life and sport. Sure, it would be sooooo much easier if a few exercises magically transferred to everything we did, but our body is smarter than a machine, it does more than any machine could possibly imagine. Our bodies are these complex, sophisticated, beautiful, and at the same time fragile organisms. We aren’t a bunch of random parts, but a wonderfully connected unit and our training should reflect the same!

That is what we are teaching in our NEW DVRT Restoration Course that you can get HERE for $100 off for only a few days more! 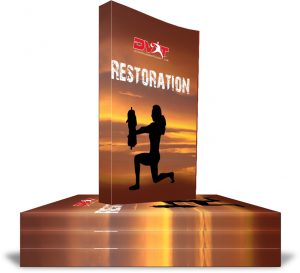