The Problem with Flows & Complexes

People often mistake when I say something could be better as I don’t like it. We tend to get so excited about something new or different in fitness, we often lose perspective upon the real value of what we are doing. After all, if something isn’t effective in helping us come closer to achieving our fitness goals those things will fade too. One of those examples is that of flows and complexes.

Before we go too far let’s clearly define and give the distinction between a complex and a flow.

Flow: A series of exercises that go from one movement right into another. Below is an example of a DVRT Flow.

Complex: A series of exercises that has repetitions of one exercise completed before moving to the next.

Both flows and complexes are great ways to train strength and endurance, get a ton of work done in a short amount of time, and train smart with limited amounts of equipment. So, with all that said, what’s the down side?

Well, let’s go back to the purpose of both. Legendary strength coach, Istvan Javorek (who worked with many Olympic athletes) is often credited with really systemizing and making complexes popular. His goal for them was the following…

“The main purposes for these exercises were to figure out an easier way to do an exercise complex, which would change the monotony of a workout, and at the same time have a greater influence on the neuro-muscular and osteo-muscular system…..

My determination for doing this experiment with these two complex exercises it was to try and give more variation to a workout; to try and change the same day-to-day workout routines; to “shock” an athlete’s musculature after a hard competitional season and to stimulate the muscular growth or endurance in the preparatory period; to try and build up a specific endurance and cardio-vascular capacity, a specific muscle tone, a good muscular coordination, and a perfectly balanced, well-developed, harmonious musculature. Being an athlete, I learned that the coaches do not give too much time and attention for rebuilding an athlete muscular-tendonal system. Also I learned, that after each competitional season I had a greater improvement if I introduced in my workout some unusual, non-specific exercises, which were stimulating my whole physiological system.” 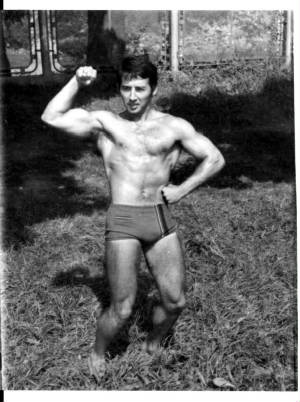 So, there was a specific purpose to the use of complexes and flows than most realize. Somehow they have become more philosophical than this and we see people not optimizing what flows and complexes have to offer.

There aren’t super strict rules with complexes and flows, but there are things that make them better. For example, I see all sorts of random combinations of movements in flows and complexes, heck, people are curling and cleaning in the same flow or complex. I don’t care how tired the series makes you, curling and cleaning the same weight is just a bad combo.

There will always be movement in the flow or complex that will limit the weight you can use. However, it shouldn’t be SUCH a limiting factor that it makes the load for the other movements almost unproductive. That means the movements should be somewhat close in nature in what you can use in a loading perspective.

Traditionally that could be tough because a complex of squat-clean-press is obviously limited by the weight one could press well compared to the clean or squat. However, with our DVRT principles of changing body position, load position, or plane of motion we can balance out these components to give a more well balanced flow or complex.

This can speak more to complexes but applies to flows as well. Sometimes the order of the series puts the lifter at a big disadvantage. Let’s go back to our clean-squat-press example. Performing that order fatigues the lifter for the hardest lift in the series. So, we can do a few things.

Option 1: Put the limiting lift first. So in the series I demonstrate below, the lateral row is the most limiting exercise. Putting it first helps manage fatigue.

Option 2: I love this idea from Coach Dos. You can build a cool chain. What’s that? If we take a press-squat-clean example we could do the following (these are reps for each movement)

Total: 5 presses, 5 squats, 15 cleans. Instead of doing 15 straight cleans or even 5 straight presses or squats allows us to build better strength and conditioning.

Set 2 we would do the same for the squat and keep the clean and press at singles. Set 3 we could do for the press if we wanted (at that time the load may change as you are going to be quite fatigued from the cleans and squats.

As you can see with can have purpose and creativity with our training at the same time! Like anything else in our training if we don’t have the right intent driving what we are doing we can’t expect to see any real results. I love to workout, I like results even better! This doesn’t mean we cut out your creativity either! Check out this great series Paige shows that does a great job blending these concepts.

Check out this great complex by DVRT Master, Greg Perlaki!