Starting off a new therapist waaaaaaaaayyyyy back in the day, I really didn’t know how to progress exercises, I had no system of progression when it came to my patients moving beyond certain exercises. If a patient couldn’t perform a specific movement I just went and tried to find whatever exercise they could perform. Looking back I could have made a bigger impact if I had more of a system especially, when it came to pelvic stability exercises.

I pretty much did the same with each patient, almost like a protocol, and just hoped that it worked. I really didn’t have a method to progress them beyond what the “books” would say. When it came to patients that needed to focus on pelvic stability exercises all I had in my tool box was a few variations of bridging, clams, pelvic tilts (which I can’t believe I used as I type the words but that’s for another blog someday!), really bad dead bugs and a few others, but all table based exercises nothing progress beyond supine or side lying  exercises. That was a huge mistake, as we are upright beings so we should be able to progress pelvic stability to standing or weight bearing exercises in order or to see if people can really stabilize in more functional patterns.

When I look at social media and all the home workouts going on I’m happy to see that people are trying to do something positive! However, I do have to chuckle a bit as it seems like people are often relegated to about the same 5 bodyweight exercises. Of course that involves some sort of plank, either holding for ungodly amounts of time or some wild version. Neither is really necessary if we understand the role of the plank and why it is such an important core exercise. ____________ Our core training is more about connecting the body, especially the lower and upper body to create seamless and efficient movement. The core is designed to help us keep our trunk from excessively moving and in all actuality, allowing us to move without compensation. So, just planking for the sake of planking isn’t really the point. These dynamic planks that we use in #DVRT show how we take the lessons of the plank to more functional activities. ___________ There is such a bigger world of planks and strength training than most people realize. That is why today’s post is all about what makes for a good plank and where we go with it in training. ➡️ Check out the whole article with tons of tips and exercises with the 🔗 in my BIO

So what is pelvic stability and why are we taking about it? 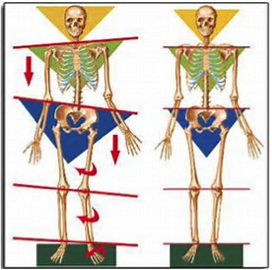 Basically the bodies ability to stabilize the trunk so the lower limbs can move and function properly. Which allows for rather basic activities, such as walking.

How does the pelvis become insufficient or unstable anyway? Well, it can be things as basic as a sedentary lifestyle, sitting with poor posture or for way too long during get day, pain can cause compensations to occur, so several things can cause some instability to occur.

Pelvic instability can often be the cause of low back pain or SI joint problems as well as cause faulty movement patterns, so it becomes a focus in the rehab setting. 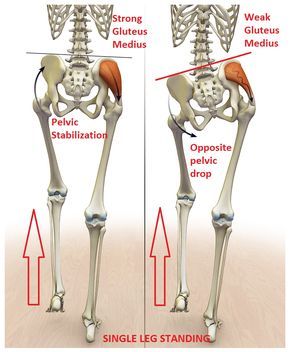 Once we have solidify a strong foundation on the ground with our base pelvic stability exercises as mentioned above, we can progress to standing which is where people really don’t focus upon but it is rather important, if we can stabilize on the gourd but not in standing there is no carry over to that stability and we can see issues arise.

Find out more about how we help people move better, perform better, and feel their best with our DVRT education. Right now you can save 30% AND get over 100 workouts for FREE with code “pb30” HERE

Bird dogs are an exercise I used as a physical therapist with honestly great frustration. I knew that bird dogs were a great way to train core stability and pelvic control, but patients often had a hard time executing them in a manner that was effective. Often I found myself giving cues that had little impact and in retrospect I wonder what I was even saying? _____________ “Use your core”, “engage your abs”, what was I saying? Then of course I would put my hands on their pelvis and try to have people understand what I wanted. Again, looking back, it made little sense. My verbal cues didn’t describe to my patients HOW to use their core and control the movement and my physical cuing didn’t teach them how to control their body on their own. It wouldn’t be till much later that I realized that both progression and cuing could be much better with the bird dog. _____________ The first thing to get people to get their core engaged properly is to get them to develop proper ground tension. “Grabbing” the ground with the hands, driving the balls of the feet into the floor create the proper foundation and stability that we can then move from. However, just lifting an arm off the ground is typically WAY more advanced than most people are ready for in the bird dog. Giving them more feedback, allowing them to create more tension for stability allows us to progress to more reflexive core training. ______________ Our #DVRT drags are a great example of a strong starting point because of the friction and connection we make when we position the Ultimate Sandbag properly, grab the handles correctly, and perform that slow and deliberate drag. A @perform_better mini band row allows us to make the bird dog more reflexive but also reinforces on the ground hand how to create that tension and the rowing arm brings in a great connection of the lats, core, and glutes. Going to more of a super band Y, I, or T gives us a powerful in between to going to just bodyweight. This often confuses people because they are so use to weight making an exercise more difficult, but with the proper intent it can be one of the greatest teachers and ways to make progress we have.